SilverSneakers member Tom Gribben refused to let back pain suck the quality from his life. 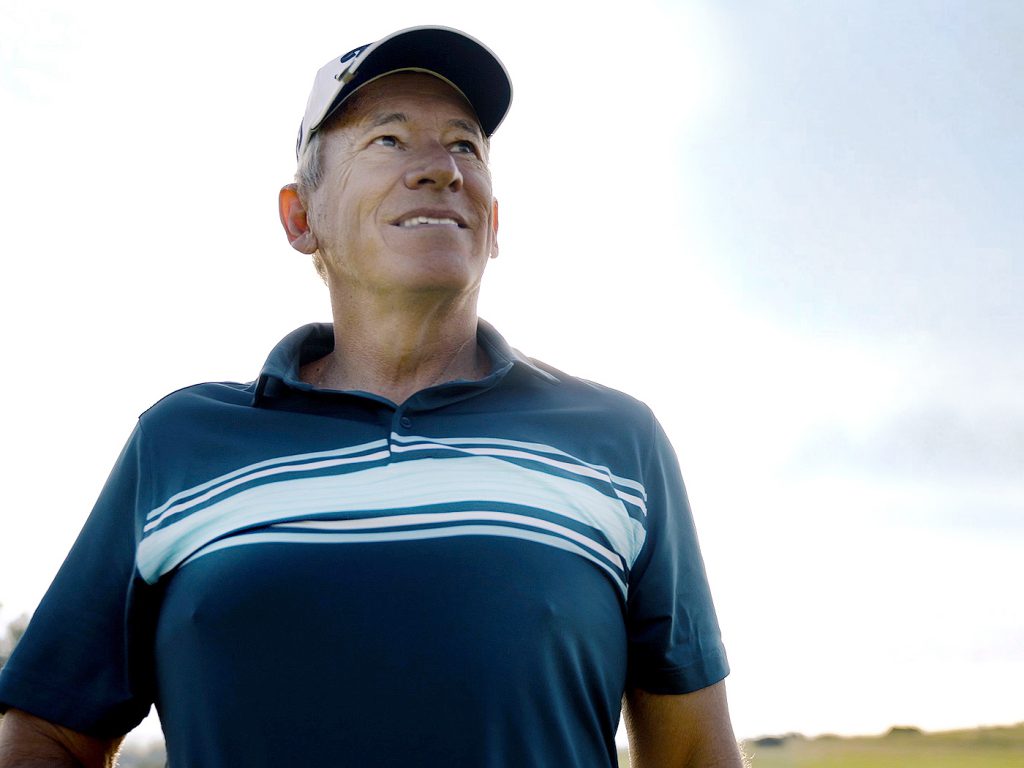 Tom Gribben’s life changed on the day his doctor handed him a back brace and told him it was his future.

“I took one look at it and said, ‘Nope, I ain’t wearing that thing,’” Tom remembers. “And then I walked right out of there.”

It was a brave move for Tom, as he’d been in almost constant pain for several months, after injuring his back while shoveling snow outside his home in Pueblo, Colorado. The 65-year-old soon learned that he had two herniated discs, which made it impossible to do the things he once took for granted—like shoveling his own driveway, for starters. Also on the list: golfing, one of his passions, and mowing his lawn, which wasn’t just a chore for Tom but a source of stress relief.

“I didn’t like giving that up,” he says. It got worse when his wife of 44 years, Lois, volunteered to mow the lawn for him. Tom would sit inside, immobilized by pain, and watch from the window as Lois did the weekend ritual that used to give him so much pleasure. “It was frustrating,” he admits. “I’d think to myself, ‘That should be me. I have to work on myself so I can get back out there.’”

Tom’s Search for a Solution

Tom first looked for a medical remedy. He visited several doctors, including a neurosurgeon who wanted to “cut me open and fuse my lower back,” he says. “Well, I was having none of that.”

After the back brace was suggested, he’d reached the end of his rope. “I felt like if I did that, I’d start relying on it,” he says. “You wear a back brace to ease the pain, there’s a chance you end up wearing it for the rest of your life. I didn’t want that.”

So Tom tried something different. He went to the gym and signed up for the SilverSneakers program.

Tom wasn’t a stranger to working out, but he knew that to repair the damage to his back, he’d have to be more ambitious, exploring areas of the gym that he’d previously avoided. Like the pool.

He was amazed at the instant results. “I’d swim 900 yards and suddenly feel like a different person,” he says. (Learn more about the many benefits of swimming and water exercise in our guide.) 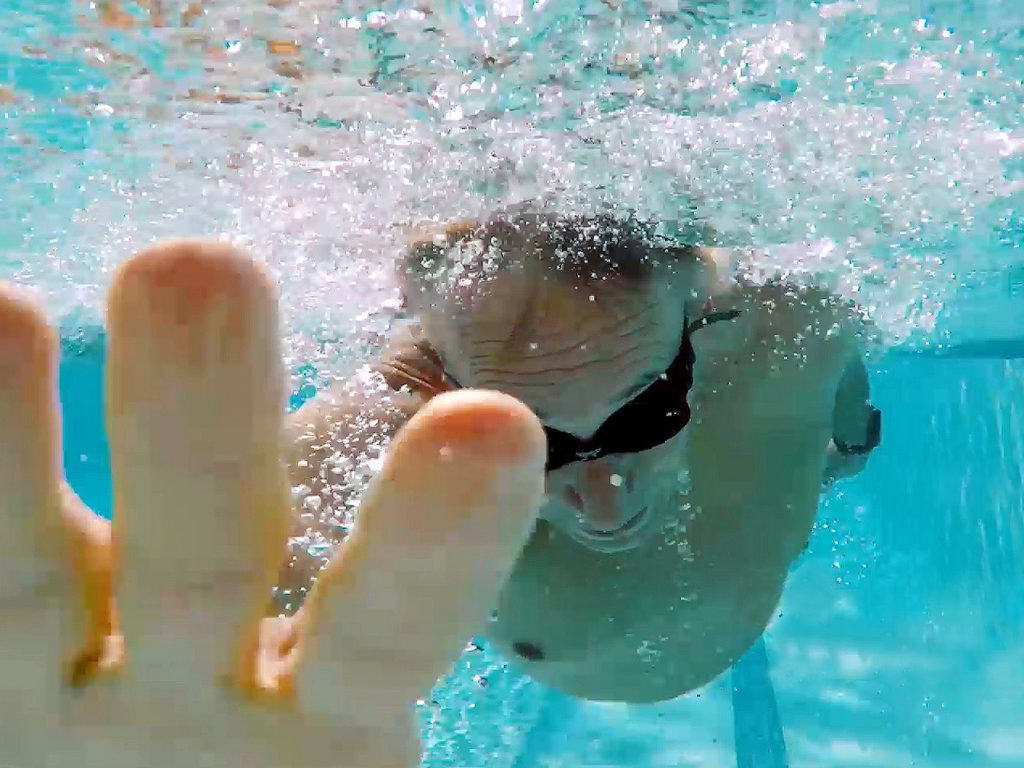 On the advice of his wife, he even tried his first yoga class. Initially, he wasn’t crazy about it—“It was interesting,” he says hesitantly—until he found an instructor he connected with. “She’s really great,” he says of Robin, a SilverSneakers yoga instructor. “She takes it nice and slow and easy, and I never feel overwhelmed. I never thought of myself as a yoga guy, but she’s pretty awesome.”

The #1 Thing That Keeps Tom Motivated

The biggest reason Tom loves SilverSneakers isn’t the instructors or the fitness programs. It’s the community. “I don’t like doing it on my own,” he says. “If I had all this exercise equipment at home, I don’t know if I’d use it. But when you go to these classes and meet these people, and they become part of your social circle, it’s the reason you show up day after day.”

Now, Tom comes to the gym an average of four times per week. “I look forward to being here,” he says. “It’s not an obligation—it’s something I actually miss when I’m not at the gym.”

Of course, like anybody, there are days he’d rather not be there at all. We’ve all felt that lure of blissful avoidance, when staying home and doing nothing seems like the better alternative to getting dressed and driving to the gym.

“But after a while, you start to realize what a difference it makes,” Tom says. “Even at my worst, when I’d rather be anywhere else, I just remind myself that I don’t feel as good when I don’t go, and how great it feels after a workout, when all those endorphins get released and your body feels so energized and alive. The more often you show up, the easier it is to remember, ‘Oh yeah, this feels so, so good.’”

Since joining SilverSneakers, Tom has come out of retirement. A decade ago, he left his post at the local community college, where he taught subjects as diverse as anatomy, biology, and astronomy. But at 65 years old, he’s returned to teaching four days per week, and not because he needs the money.

“I just missed it,” he says. “And I was feeling strong enough and healthy enough that I wanted to get back in front of a classroom.” 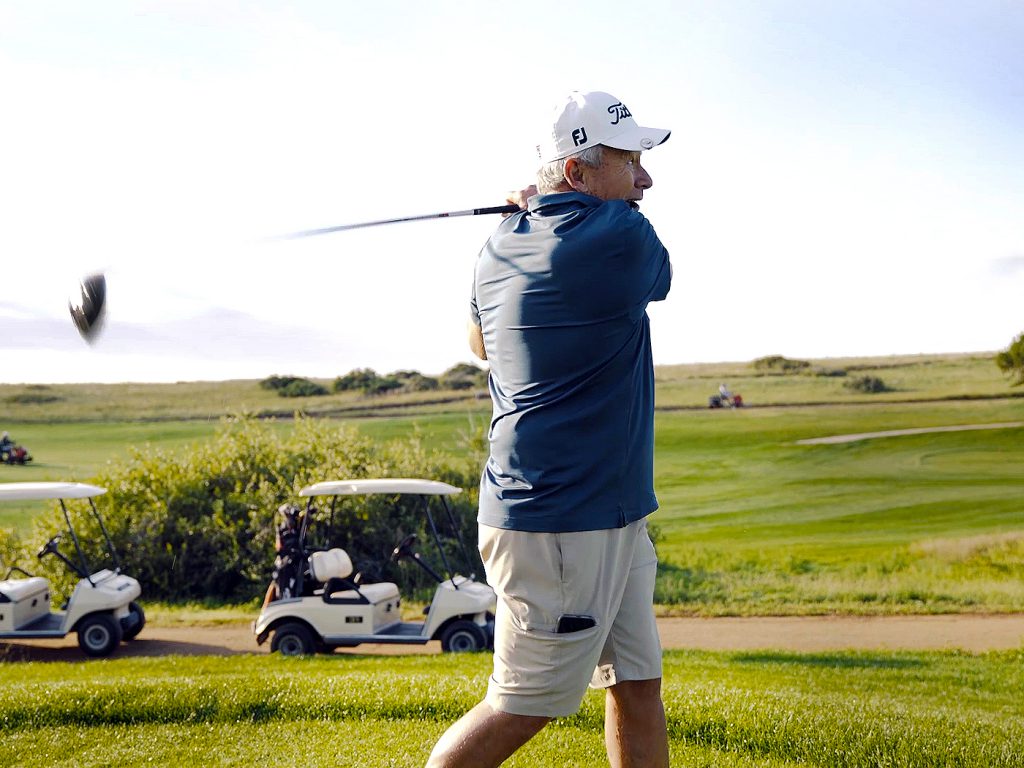 When it gets overwhelming—and being on your feet for hours at a time can be exhausting, regardless of your age—he’s found that a quick trip to the gym, to swim or take a yoga class, can make all the difference. “I’ll teach a class, go swim a few laps, and then drive back for another class,” he says. “Getting in the water is all it takes to make me feel like myself again.”

In case you’re wondering, yes, Tom’s golfing—and mowing his lawn again. All 4,000 square feet of it, both the front yard and backyard. And he does it with a smile on his face. “I’m never giving that up again,” he says. “Life’s too short not to mow your own lawn.”