If you want to add years to your life and life to your years, it’s time to take the plunge. 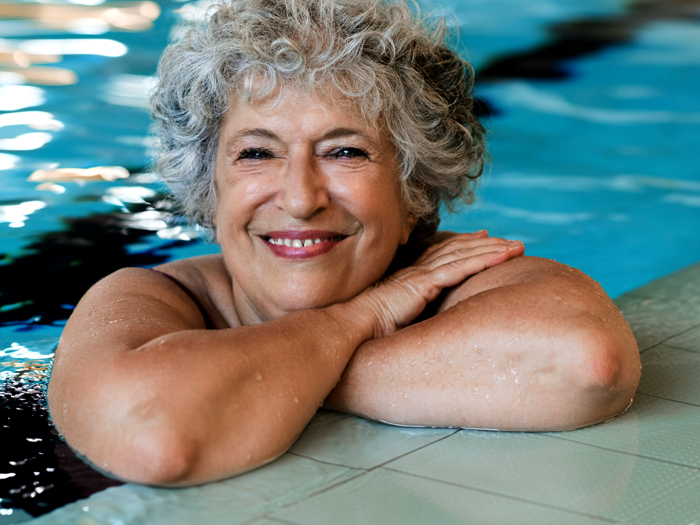 Think the fountain of youth is a myth? Not so fast. Researchers at the University of South Carolina department of exercise science have uncovered evidence that it may be quite real.

The wrinkle: You don’t drink it. You exercise in it.

In a long-term study, researchers analyzed health data from 40,547 men between the ages of 20 and 90. At the beginning of the study, each volunteer was assessed on a variety of measures: cholesterol levels, blood pressure, heart disease, diabetes, smoking, alcohol use, and exercise habits. All told, 15,883 of the men reported engaging in no exercise at all. Another 3,746 walked regularly; 20,356 ran; and 562 stayed fit by swimming.

The researchers followed each group’s respective fate for an average of 13 years. By the end of the study, some 3,386 overall had died. Perhaps not surprisingly, the Reaper took its greatest toll on the sedentary guys, 11 percent of whom had succumbed. Walkers fared better—just under 8 percent died. Runners did better still, with a death rate of 6.6 percent. The real surprise, however, occurred in the swimmers. Less than 2 percent had perished by the study’s end.

Steven Blair, P.E.D., lead researcher of the study, cautions against overstating the results because the number of swimmers in the study was relatively small compared to the other groups. “Swimmers did have the lowest death rate, about 50 percent lower than the other activity groups,” he says. “Still, I’m unwilling to go out on the limb too far and declare that swimming is actually better than running in reducing mortality risk.

“I think the main message,” he continues, “is that swimming appears to have definite survival benefits.”

Bragging rights aside, swimming does have advantages over land-based exercise. Chief among them: low injury rates. Running, tennis, and team sports are associated with a higher risk of injuries among adults, according to a study in the International Journal of Epidemiology. Swimming, by contrast, is not—which is one reason so many exercise physiologists tout it as an ideal lifelong sport.

Provided you practice good technique, swimming is an extremely forgiving form of exercise, says Joel Stager, Ph.D., director of the Indiana University Counsilman Center for the Science of Swimming. “Working out in water is largely non-impact,” he says. “There isn’t nearly as much wear and tear on the joints as there is in running.”

For some people, such joint-friendliness can mean the difference between staying active and hardly moving at all. Older adults with arthritis, heart disease, prior injuries, or extra weight may find even slow walking too painful or difficult. Not so in your local swimming hole, thanks to the buoyancy of water.

Get Started with Water Aerobics

You don’t need to be Michael Phelps or Katie Ledecky to get a big boost from water exercise. In fact, you don’t even need to swim.

Water aerobics classes can improve heart health, muscle strength, and joint mobility in a fun, supportive environment. SilverSneakers Splash, for example, is a water aerobics and strength class designed for all skill levels—even non-swimmers. WATERinMOTION, another aqua exercise class, offers a high-energy workout that reduces impact on your knees and back.

Both classes are available through SilverSneakers, a health and fitness program that’s included with many Medicare Plans. Check your SilverSneakers eligibility instantly here.

Take Your Swimming to the Next Level

Of course, if you want to venture beyond water aerobics, actual swimming provides health benefits too—and in some cases an astonishing level of physiological upgrade. U.S. Masters Swimming is a nationwide community of nearly 65,000 adults committed to swimming for fun and fitness. You don’t have to compete, but a good number of these swimmers race in age groups that range from 18 to 24 all the way to 100 to 104.

These competitive swimmers have attracted research interest because they appear to be trailblazers for optimal aging. A study from the University of Michigan College of Pharmacy, for instance, looked at hypertension in 1,346 Masters swimmers compared to age- and gender-matched folks from the general population. The swimmers, they found, were more than twice as likely to be free of high blood pressure as their landlubber peers.

In other work, Stager and his colleagues assessed biological markers of aging in 172 Masters swimmers attending a national competition. Though this number likely included some of the top adult athletes in the country, their health advantages over their peers in the general population were nevertheless eye-opening:

“Masters swimmers,” concludes Stager, “appear to maintain a higher level of functioning, independence, and quality of life as they age.”

Love to swim laps? Improve your technique and get the results you want with these 10 tips for a better swimming workout.