New research says one in three dementia cases could be prevented with lifestyle changes. Here’s your game plan. 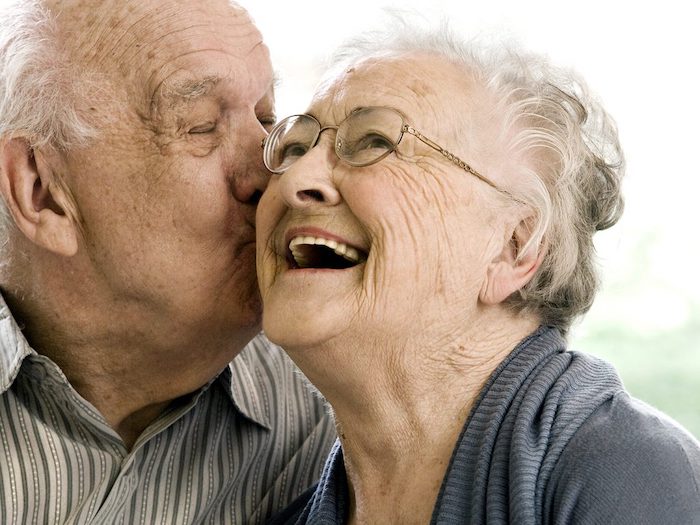 Everyone occasionally forgets where they parked or where they put their keys. But as you get older, these kinds of slipups can make you wonder: Is your memory starting to go? You may be especially uneasy if one of your parents had Alzheimer’s disease.

Whether Alzheimer’s runs in your family or not, it makes sense to be concerned about brain health. Dementia, which includes Alzheimer’s disease as well as other types of cognitive impairment, is incredibly common. An estimated 47 million people in the world have it, and there are 9.9 million new cases each year, according to the World Health Organization.

While you might feel like a sitting duck waiting for dementia to strike, you actually have quite a bit of power. For starters, it’s true that some cases of Alzheimer’s are caused by a genetic mutation, but that applies to an extremely small percentage of people. What’s more, a recent report published in The Lancet concluded that one in three dementia cases could be prevented with lifestyle changes.

“I’m an old pharma guy, and we’ve been working on drugs for Alzheimer’s for a long time,” says James Hendrix, Ph.D., director of global science initiatives for the Alzheimer’s Association. “If we had a new drug out that could reduce dementia cases by one-third, that would be big news.”

In case you were wondering, no such pill exists yet. But the lifestyle changes required to yield similar results certainly do—and they’re very much within your reach. If your goal is stave off memory loss for as long as possible and maybe even forever, here’s your game plan.

Get and stay fit with SilverSneakers! Choose from dozens of different Community classes, visit a participating fitness location, or view the current schedule of SilverSneakers LIVE online classes here.

MIND, which stands for Mediterranean-DASH Intervention for Neurodegenerative Delay, is a hybrid of the traditional Mediterranean diet (which emphasizes fruits and vegetables and limits red meat and sweets) and the DASH diet (an eating plan designed to lower blood pressure). Not only can MIND help you lose weight, but following it might also cut your risk of Alzheimer’s by as much as 53 percent, according to research published in Alzheimer’s and Dementia: The Journal of the Alzheimer’s Association.

The MIND diet features lots of leafy greens, nuts, berries, beans, whole grains, fish, poultry, olive oil, and wine. According to the experts at Rush University, where it was developed, “The MIND diet includes at least three servings of whole grains, a salad, and one other vegetable every day—along with a glass of wine. It also involves snacking most days on nuts and eating beans every other day or so, poultry and berries at least twice a week, and fish at least once a week.”

Another dietary approach that may have the potential to protect brain health is the Nordic diet, which is rich in fish and vegetables, except for starchy ones, Hendrix adds. Whatever plan you follow, try to stick with it most of the time. While it’s fine to have ice cream or steak once in a while, “you can’t have only one healthy meal a week and expect to solve the problem,” Hendrix says.

“The science is not settled” when it comes to sorting out exactly how much physical activity is needed for good brain health, but a lot of studies suggest that it’s important, says Kenneth Langa, M.D., Ph.D., a professor of internal medicine at the University of Michigan Medical School and a member of the National Academies of Science, Engineering, and Medicine committee on preventing dementia and cognitive impairment. His advice: Start slow, and work your way up to about 30 minutes of moderate activity at least five days per week.

This goal is similar to what the ongoing Pointer trial, a two-year study on reducing cognitive decline that will include 2,500 people, will recommend for participants: aerobic activity at least three to four times per week. Results are expected in late 2022 or 2023.

For now, as with diet, consistency is key. “You want to make it part of your lifestyle, so do something you enjoy,” Hendrix says. “If you like to walk, walk. If you hate to swim, don’t take up swimming.”

Check with your doctor before kicking up the intensity of your fitness program. If chronic pain or fear of injury is stopping you from getting active, let your doctor know so you can get proper treatment if needed and tips to exercise safely.

Once you get clearance from your doc, check out these tips to get started with:

Whether or not it leads to a stroke, high blood pressure is bad for your mind. The reason: All that pounding against the blood vessels leading to and within your brain can damage them, says Dr. Langa. And having a stroke, which interrupts blood flow to the brain, can trigger dementia.

It’s also smart to do what you can to keep your cholesterol and blood sugar in check. While the “scientific evidence is a bit stronger for blood pressure control right now,” high LDL cholesterol can lead to blockages in the arteries that disrupt blood flow to the brain, Dr. Langa says.

High blood sugar—caused by uncontrolled diabetes—is also a major problem. “There’s a direct negative effect of high blood sugar on brain cells themselves,” and having diabetes also increases the chance of developing blockages in your arteries, Dr. Langa explains.

If you don’t know if your blood pressure, cholesterol, and blood sugar are healthy, talk to your doctor. If your numbers are too high, a combination of lifestyle changes (like a healthier diet and more exercise) and medication can help.

At the very least, don’t become a shut-in. Several small studies have suggested that people who regularly spend time with friends and family, join clubs, volunteer, or go to church are less likely to develop dementia. “The data isn’t as strong as it is for exercise and diet, but the literature does seem to indicate that social isolation can increase cognitive decline,” Hendrix says.

It makes sense that being social would help. “You keep your brain active just by talking to somebody,” he says. Plus, people who surround themselves with friends tend to have lower rates of depression, which increases the risk of dementia, according to several studies.

Check out these tips to stay connected, strengthen your marriage, and bond with your adult children. And if you’re feeling sadder than usual or notice changes in your sleep or appetite, talk to your doctor. These could be signs of depression or another health issue. The good news: Depression can be treated.

You don’t have to do crossword puzzles to keep your brain sharp. In fact, there’s not a lot of proof that it will help, though if you’re currently bad at them and force yourself to work at it there might be some brain benefits. What’s more important is “to be a lifelong learner,” Hendrix says.

Learning new things—whether you take a French class or violin lessons, or just make an effort to stay up-to-date on world events—forces you to stretch your mind and build new connections between the neurons in your brain, Hendrix says. Trying a new SilverSneakers class or fitness class in your community counts too—and will also help you keep moving and stay social. That’s a win-win-win!

The science in this area is evolving at a rapid pace, and you can drive yourself crazy trying to keep up with all of it. Instead of stressing on the details of each small finding, simply focus on leading an overall healthy lifestyle, Dr. Langa says.

If you’re eating a well-balanced diet, getting some exercise, staying engaged with others, and doing new things, then you’re on the right track. “The shorthand I have for my patients is that they should walk, talk, and read,” he says.

And if you notice any changes in your health, check in with your doctor. The sooner they can identify any health issues that increase your risk for dementia—whether it’s high blood pressure, diabetes, depression, or something else—the sooner you can do something about it.