Learn what you can do to prevent stroke and how to spot the symptoms so you can get help fast. 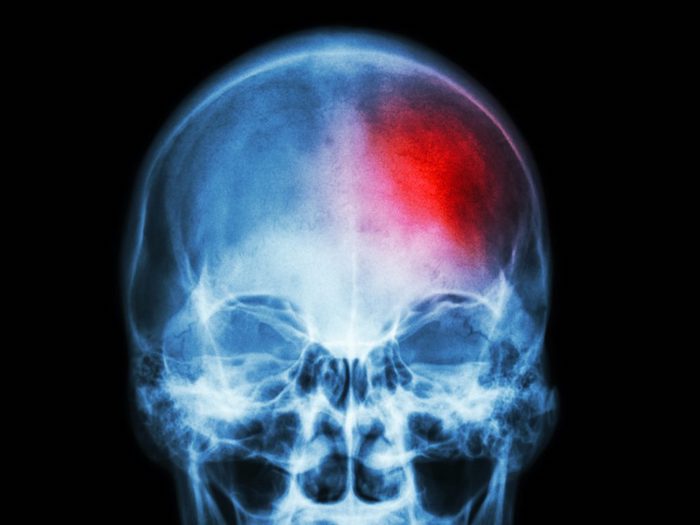 In the United States, someone has a stroke every 40 seconds. They’re often fatal, but they’re also the leading cause of disability among adults—a fact that should concern anyone who’s hoping to preserve their mobility, speech, and overall quality of life as they age.

Fortunately, if you get help quickly, you’re much less likely to experience long-term complications. That means quickly realizing a stroke is happening, which isn’t always easy. In fact, one survey found that only 38 percent of respondents recognized all the major symptoms and knew to call 911 immediately.

Read on for six key facts about stroke. They just might save your or your loved one’s life.

Stroke Fact #1: Your Risk Increases with Age, But You Don’t Have to Be “Old” to Have One

Nearly 33 percent of people who have strokes are between ages 20 and 64, according to the National Stroke Association, so don’t dismiss the risk at any age. That said, it’s even more important to have stroke on your radar after your 65th birthday.

Other risk factors are the same as those that raise your chances of having a heart attack. High blood pressure is a major one and so is having an abnormal heart rhythm like atrial fibrillation, says Gina Lundberg M.D., clinical director at Emory Women’s Heart Center in Atlanta.

An estimated 80 percent of strokes are preventable, according to the American Stroke Association. But you need to understand your risk factors so you can do something about them, Dr. Lundberg says. “You need to be mindful of your diet, exercise, keep your weight down, don’t smoke, and get your blood pressure checked regularly.”

If it’s been a while since you’ve had your blood pressure checked, see your doctor. While you’re at it, talk about your lifestyle habits and how they affect your stroke risk. And if you smoke, don’t be afraid to ask your doctor for help—you’ll increase your chances of quitting.

Stroke Fact #2: Women Are at Greater Risk Than Men

Both sexes are vulnerable, but more women than men will have a stroke. You might also be surprised to learn that stroke kills more women each year than breast cancer.

If you’re a woman, you may have other surprising risk factors based on your health history. Women who had preeclampsia or eclampsia when they were pregnant—even if that was decades ago—have an elevated stroke risk, Dr. Lundberg says. Ditto for women who suffer from migraines.

Stroke Fact #3: There Are Two Main Types, and They Call for Totally Different Treatments

Most strokes are ischemic, which happens when a blood clot, plaque, or other fatty deposit breaks off and blocks an artery to the brain. In that case, a drug like tissue plasminogen activator (tPA) can be used to bust up the clot and restore blood flow.

But you can’t just show up at the ER and demand this drug. In fact, if you have the other type of stroke—hemorrhagic—taking tPA is pretty much the worst thing you could do.

Hemorrhagic stokes happen when a blood vessel bursts and leaks blood into the brain. Although they’re less common than the ischemic variety, they can be more deadly. The remedy varies based on how big the bleed is and where it’s located. You might simply be put on blood pressure meds and monitored, wheeled into emergency surgery, or be eligible for a minimally invasive (but currently experimental) procedure in which a tiny tube is used to drain excess blood, says William Meurer, M.D., an associate professor of emergency medicine and neurology at the University of Michigan Medical School.

Stroke Fact #4: You Have Only 90 Minutes to Get Treatment

When you have a stroke, your brain is deprived of oxygen and other vital nutrients. The result: About two million brain cells die every minute, so you need to move quickly.

If you’re having an ischemic stroke, you generally need to receive a clot-busting drug (tPA) within three hours of symptom onset, but “patients who are treated within 90 minutes do a lot better,” Dr. Meurer says. That doesn’t mean you can sit around at home for 90 minutes. You’ll need to get to the hospital, see a neurologist, and have a CT scan before you’re even eligible.

Yet many people delay calling 911, Dr. Lundberg says. “Sometimes they want to be optimistic and think, ‘Oh, this will get better soon.’ Or they know something is wrong, but they don’t know the symptoms.”

Embarrassment and reluctance to be a bother may also factor in. Women struggle with this the most, Dr. Lundberg says. “Studies show that if your mom, friend, or sister has a problem, you’ll tell them to call 911 right now. But if you’re the one having symptoms, you’re more likely to say ‘Oh, I don’t want to overreact and go to the ER needlessly’ and call a friend to discuss it.”

To learn—and remember—the key stroke symptoms, memorize the acronym FAST. It stands for:

When someone is having a major stroke—especially when there are onlookers—it tends to be pretty clear, Dr. Meurer says. After all, it’s hard to ignore it when an entire side of your body stops functioning or you can’t talk at all. But sometimes the signs are subtler. “One arm or leg might feel a little weak, or you might be dizzy or have a balance problem,” he says. “It’s not as dramatic as having one side of your body paralyzed, so it’s easier to ignore.”

Brushing it off is exactly what you shouldn’t do. You might be having a smaller stroke, which still calls for medical attention since it could leave you with some impairments—and set you up for a bigger stroke down the line.

While it may not be realistic to call 911 every time you feel a bit dizzy, Dr. Meurer says it’s a red flag if the sensation comes on quickly. “If you’re fine and then all of a sudden you’re dizzy and can’t walk—and walking was something you could do before—you should seek medical attention,” he says. Same goes for any sudden weakness, headache, or numbness.

Dr. Meurer also urges everyone to pay attention to language and speech difficulties. If a previously coherent person suddenly seems confused—even if individual words don’t sound like gibberish—it’s best to get medical help.

Stroke Fact #6: It’s Possible to Have a Stroke and Not Know It

A stroke’s impact depends on which part of the brain is being deprived of nutrients and for how long. It’s not uncommon to have a mini stroke—known as a transient ischemic attack (TIA)—and have no idea until you later have a CT scan for something else.

But that doesn’t mean it’s harmless. A TIA can cause damage in an area of the brain that’s not crucial for everyday functioning, but it’s damage nonetheless. “And we want to figure out what caused it, to make sure you don’t have a bigger stroke down the road,” Dr. Meurer says.

Symptoms of mini strokes are essentially the same as regular strokes, which include numbness or weakness on one side, speech trouble, vision loss, and confusion. But with a mini stroke, the clot quickly breaks up on its own, so symptoms might only last a few minutes until blood flow is restored.

“If you have a small stroke and your arm doesn’t work for 15 minutes, it could be a sign of a blockage in the carotid artery that supplies blood to your brain,” Dr. Meurer says. “If it happens again, that functioning might not come back.”

His advice: When in doubt, get checked out. And if you live alone, consider investing in a medical alert device that enables you to call for help with the touch of a button.