If you or someone you love is still smoking, make sure to read this. 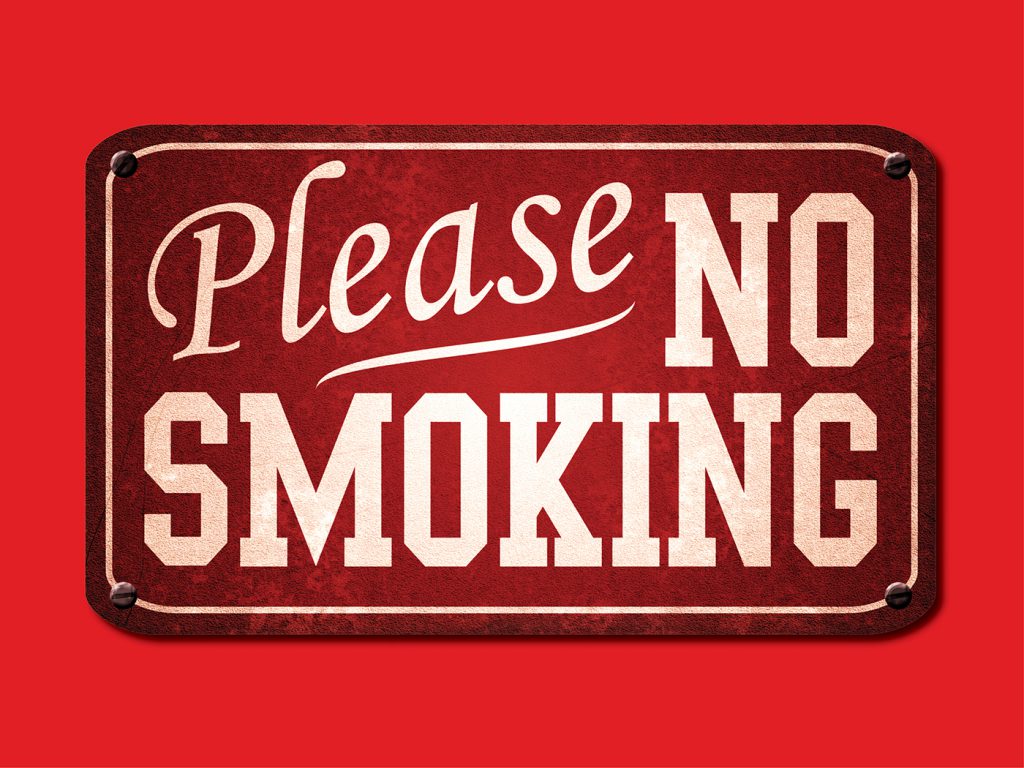 It’s been more than 50 years since the Surgeon General first linked smoking to cancer, chronic bronchitis, and heart disease. Since then, the number of Americans who smoke has decreased significantly: from 42 percent in 1964 to 15 percent today, according to the Centers for Disease Control and Prevention (CDC).

Tobacco research and education have helped drive this change, says Alex Prokhorov, M.D., Ph.D., director of tobacco education outreach at MD Anderson Cancer Center in Houston. But even with all that’s known about smoking, many myths still exist. Here are eight of the most common ones—and the truth behind them.

This is often the biggest reason people, especially women, are afraid to quit smoking, Dr. Prokhorov says. It’s true that you might gain a few pounds, but not necessarily because you quit smoking. You can’t taste food as well when you smoke. After you quit, your sense of taste rebounds.

“Since you’re able to taste food a lot better, you eat a little more,” Dr. Prokhorov says. If you eat a healthy diet and stick to smart food portions after you quit, you can avoid weight gain.

Myth #2: I’ve Been Smoking for Years—No Point in Quitting Now

What if you’ve been diagnosed with lung disease, heart disease, diabetes, or other chronic condition? Quitting smoking is one of the best ways–if not the most important way—you can help your health. It can make your treatment work better, improve symptoms, and lower your risk of health complications.

Actually, smoking is causing your stress, Dr. Prokhorov says. Nicotine in tobacco is addictive. When you smoke, nicotine reaches your brain quickly—but it also wears off fast. You experience withdrawal symptoms and crave another cigarette. When you light up, the stress cycle restarts.

Myth #4: My Lungs Are Already Damaged from Pollution So Smoking Won’t Make Them Worse

Many people who live in big cities or industrial towns with poor air quality believe this, but it’s not true. “It’s simple math,” Dr. Prokhorov says. “If you inhale cigarette smoke on top of polluted air, it’s double the trouble.”

Myth #5: A Few Cigarettes a Month Won’t Hurt Me

Don’t be fooled into thinking that smoking “just” when you’re with friends or on weekends won’t affect your health. Any tobacco is bad for you. In addition to the tobacco itself, cigarettes contain harmful chemicals like cyanide, arsenic, formaldehyde, and ammonia—just to name a few. “You’re still at risk for smoking-related diseases,” Dr. Prokhorov says.

Electronic cigarettes, also known as e-cigs, use batteries to heat flavored liquids that produce vapor instead of smoke. They are often marketed as better for you than regular cigarettes. But in 2016, the Surgeon General determined that e-cigs often contain nicotine and other dangerous chemicals.

Myth #7: I’m Only Hurting Myself

Secondhand smoke has been linked to cancer, heart disease, and breathing problems in people who don’t smoke. Then there’s thirdhand smoke, which is the residue that lingers on surfaces like floors, furniture, and clothing, even in well-ventilated rooms. “Think of toddlers who are crawling and putting their hands in their mouths,” Dr. Prokhorov says. “They get that residue from cigarette smoke.”

Myth #8: People Who Smoke Are Happy They Smoke

Smoking is a burden on your body and budget, and many smokers are unhappy they do it. “I’ve seen people who have tried to quit and don’t know what to do,” Dr. Prokhorov says. “That tells you about the strength of addiction.”

The great news: It is possible to quit, even if you’ve tried to quit before. There are more ex-smokers than current smokers, according to the CDC. And many people have to try a few times before they quit for good.

Ready to Quit—Or Thinking About It?

Whether it’s your first time trying to quit or your fifth (or more!), it’s a step to a healthier you. You’ll be more successful if you get support. You can: