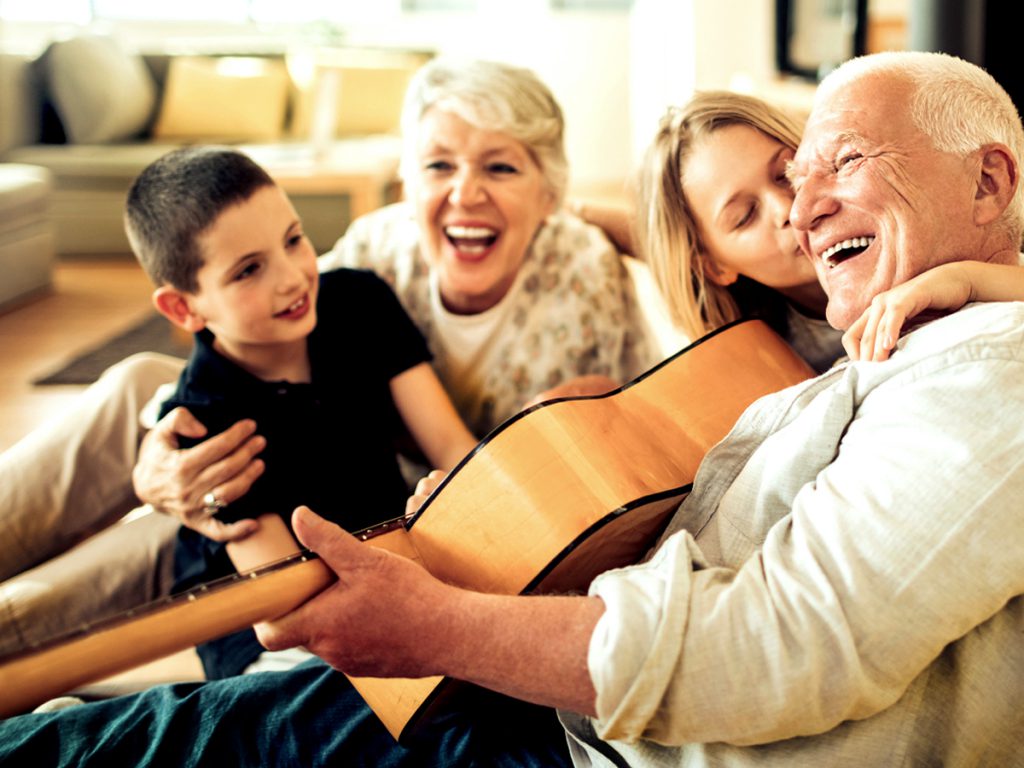 The dark ages. That’s how to best describe the medical community’s understanding of brain diseases like Alzheimer’s and dementia just a decade ago.

Times have changed. Hardly a week goes by without new hope for a treatment or even, someday, a cure. “You’re now seeing a strong movement toward getting people in as soon as possible,” says Michelle Papka, Ph.D., director of the Cognitive and Research Center of New Jersey. “There are lifestyle factors and experimental medicines that may have the potential to combat the pathology. What we’re learning is that the earlier people get started with these interventions, the better.”

According to a 2015 report by the Alzheimer’s Association, only 45 percent of people with Alzheimer’s disease were told of the diagnosis by their doctor, and most of those diagnoses came in the advanced stages of the disease, meaning patients were unable to participate in their own end-of-life planning and decision-making.

Papka says that all older adults—even those without symptoms or family history—should adopt lifestyle changes and practice daily activities that are proven to boost brain health. “There’s no downside,” she says. “You’ll stay sharper longer.” Start with these six.

Three of the biggest risk factors for developing Alzheimer’s or dementia are age, family history, and diabetes, says R. Scott Turner, M.D., professor of neurology and director of the Memory Disorders Program at Georgetown University. “You can’t do much about two of those risk factors, but the third is within your control,” he says.

Improving your diet is beneficial to your overall health in too many ways to count. But if you want a leg up in the brain health department, you might want to look toward the Mediterranean diet, which is high in fruits, vegetables, fish, olive oil, and the occasional glass of red wine.

Many studies have explored the brain benefits of this eating plan, but it’s still unclear exactly what specific components contribute to the cognitive improvements. However, a 2015 study by researchers in Spain found that older subjects who followed the diet and supplemented it with additional weekly doses of extra virgin olive oil or mixed nuts showed significant improvements in memory and cognitive function, while a separate group on a low-fat diet actually showed decreases in both measures over a four-year period.

This suggests the healthy fats in both foods may contribute to better brain health. The amount of olive oil consumed by participants in the study—about four cups per week—is excessive for a normal diet, so take the mixed nuts route instead. When your afternoon hunger kicks in, reach for a small handful of almonds or walnuts. Seven or eight nuts three times a week should do the trick, per the study.

Brain Protector #2: Go for a Brisk Walk. Then Another. And Another.

Exercise is great for brain health, and researchers are narrowing in on the exact type and intensity that can help slow or even reverse symptoms of Alzheimer’s.

Earlier this year, University of Kansas researchers put 70 men and women with Alzheimer’s on an exercise program and found that 150 minutes of brisk walking per week greatly increased aerobic endurance and memory performance for some patients. “There’s a particular benefit in cardiovascular exercise because we have a vascular system in our brain,” Papka explains. “If that’s not working well, it negatively affects brain matter.”

That said, the researchers were surprised to discover that not all walkers saw endurance and brain boosts, leading them to believe there may be physiological differences at play as well. This will be their next area of study.

When it comes to meditation, the research is clear: It creates measurable physical changes inside your head that contribute to a decreased risk of brain diseases.

A 2016 study by researchers at UCLA used machines to estimate the brain age of 100 participants, all of whom were at least 50 years old and half of whom meditated regularly. They found the brains of the meditators were, on average, 7.5 years younger than their non-meditating counterparts. As they aged, this disparity increased by nearly two months per year.

What can you do? Things like yoga and tai chi can make a difference, and it doesn’t take much to see the benefits. A 2013 study published in Neuroscience Letters found that adults between the ages of 55 and 90 who meditate for just 15 to 30 minutes per day show less atrophy in the hippocampus section of the brain—which contributes to memory and is significantly affected by dementia and Alzheimer’s—after eight weeks. They also showed improved cognition and well-being.

You can also simply sit still and practice deliberate breathing exercises, sometimes known as pranayama. A 2014 Journal of Clinical and Diagnostic Research study linked practicing pranayama with improved cognition and reduced stress levels. One of the most popular techniques is called “4-7-8” breathing. It’s named for the number of seconds spent inhaling through your nose (4), holding your breath (7), and exhaling through your mouth (8). Try four cycles of this method daily.

Whether you’re into cooking, gardening, or playing an instrument, it’s important to regularly engage your brain in a way that brings you joy. “Watching television won’t do it,” Turner says, “but just about any other hobby, as long as you love it and do it regularly, will help your cognition.”

One study showed that creative activities had particularly strong brain benefits. In 2015, researchers at the Mayo Clinic looked at 256 seniors and found that those who engaged in artistic hobbies such as painting or drawing were 73 percent less likely to develop mild cognitive impairment—a precursor to diseases like dementia and Alzheimer’s—than those who didn’t.

Other notably positive activities included crafts like knitting and woodworking (45 percent less likely) and even using a computer (53 percent). Turner says if you don’t like something, you’ll eventually stop doing it. So focus on those things you excel at and enjoy the most.

There are many reasons we tend to socialize less as we get older. Health problems may prevent us from getting out. We may have lost family and close friends. We might even feel self-conscious about the way we look or our declining cognitive abilities.

However, maintaining strong social connections is critical to maintaining a healthy brain. A 2008 study in the American Journal of Public Health looked at 2,249 women and found that those who reported daily contact with a loved one cut their risk of developing dementia almost in half.

Similarly, those who said they maintained large social networks were 26 percent less likely to develop dementia than those who reported smaller networks.

Why does such a simple thing—a chat with a friend—help fend off these debilitating diseases? As with hobbies, socialization forces us to focus and engages our memory, processing, and critical-thinking abilities.

Looking for new friends or social opportunities? One of the most popular aspects of SilverSneakers is the chance to socialize at the gym, in fitness classes, or during FLEX community classes. Even if you’re not able to participate in person, you can always join the conversation online.

There’s nothing surprising about the idea that a rested brain is a healthy brain, but that doesn’t mean you should nap away the day. While inadequate sleep is bad for your brain health, so is too much. A recent study in Neurology found that subjects who count sheep for more than nine hours per day have double the risk of developing dementia within 10 years than those who sleep between seven and nine hours.

Papka says good sleep hygiene—meaning consistency in the amount, timing, and quality—is extremely important to warding off Alzheimer’s and dementia. That’s because your brain’s “cleanup” system is 10 times more active when you’re sleeping than when you’re awake.

If you’re having trouble staying asleep, you might want to rethink your regular nightcap. While an alcoholic beverage less than an hour before bed does help you fall asleep faster, a 2015 study in Alcoholism: Clinical and Experimental Research found that it also prevents you from falling into a deep sleep, leaving you vulnerable to disruptions and periods of middle-of-the-night restlessness.

Even worse are electronic devices, specifically smartphones and tablets that emit blue light. Harvard researchers found in 2014 that using an e-reader less than an hour before bed inhibits your ability to fall asleep by suppressing the sleep-inducing hormone melatonin. Related research has found that interacting with these devices—checking email, for example—keeps you up by engaging your brain and inducing stress.

So when the lights go down, so do the gadgets!