With perks like these, you’ll get excited about another candle on your birthday cake. 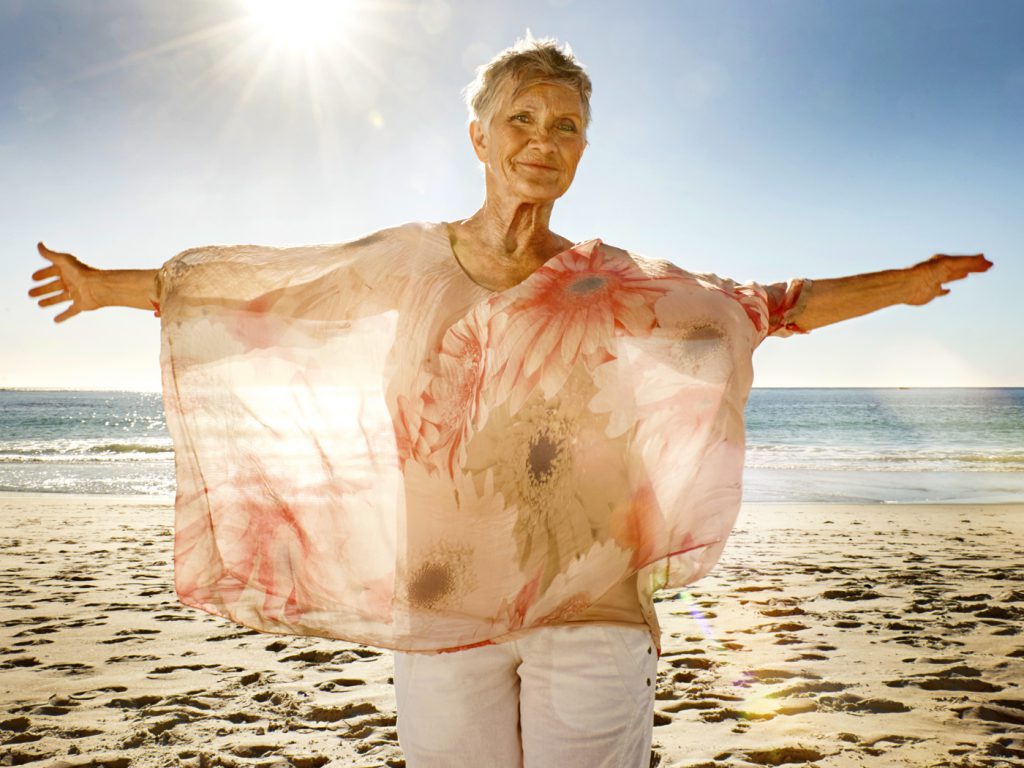 As humans, we tend to fixate on the things that break down or get harder as the years go by—and how to accommodate for those things. But it’s not all bad! In fact, research shows that some things truly do get better with age.

This is especially true if you stay optimistic instead of thinking of getting older as a total bummer, says Kenneth Gergen, Ph.D., president of The Taos Institute, who publishes the organization’s Positive Aging research newsletter along with his wife, social psychologist Mary Gergen, Ph.D. “Your point of view about what’s possible has enormous effects,” he says. “A common conception of aging is that it’s all downhill. Instead, recognize that this is perhaps the most enriching period of growth you’ll have in your life.”

Aside from the obvious perks of being older and wiser than the selfie-snapping generation, here are four reasons to look forward to another candle on your next birthday cake.

1. You’ll Feel Happier Than When You Were 20

Happiness isn’t a bell curve that peaks in midlife. In a 2016 study in the Journal of Clinical Psychiatry, researchers found that mental health often improves with age. Regardless of their physical health, seniors were happier with their lives than those in their 20s and 30s.

It turns out that contentment is often a result of wisdom. And one thing that’s special about aging is that you’re able to see things from multiple perspectives, Mary Gergen says. That helps you not get so tied up in one strong emotion. In general, you’ll probably start noticing that intense negative feelings—such as anger, hostility, and jealousy—come up less often as you age. “In some ways, you mellow out,” she says. “Life just becomes more positive.”

2. You’ll Finally Be a Morning Person

The early bird gets a head start on the world. Even if you’ve never been a morning person, you’re more likely to turn in early and wake up early the older you get, according to a Swiss study of more than 5,000 people between the ages of 40 and 80. The study also found that people felt less sleepy as they got older.

If you do struggle with sleep, just wait until you’re an octogenarian. That’s when the good sleep really starts, according to a 2012 study in Sleep. Of the more than 150,000 adults surveyed, those over 80 reported sleeping better than any other age group.

That said, certain sleep disruptors tend to hit later in life. To learn more, check out this guide to sneaky reasons you might be up at night—and what to do about it.

Have you been suffering with migraines for years? If so, you’ll be happy to learn that migraines tend to become less intense with age, according to a study of migraine patients over 50. Headaches presented with less throbbing, pressure, and stabbing with age, and people were less likely to experience dizziness, nausea, and vomiting. Your migraines may not go away, but the researchers concluded that you can expect to have more mild days and a greater ability to function.

When we’re young, we tend to spend more time worrying about what others think or feeling like we should change our appearance to fit into some mold. That goes away as you age and is replaced by greater self-acceptance, Mary Gergen says. It’s not just accepting your quirks, but you may learn to love your body too, she says.

“Younger people imagine that for older people, having physical limitations or not being as beautiful, as strong, or as healthy as they once were would be important,” she says. “But very often it’s not.”

Instead, with age comes a certain reverence for what your body can do—whether it’s running your first race at 65, biking across the country at 72, or dancing it up in SilverSneakers classes at 103. “People adjust to their physical well-being,” she says, “so it’s not necessarily so important to them whether they’ve lost some of the physical attributes they had when they were younger.”