SilverSneakers member Charlene McGowan began exercising with her daughter, and discovered that the benefits go way beyond a number on the scale. 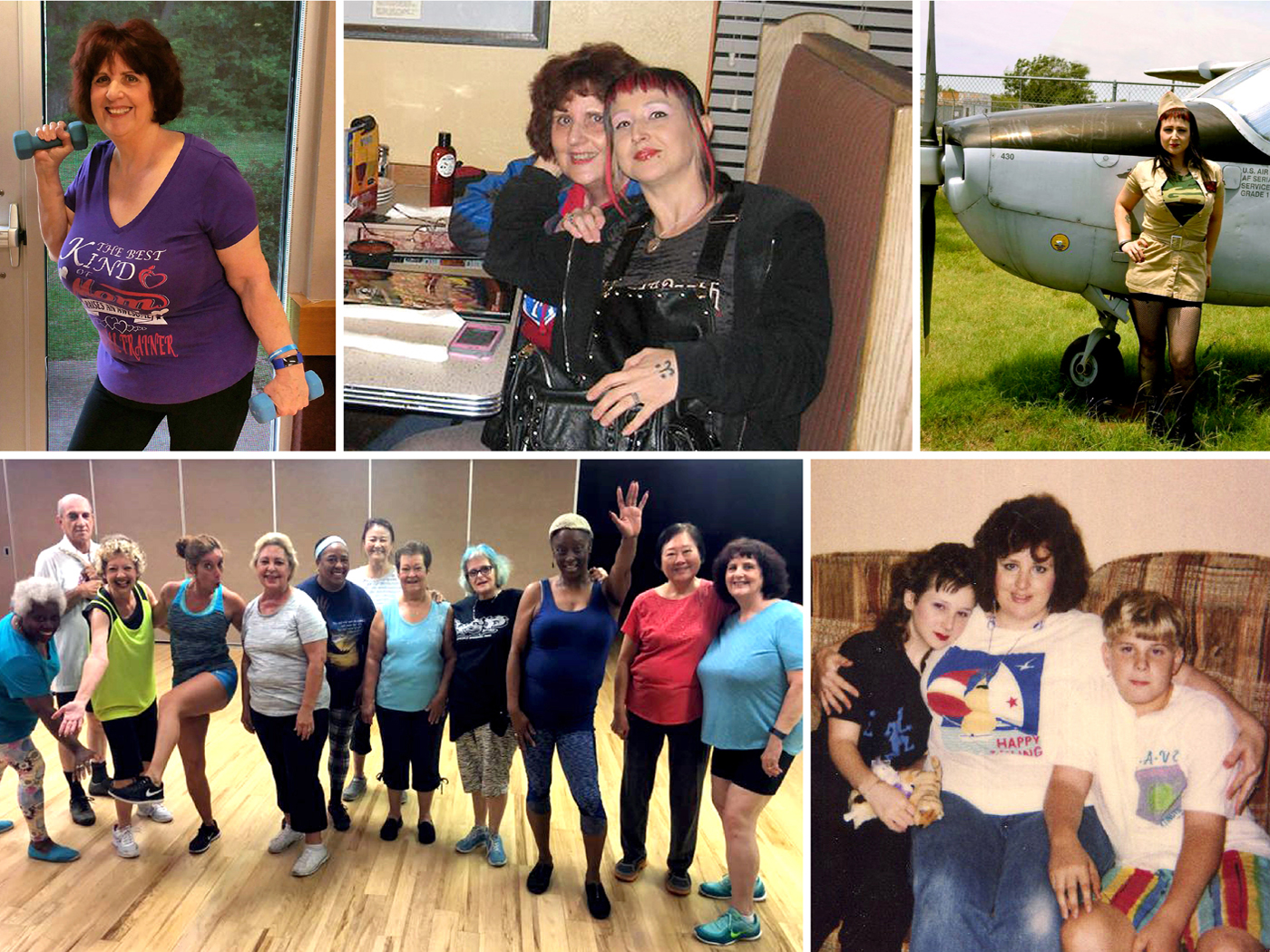 If you were to meet Charlene McGowan and her daughter, Rachel Flowers, you might assume that fitness has always run in the family.

Charlene, a SilverSneakers member, works out almost every day and belongs to three different gyms. Rachel, the lead trainer at Moody Family YMCA in Dallas, has made health and wellness her career. Yet, it wasn’t always this way.

“Growing up, my family was not physically active,” says Rachel, who liked to skateboard as a teen but was hardly a gym rat.

Charlene, meanwhile, rarely exercised before retiring from her job with the State of Texas in 2012, shortly after her 64th birthday. What changed?

“Before then I just didn’t have the time, and I wasn’t motivated,” Charlene says. “Once I retired and started getting older, I thought, ‘Well, I need to start taking better care of myself.’” So that’s exactly what she did.

Just a few years earlier, Rachel became interested in the paleo lifestyle. A paleo diet focuses on eating local fruits, veggies, meat, fish, nuts and seeds. It cuts out processed foods, dairy and refined sugar. “My original passion was nutrition,” Rachel says. “As I started getting into the paleo lifestyle more and more, I took on a larger passion for fitness.”

Rachel found herself experimenting with different activities, and by 2013 she was getting into CrossFit. Although Charlene wasn’t interested in such an intense workout, she was inspired by Rachel’s enthusiasm. Charlene continued going to Eunice but decided to join 24-Hour Fitness in Arlington as well. “I began going to SilverSneakers Classic twice per week, and it was a great workout,” Charlene says.

In the years that followed, Rachel started racking up the fitness credentials. In 2016, she got certified as a personal trainer by the National Academy of Sports Medicine, and started slowly building her client base. As she worked on building her business, she realized that she knew someone who would greatly benefit from her expertise: her own mother.

Fitness Helps Charlene and Rachel Find Each Other

“I didn’t ask for her help,” Charlene recalls. “She just said she’d start coming over to the house every other week to work with me. I think she kind of wanted me to be her guinea pig, since I was probably her oldest client at that time.”

Charlene didn’t mind. She was on her own health kick and welcomed the extra help—plus more one-on-one time with her daughter.

Rachel showed up at her mom’s place with a stability ball and TRX equipment. “I was a little skittish about the TRX at first,” Charlene says. “She put it over the door frame and had me stand and lean back. I was afraid it wouldn’t hold and I’d fall!”

She didn’t fall. Instead, her strength and balance improved over the next weeks and months.

“She needed balance and core assistance, so I introduced her to several safe core exercises as well as TRX training,” says Rachel. “I’m very close to my mom, so I felt comfortable correcting her. She listened and asked questions. It was hugely successful.”

The pair trained together for almost a year, “until Rachel got so busy,” says Charlene, who notes that Rachel’s training services are now in high demand.

Rachel now spends most of her time at the YMCA, where she coaches clients and leads a weight-loss program. She’s also added an impressive number of fitness certifications, including TRX, Kettlebell, Corrective Exercise, Primal Play, PreCor Queenax, and Aqua Fitness.

Charlene isn’t exactly sitting around these days, either. She now takes nine different classes each week, including Zumba Gold and Chair Pilates at Eunice, a SilverSneakers class at 24-Hour Fitness, and a Muscle Fusion Class at the Central YMCA in Arlington. She uses her SilverSneakers membership at all three gyms. And although she’s no longer regularly working out with her daughter, Charlene says Rachel continues to encourage and inspire her.

Charlene says she’s regained some of the weight she lost back in 2013, but that the number on the scale isn’t her biggest concern. “My spouse of 31 years, Barbara, has Parkinson’s, so I have even more reason to be healthy and strong, to be a good caregiver to her as the disease progresses,” Charlene says. “I am healthier and stronger than I have been in years.”