The number of older adults who misuse alcohol is on the rise, and that’s leading to some pretty serious health consequences. Here’s how to spot a problem before it’s too late. 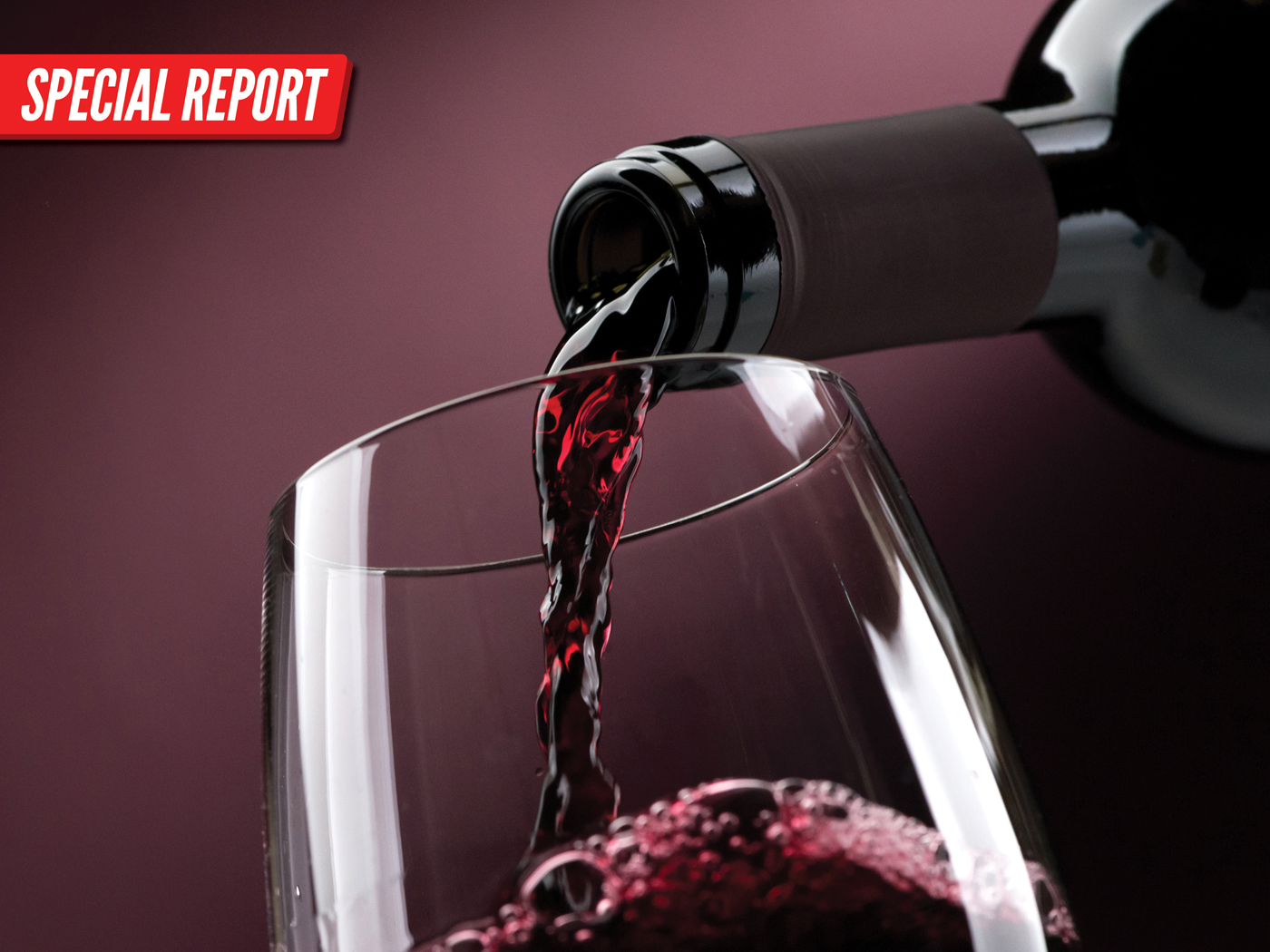 You probably drink alcohol. Roughly 70 percent of American adults do, and for the most part, that’s just fine. It might even be good for you, as a moderate amount of alcohol may benefit your heart. But it’s easier than you think to sip your way into dangerous territory, especially as you get older.

The National Institute on Alcohol Abuse and Alcoholism (NIAAA) suggests that people ages 65 and older cap their intake at one drink per day. And no, you can’t save up and have all seven on Saturday. It doesn’t work like that.

You shouldn’t have more than one drink a day, says Laura Veach, Ph.D., director of screening and counseling intervention services at the Wake Forest Baptist Medical Center surgery department. Even for a special occasion, you shouldn’t have more than three drinks at one sitting. One drink is defined as 12 ounces of beer, 5 ounces of wine, or 1.5 ounces of hard liquor (one shot glass). Be careful: People usually pour more than these amounts when they serve up a drink.

Veach also says that these are general guidelines, and one size does not fit all. Your health status, body size, and medications are all factors.

Veach is quick to note that most older adults don’t misuse alcohol. But the number of those who do is on the rise, and it can lead to some pretty serious health consequences. You might be surprised to learn that seniors are hospitalized for problems related to alcohol as often as they are for heart attacks, according to the NIAAA.

Alcohol and Aging: A Troubling Trend

Although there have always been older people who consume alcohol, research shows that seniors today are more likely to drink compared with those in previous generations.

A 2017 study published in JAMA Psychiatry reviewed data from a national survey of 40,000 people. The survey was taken in 2001 and repeated in 2012. Across the board, the number of drinkers increased from the earlier decade. But the jump was especially notable for the 65 and up category. The number who said they drink had increased by 22 percent.

Why? It could be that seniors are now more honest about drinking alcohol, but Veach believes alcohol has also become more socially acceptable as the baby boomers have started moving into their golden years. “Boomers have revolutionized every decade,” she says. “We’ve changed the whole culture around drinking, and we’re more open to experiencing altered states” through the use of drugs and alcohol.

As people live longer and sometimes retire younger, what it means to be a senior has fundamentally changed, Veach says. “A lot of 60- and 70-year-olds are healthier and more active than their parents were,” she says. “They’re dancing, traveling, and socializing. They’re not just sitting in a rocking chair knitting!” Of course, this social time often means more time for social drinking as well.

Most of the time, this social drinking isn’t the problem. Only about 4 percent of seniors are believed to be in the high-risk category for alcohol, Veach says. But it’s a substantial enough number to concern Veach and other substance abuse experts.

The Safety Concerns You Need to Know

You probably associate binge drinking—defined as four or more drinks in one day for women, five or more for men—with irresponsible teens or college students. And, generally speaking, you’re not wrong.

“After the mid-20s, rates of binge drinking tend to decline,” says Tamika C.B. Zapolski, Ph.D., assistant professor at Indiana University–Purdue University Indianapolis. “This is a maturation effect, as people start to take on the roles and responsibilities that are not compatible with binge drinking—marriage, parenthood, careers.”

But there are outliers in every group, and some who drank heavily at a young age continue to do so through the decades. People who started drinking a lot when they were younger and continue into their 60s and beyond account for an estimated two-thirds of older adults who struggle with alcohol. The other third develop an alcohol problem for the first time later in life.

Late-onset alcohol abuse might occur for any number of reasons. “When people age, they change roles,” and some people are more adaptable than others, says Orion Mowbray, Ph.D., assistant professor at the University of Georgia School of Social Work. “If you have a poor time coping with retirement or find it stressful to have an empty nest—and you don’t talk to anyone about it or do something productive about it—you could pick up a bad coping strategy,” he says.

People who are mourning the loss of a spouse other loved ones may also turn to alcohol more often than they did in the past. Interestingly, seniors who suffer from depression—whether related to the loss of a loved one or not—are substantially more likely to be a problem drinker, according to research led by Mowbray. 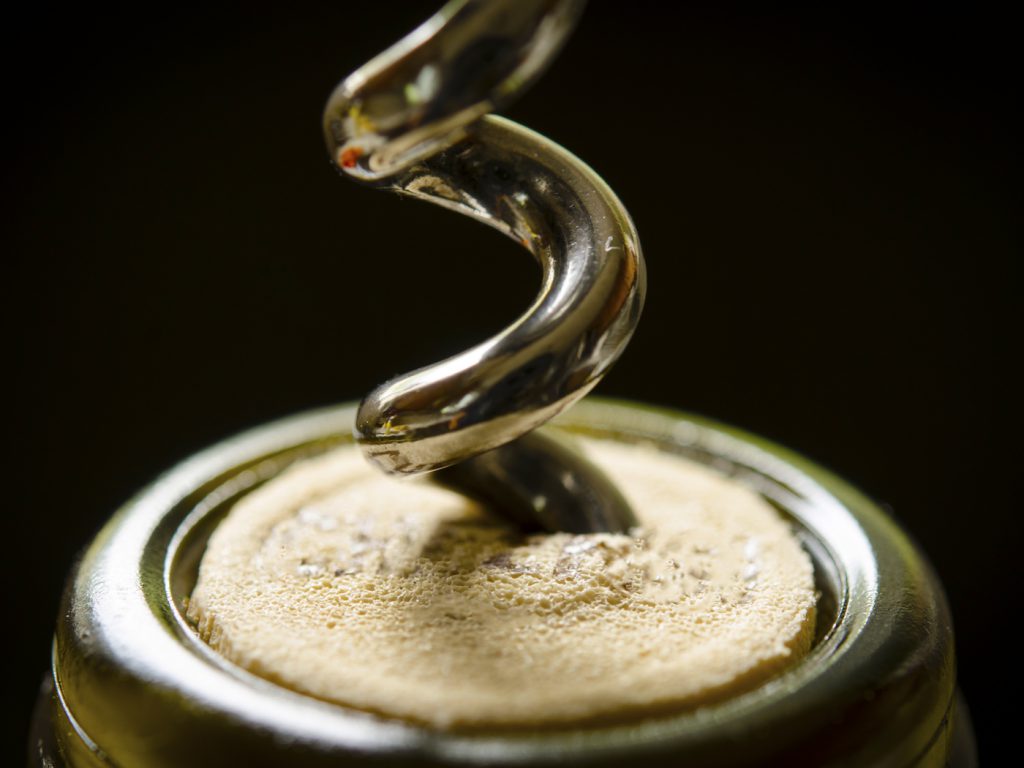 While drinking excessively is dangerous at any age, it can be especially risky for those 65 and older. Here are a few reasons why:

What This Means for You

No one is suggesting that all older adults avoid alcohol completely. If you’re in generally good health and alcohol doesn’t interact with any of your medications, then there may be nothing wrong with you enjoying a drink with dinner each night or having a few drinks at a party. But what starts as a casual indulgence sometimes morphs into a serious problem, so it’s worth heeding the warning signs.

“If you were to go to an AA meeting, they might talk about having a moment of clarity or ‘hitting rock bottom,’ but that’s not always how it works,” Mowbray says. Plus, adds Veach, if you can catch the problem early, it will be easier to get under control. “If you wait until you’re at the bottom, then it’s like trying to stop a freight train,” she says.

Some signs that you might be developing an alcohol problem include:

Still Unsure If Your Drinking Has Become a Problem?

Mowbray suggests talking to your primary care doctor or taking a self-assessment, such as the online Alcohol Use Disorders Identification Test (AUDIT).

Depending on how difficult it is for you to control alcohol use, you might be able to scale back on your own. However, people with serious alcohol disorders have more success when they work with an expert. You can ask your internist for a referral to a clinical addiction specialist, or find well-qualified counselors and programs by going through the Substance and Mental Health Services Administration.

You may not require an inpatient program, but if you do, consider seeking one out that specifically caters to older adults.