Morning workouts have the most impact, but probably not for the reasons you expect. 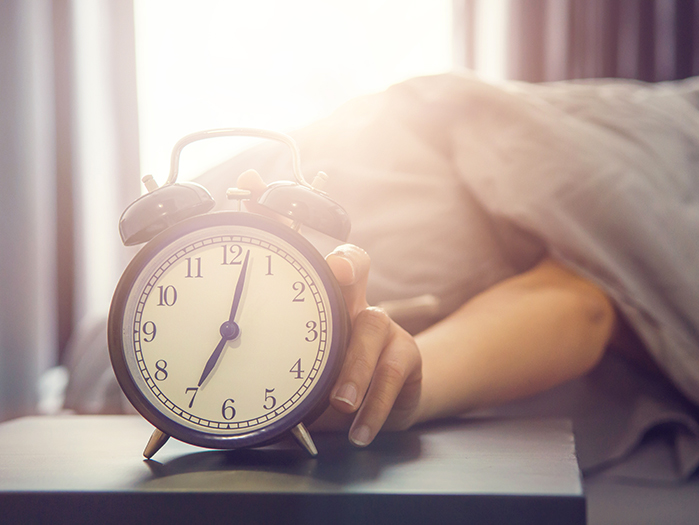 Let’s state the obvious first: The best time to exercise is when you have time to actually do it.

But when you’re trying to lose weight or reach another health goal, does time of day matter?

The answer is yes, but probably not in the way that you think, says Rachel Prairie, C.P.T., director of training at Anytime Fitness.

Timing Your Workouts for Weight Loss

When it comes to losing weight, some fitness experts have suggested you exercise first in the morning because you’re still in a fasted state—sleeping counts as fasting—and your body is more apt to burn fat, rather than carbs. Sounds like a win, right?

Not really. The body is only going to burn a greater percentage of calories from fat as opposed to carbs. But since your fuel tank is empty, you might not be able to exercise as hard or as long. And that means you could wind up burning fewer calories overall, according to Prairie.

“There’s not much evidence that fasted workouts are any better for fat loss,” Prairie says. If you’re able to eat a small meal or snack before you exercise, she adds, go for it.

And if you have a chronic condition like diabetes or take medication, talk to your doctor about any personalized dietary or exercise recommendations.

A 2019 report in Obesity found a common thread among people who successfully managed to lose at least 30 pounds and keep it off for at least a year was exercising at the same time of day, no matter when.

Sticking to a schedule helped people reach “higher physical activity levels,” averaging close to an hour on most days of the week. Those who had less consistent workout schedules tended to exercise an hour less each week.

Want an easy way to plan and track your workouts? Download the SilverSneakers GO app (free, iOS and Android).

A Wakeup Call for Your Brain

Where morning exercise does have an edge, however, is in the area of cognitive performance, which could be a boon to your overall health and happiness.

Exercising first thing helps your brain work better all day, according to new research in the British Journal of Sports Medicine.

The researchers were curious to know if exercise timing had any impact on the executive function of adults ages 55 to 80. Three groups of volunteers were assigned different exercise patterns. Several times a day, they took a series of cognitive tests.

Researchers also measured their levels of a protein called brain-derived neurotropic factor (BDNF), which is key for the growth and survival of brain cells.

The results? Those who exercised in the morning—even for short stints—had higher levels of BDNF. That boost helped them perform better on tasks like decision-making, staying focused, organizing, and planning.

Prairie’s not surprised at all by the takeaway. She’s seen firsthand how morning workouts help clients “set the tone for their day and make healthier decisions all afternoon and evening.”

Not used to waking up and working out? Try these four morning exercise strategies.

What If Morning Workouts Aren’t an Option?

Obviously, morning exercise isn’t a one-size-fits-all approach. Some people would much rather exercise in the afternoon, when gyms are usually quiet, or even after dinner, says Layne Nordquist, C.P.T., an area director and master trainer at VASA Fitness in Denver.

“They may have more energy at these times or are just night owls,” he says. Others like to use the sweat session to wind down the day, and that’s great.

Just make sure your workout doesn’t interfere with your bedtime. Studies disagree on whether evening exercise perks you up and delays the onset of sleep, but if you’re staying up late to get your workout in, you’re probably not doing yourself any favors. In fact, sleep is critical to weight loss and overall health.

The experts agree: Pick an hour when you feel energized and that fits your daily schedule. After all, sticking to a routine is often the biggest barrier to success.

“If you make it as easy as possible to exercise, you’ll be more likely to do it,” Prairie says.