If you’ve considered trying a vegetarian or vegan diet, a flexitarian diet might be the perfect alternative. 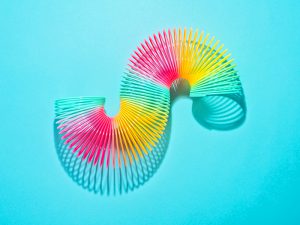 Plant-based diets aren’t new, but they’re getting more attention than ever.

It’s easy to understand why. Cutting back on animal products—meat, eggs, and dairy products like butter, milk, and cheese—has been associated with positive health outcomes and reduced risk for conditions like heart disease, diabetes, and obesity. Plus, several groundbreaking studies have shown that basing your diet around plants can help save the planet.

But despite all the convincing reasons for sticking to a plant-based diet, life without burgers, pizza, and birthday cake is pretty tough for many people to sustain.

The good news: Full veganism—or completely eliminating all animal products from your diet—is not the only option. Even small steps toward a more plant-based diet can add up to make a big difference in your overall health.

For example, you could start by observing Meatless Monday and eating vegetarian one day per week. Or you could rule out beef, pork, and chicken but keep eating seafood, otherwise known as a pescatarian approach.

An even easier option? Declare yourself a flexitarian. It’s an approachable way to eat more plants without feeling like you’re missing out on life’s sweetest (or saltiest) moments.

The term “flexitarian diet” was coined by Dawn Jackson Blatner, R.D.N., who wrote the book on the subject, The Flexitarian Diet.

“Flexitarian is the combination of two words: flexible and vegetarian,” Blatner says. “It’s for someone who wants to live a more vegetarian lifestyle, without having to follow strict rules.”

Blatner stresses that the program is pro-plants and not anti-meat. It includes plenty of fruits, vegetables, and plant-based protein sources including legumes, soybeans, and nuts, along with modest amounts of poultry, fish, milk, and eggs, and small amounts of red meat.

But just how flexible is it? “I created levels to help guide people to actual targets of meatless meals per week,” Blatner says, noting that fish is not counted as meat in these weekly benchmarks. Here’s how it breaks down:

Who Should Go Flexitarian?

The best thing about this approach to eating is that it can work for just about anyone, Blatner says. “Since you aren’t cutting out any food group entirely, there are no big nutrient risks involved.”

Plus, it’s easier to incorporate into your existing lifestyle than many popular diets.

Consider this: The standard American diet includes about 68 ounces of meat per week, according to the U.S. Department of Agriculture. That translates to roughly 10 ounces per day. Going straight from that to becoming a full-time vegetarian or vegan is a drastic habit change that’s hard for most people to pull off. But adding in six meatless meals per week? That sounds doable.

The idea that you can still share a plate of nachos or eat a burger once in a while is also encouraging for many people. That’s why Blatner emphasizes that the flexitarian diet is the perfect option for anyone who wants to improve their health without following a strict set of eating rules.

However, as with any new eating plan, knowing yourself is key to success. While a lack of strict rules may work well for some people, it could backfire for others. If you’re the type of person who will stretch the definition of flexible to include nightly ice cream runs, this program might not work as well for you.

What Older Adults Should Know

The flexitarian way of eating comes with a few added perks, like saving money if you’re buying less meat or packing in more fiber from added fruits, vegetables, and whole grains—a plus for digestive health. But it’s especially important for older adults to make sure they’re still getting enough of essential nutrients like protein and calcium.

Protein is particularly crucial as you age. In fact, many experts believe that to maintain muscle mass and proper functioning, older adults need to eat double the amount of protein they needed in their younger years.

That doesn’t mean you can’t cut back on meat. You just need to be sure to replace it with other protein-rich whole foods, such as beans, lentils, and chickpeas. Make it easier by stocking your kitchen with these protein-packed vegetables that are incredibly easy to prep.

The same is true for calcium: If you’re cutting back on dairy products, be sure to incorporate other less-obvious sources of calcium, including the following:

Also, familiarize yourself with these sneaky signs you’re not getting enough calcium. If you notice any, talk to your doctor.

As always, it’s a good idea to talk to your doctor about nutrition if you have a chronic condition.

Ready to Give Flexitarianism a Try? Start Here

To kick off your new flexitarian lifestyle, follow these three simple steps from Blatner.

Step #1: Fill Half Your Plate with Veggies

You’ve heard it before, but this is a simple way to make sure you’re packing more vegetables into your diet. At every meal, aim for a plate that’s 50 percent vegetables or fruit and 25 percent or less meat.

You don’t have to give up taco Tuesday—just make it meatless! For any ground meat dishes, like tacos or chili, you can swap in a quarter cup cooked beans for every ounce of meat, Blatner says.

“This is my favorite tip,” Blatner says. Going flexitarian is a great excuse to try new things in the kitchen. “If you experiment with one new vegetarian recipe each week, you’ll have tried 52 new recipes in a year.”

Need some ideas? Choose your favorites from this week-long vegetarian dinner menu.