Some memory loss is normal with age. Here’s when it’s time to talk to your doctor. 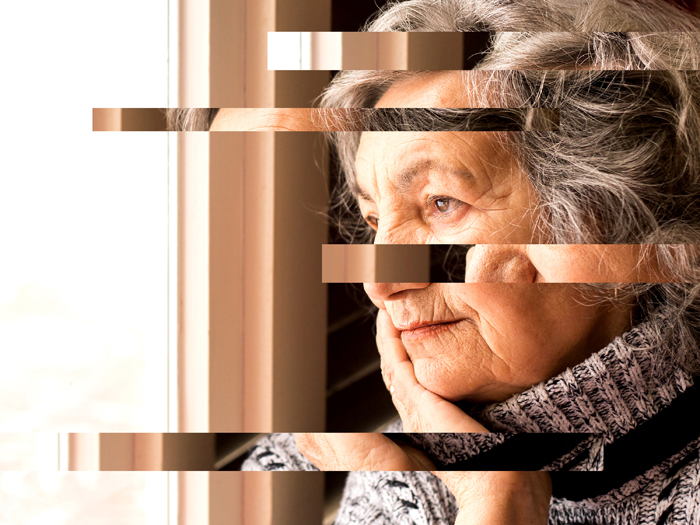 Every time you forget something, it’s tempting to jump to the same conclusion: Alzheimer’s.

After all, more than 5 million Americans over age 65 are living with the disease, according to the Alzheimer’s Association. What’s more, Alzheimer’s and other types of dementia kill more seniors every year than breast and prostate cancer combined.

But there’s no need to panic—some memory loss is normal as we get older. At the same time, with Alzheimer’s cases expected to nearly triple over the next few decades, you should be aware of the warning signs. Here’s what you need to know.

What Exactly Is Alzheimer’s?

Alzheimer’s disease is an irreversible brain disorder that slowly destroys a person’s memory and thinking skills, according to the National Institute on Aging.

“It’s caused by a buildup of particular proteins in the brain and is a progressive neurodegenerative condition,” says Daniel Franc, M.D., a neurologist at Providence Saint John’s Health Center in Santa Monica, California. People with Alzheimer’s eventually have difficulty doing even the simplest tasks.

Alzheimer’s disease is the most common cause of dementia among older adults. Learn more about the difference between Alzheimer’s and dementia.

While memory loss is the predominant symptom in Alzheimer’s, it’s important to know that some forgetfulness is normal as you get older, Dr. Franc says.

“It generally starts to happen sometime during your 40s—raw memory power declines a little bit,” he says.

This normal decline may include increasing issues with remembering people’s names and particular details about things that happened in the past.

Losing things, including small and important objects like keys, is a common complaint in those developing Alzheimer’s disease, says Amit Sachdev, M.D., an assistant professor and director of neuromuscular medicine at Michigan State University.

If you lose your car keys here and there, you shouldn’t assume that you have Alzheimer’s, Dr. Franc says. This is a pretty common thing to lose. But if you find that you’re losing more and more things over time, it could be an early warning sign, he says.

Other symptoms to watch for:

What You Should and Shouldn’t Do

Some memory loss may be a sign of a reversible or treatable issue, such as a nutritional deficiency or hormonal abnormality, so don’t panic and assume it’s Alzheimer’s disease if you or a loved one has these symptoms.

What you should do: Write down what you’ve noticed and what you would like to know about your symptoms, Dr. Sachdev recommends. Then, take your list to your doctor and talk about it. Your doctor should be able to address your concerns and recommend next steps, if needed.

What else you can do: Research says that healthy habits, including exercise, may cut your risk of dementia. If you’ve been diagnosed with dementia or are a caregiver to someone with dementia, staying active can boost your physical and mental health, and give you opportunities to find social support.