Every year, doctors give more than 12 million Americans the wrong diagnosis. Find out what’s tripping them up—and how you can help them get it right. 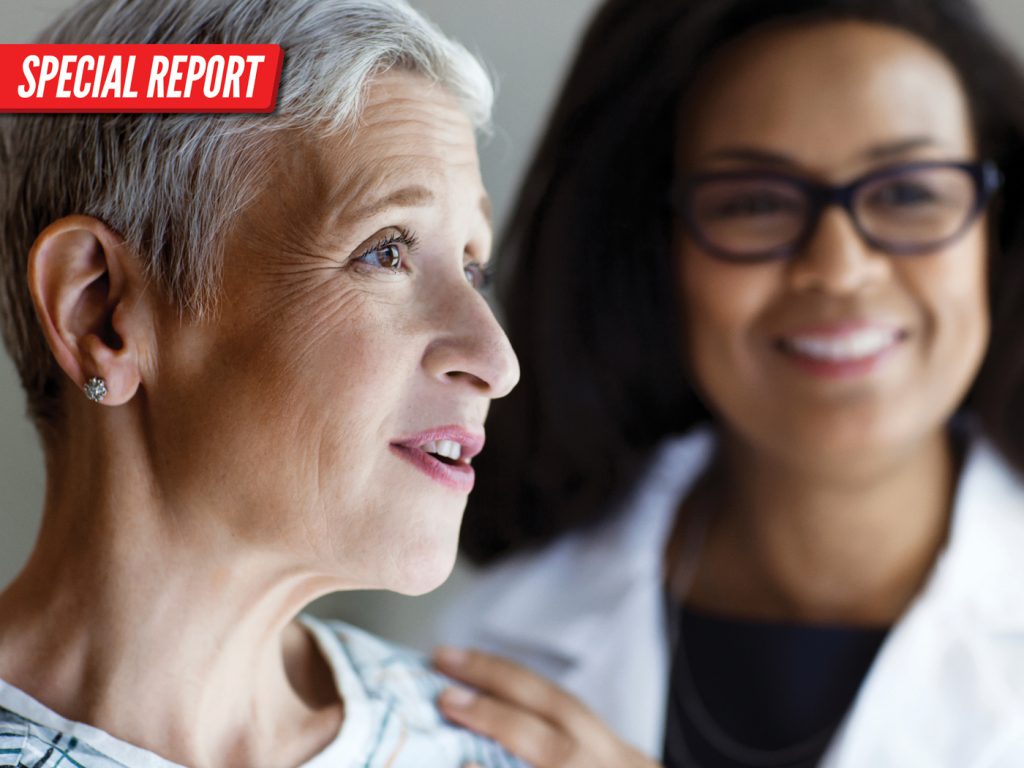 Chances are you’ve seen a lot of doctors in your lifetime, and those appointments are only getting more frequent as you get older.

Whether you’re in the office for a nagging cough or are rushed to the hospital with chest pain, you expect the experts to correctly figure out what’s wrong and offer a solution. Most of the time, that’s exactly what happens. But in an alarming number of cases, things go awry, and the doctor ends up missing the mark.

How Common Is a Misdiagnosis?

A misdiagnosis, which could mean a missed, wrong, or delayed diagnosis, happens more often than you probably realize. Statistics vary, but a 2014 study published in BMJ Quality and Safety reports that it occurs about 5 percent of the time in outpatient or clinic settings. That translates to about 12 million American adults being misdiagnosed each year.

In hospital settings, the problem looms larger. Anywhere from 10 to 20 percent of hospitalized patients are misdiagnosed, says Andrew Olson, M.D., an assistant professor at the University of Minnesota Medical School, whose research has centered on improving the diagnostic process. His estimate is based on a variety of studies, including surveys of patients and physicians as well as data from autopsy studies.

You’re more likely to be misdiagnosed in a hospital for a variety of reasons, including the fact that you’re not seeing your usual provider who knows you well and has easy access to your health records. During your stay, you’re also likely to see a slew of different caregivers, who may not be communicating effectively. Time is a also factor, especially in the case of an emergency—like a potential heart attack or stroke—that calls for prompt decision-making.

“Eighty-five percent of the time, the hospital is right, but diagnosis is a very difficult task,” Dr. Olson says. “There are thousands of different conditions, and they present many different ways. Figuring out what’s wrong requires a complex interaction between the patient and health care professionals in a very chaotic system.”

Misdiagnosis, while common and certainly frustrating, isn’t always dangerous. A dermatologist, for instance, could tell you that you have acne when it’s really rosacea. Your skin might get worse until you sort it out, but it’s not a life-threatening situation.

In other cases, misdiagnosis could lead you to take medication you really don’t need or the wrong medication. In a worst-case scenario, you could be sent home with chest pain that’s misdiagnosed as anxiety when you’re actually having a heart attack.

“Many times a misdiagnosis is inconsequential, thank goodness, but a fraction of errors are incredibly harmful,” says Mark Graber, M.D., president of the Society to Improve Diagnosis in Medicine. “Some estimates, based on analyses of autopsy records, say that diagnostic error accounts for 40,000 to 80,000 deaths a year.”

Dr. Graber founded the society in 2011 in an effort to draw more attention to this widespread problem. “Diagnostic errors are as old as medicine itself, but they weren’t being discussed,” he says. His goal is to advance research in this area and help reduce the number of patients being harmed by misdiagnoses.

To move forward in this arena, experts have to undercover the pitfalls so they can attempt to correct them. In other words, what’s going wrong? And there’s more than one answer to that question.

In some cases, a doctor might simply be incompetent, but that doesn’t seem to be the issue most of the time. Perhaps the biggest problem, Dr. Graber says, is that making a diagnosis is so complicated.

When you show up in your doctor’s office with a cough, you could have anything from a simple cold or seasonal allergies to chronic obstructive pulmonary disease (COPD) or lung cancer. While education and diagnostic guidelines certainly help your doctor determine which one is to blame, at the end of the day, there’s still some guessing going on. And sometimes that guess, no matter how educated, is wrong.

To further complicate matters, doctors have to offer a diagnosis pretty quickly, given the limited amount of time that they have with each patient. For that to happen, they tend to rely on a number of mental shortcuts—or what experts refer to as heuristics.

“Doctors make diagnoses, in large part, by seeing patterns,” Dr. Olson says. Essentially, they’re looking for clues that point them toward one diagnosis over the other dozen (or hundreds) that it could be.

Heuristics aren’t bad, but they can also contribute to mistakes. If it’s flu season and a doctor sees five patients in one day with a cough and fever who test positive for the flu, the doctor may be more likely to assume the sixth patient who walks in with similar symptoms has the flu too.

Similarly, it makes sense that a patient who shows up in the ER with crushing chest pain would be promptly treated as someone who’s having a heart attack until proven otherwise. That type of preliminary diagnosis and treatment can be lifesaving—or fatal if the person is later found to have had an aortic dissection, a serious but uncommon condition in which the inner layer of the aorta, the large blood vessel branching off the heart, tears.

Other types of bias also play a role, and not only gender, racial, and socioeconomic stereotypes. According to the Agency for Healthcare Research and Quality, bias is often unconscious and subtle, yet it can have a big impact.

“How do we as doctors feel about a patient who doesn’t take their medicine and who smokes versus someone who reminds you of your grandma?” Dr. Olson says. The doctor’s inclination might be to lean toward a more severe diagnosis for the first patient while missing a serious diagnosis in the grandma figure because he subconsciously wants to protect her.

Who’s at Risk for a Misdiagnosis?

Anyone can be given the wrong diagnosis, but some factors may make you especially vulnerable. If you have a rare condition, your risk goes up for the simple reason that your provider probably hasn’t seen enough cases like yours to be able to identify it. Ailments that easily masquerade as other, more common, conditions—like celiac disease (which might seem like irritable bowel syndrome, or IBS) or chronic fatigue syndrome (which might seem like depression)—are also tricky to diagnose correctly.

Meanwhile, many diseases are identified by a “diagnosis of exclusion,” meaning other conditions must be ruled out before a doctor can determine that you have it.

To confirm multiple sclerosis (MS), for instance, your doctor needs to figure out that you don’t actually have Lyme disease, syphilis, brain cancer, a vitamin deficiency, and so on. You can see why that would take a while and lead to more frequent errors. One survey of neurologists found that about 40 percent of them had seen three to five patients over the previous year that they believed were misdiagnosed with MS.

The Society to Improve Diagnosis in Medicine’s website notes that heart attack, stroke, cancer (especially breast cancer), and sepsis (severe infection) are all commonly misdiagnosed. But Dr. Graber says those conditions may top the list because some of the data is based on malpractice suits, and when those conditions are misdiagnosed, it’s pretty lucrative for the lawyers involved. “Every disease can be misdiagnosed,” he says. “Anemia, arthritis, why you have a cough … it’s really everything.” 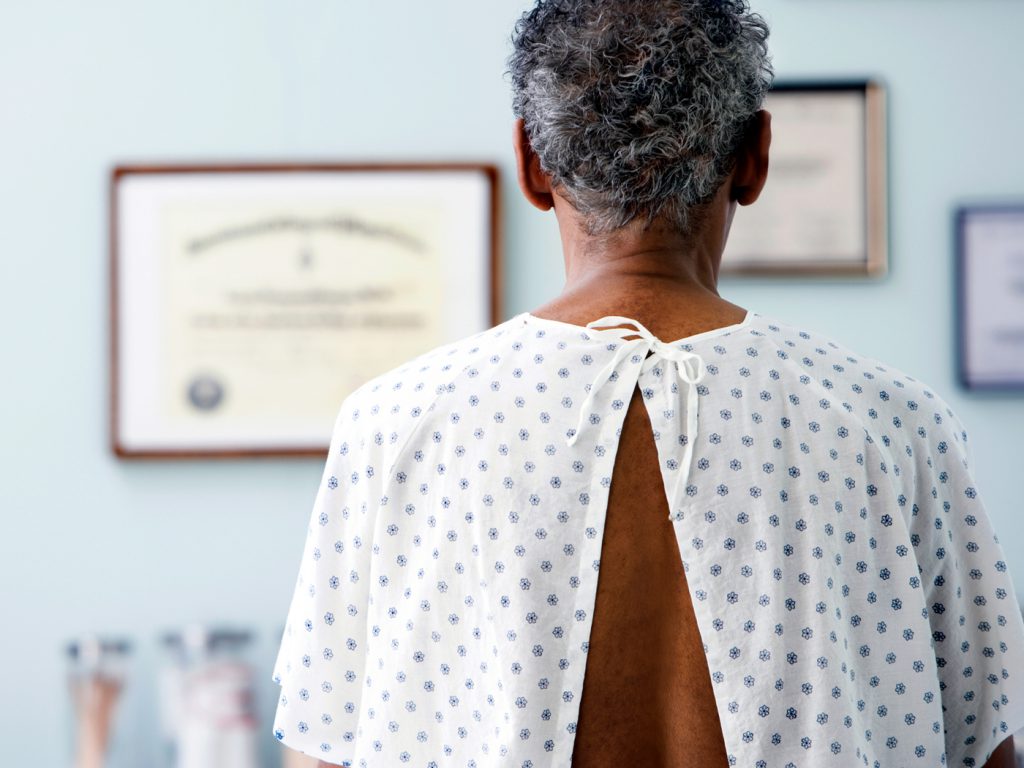 Seniors may be at a disadvantage because they tend to have multiple conditions at the same time, which can make it more challenging to determine what’s wrong. One example: Are you having chest pain because your angina is acting up, or is your acid reflux medicine no longer working for you?

Plus, some older adults may view their doctors as “always right,” and may hesitate to ask questions or share their concerns. Research from the journal Family Medicine suggests that while younger patients value “control over their own health care,” patients 65 and up are more likely to prefer a provider “who [makes] most of the health care decisions for them.”

While there’s nothing wrong with trusting your doctor, you’ll get better results if you serve as an active participant in your care, Dr. Olson says.

4 Ways to Protect Yourself

Many health systems and government organizations, including the Centers for Disease Control and Prevention and the Agency for Healthcare Research and Quality, are exploring ways to minimize diagnostic errors. Researchers in this area, like Dr. Olson, are at work on strategies to help make that happen.

In a recent paper, published in the Journal of General Internal Medicine, Dr. Olson and his colleagues outline a standardized protocol for how harmful errors related to misdiagnosis could be measured and tracked. Others are focused on helping doctors become more aware of their subtle biases so that they can acknowledge and sidestep them.

While these approaches are aimed at helping doctors and health systems improve, there are a number of things patients can do to increase their chances of getting correctly diagnosed. Here are four habits you can adopt today.

1. Be an Active Participant in the Process
You might not have gone to medical school, but it’s your job to give doctors a thorough and honest history, ask questions, and generally speak up. “Patients can play a major role in improving their own safety, as engaged patients have better health outcomes,” Dr. Graber says.

2. Prepare for Your Appointments
Plan ahead for appointments, and ask a family member or trusted friend to come with you if that makes you feel more comfortable. This patient toolkit may also help you prepare.

When given a diagnosis by a doctor, feel free to say, “What else could this be?” Make sure that every test result and medication instruction are explained to you. If you’re given a treatment that doesn’t seem to be working, let your doctor know as soon as possible.

3. Trust Your Gut—and Get a Second Opinion
“Paying attention to your gut is really important,” Dr. Olson says. “If something doesn’t feel right, you should always question it.”

When in doubt, get a second opinion. “A second opinion is crucial whenever you get a very serious diagnosis, your issue remains unresolved, you’re not happy with the diagnosis, or the diagnosis doesn’t seem to make sense,” Dr. Graber says. Although some awkwardness might ensue, a good doctor shouldn’t feel threatened.

Check with your health plan about benefits, and learn more about Medicare coverage here.

4. Encourage Open Communication on Your Health Care Team
Dr. Olson also suggests encouraging all your providers to work together, whether they’re specialists in different areas or called upon to deliver a second opinion. “We need to view all of us as spokes in a wheel, working together,” he says.

One way to get the ball rolling: Let all your doctors know about any conditions you have and all the medications you take, including prescriptions, over-the-counter drugs, and supplements.

More Ways to Take Charge of Your Health!

Put yourself in the driver’s seat, and help yourself get the care you need with these tips: