Regular checkups are essential to your health, but you might be getting screenings that you no longer need. 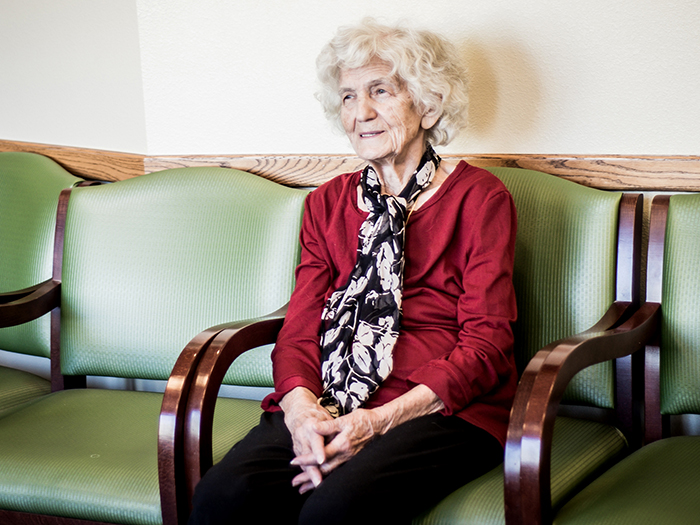 Is your calendar always clogged with doctor appointments? Are you sick of being pricked, poked, and prodded? Do you ever wonder if you really need all of the medical tests you’ve been getting? We have good news about getting older: You might be able to cross a few standard screenings off your to-do list.

Regular checkups are essential to your health, especially if you suffer from any chronic health conditions. And certain tests—such as routine blood work and blood pressure checks—are always going to be important. Your doctor might also send you for tests designed to help figure out what’s going on when you are sick, and those might not be avoidable (though it never hurts to ask or get a second opinion).

But as you get older, there are a number of tests that you might be able to ditch. For example, you may not need certain cancer screenings that are specifically designed to catch the disease in its earliest stages.

Here are five tests that you might be better off skipping after a certain age.

If you’re a woman, you’re probably used to getting these every year—or at least every five years—along with an HPV test. But after your 65th birthday, it might be perfectly fine for you to stop.

Nearly all cervical cancer—99.9 percent—is caused by the human papilloma virus, or HPV, says Matthew L. Mintz, M.D. clinical associate professor of medicine at The George Washington University School of Medicine and an internist in private practice in Bethesda, Maryland. “HPV is a sexually transmitted disease,” says Dr. Mintz. “If an older, monogamous woman hasn’t gotten HPV or cervical cancer by 65, she simply isn’t going to ever get it.”

Of course, there are a few important exceptions. Older women who have had an abnormal Pap or serious precancer in the past decade should plan to continue with these tests, according to the American Cancer Society.

Dr. Mintz also notes that many seniors are still sexually active, and some have new or multiple partners. If that describes you, be sure to keep getting regular Pap smears and also use condoms to protect against STDs—including HPV, the virus that can lead to cervical cancer.

What happens after age 74? According to the U.S. Preventive Services Task Force (USPSTF), it’s okay to stop.

“There is good evidence for screening between 50 and 74,” Dr. Mintz says. “What to do in younger or older patients is less clear because the evidence [that the benefits outweigh the harms] is not as robust.”

He gives his patients the recommendation from the ACS, which is to stick with regular mammograms as long as you’re in good health and are expected to live at least another 10 years.

Dr. Green doesn’t support a strict age cutoff. Rather, she urges patients and doctors to weigh the pros and cons in light of a person’s overall health. If someone has advanced dementia, another type of cancer that has progressed, or other reasons why their life expectancy is limited, then continuing with mammograms probably doesn’t make sense.

From age 50 to 75, most people should get a colonoscopy every 10 years. After 75, the USPSTF recommends stopping the regular testing because the risks of this test begin to outweigh the benefits.

“As you get older, your skin starts to get thinner. The same thing happens on the inside,” Dr. Green says. “That means you’re more likely to have your bowels punctured during a colonoscopy, which can be life-threatening,” she says. “The prep for a frail, older adult can also be very taxing, as it can lead to dehydration which may increase the risk of a fall.”

Another concern is that many older adults wouldn’t be able to handle treatment for colon cancer, should the test turn up anything suspicious. But again, this isn’t a one-size-fits-all rule. “If someone is in their late 70s and still out playing tennis 3 days per week, that’s a person who might still benefit from this test,” Dr. Green says. As always, the best way to make a plan is to have a conversation with your doctor.

Right now, there isn’t any set guideline for how often to schedule screenings with a dermatologist for a professional skin check. That said, you’ve probably heard that most people should go once per year, which is what dermatologists and many internists advise. With skin cancer cases skyrocketing, that may very well be a good rule of thumb.

As you get older, however, you might not need to be so quick to have your spots examined. A recent study in JAMA Internal Medicine found that dermatologists often remove non-melanoma skin cancers without factoring in a patient’s life expectancy. Getting a small skin growth removed is often a quick outpatient procedure and may not seem like a big deal. But as you get older, it sometimes becomes more complicated.

“These minor procedures can take a long time to heal in older adults,” Dr. Green says. “For example, if a frail patient has a skin cancer removed on the back of their hand, it can make it very difficult for them to hold onto their walker,” she says. “For someone who already had a hard time walking, that’s a problem.”

Most skin cancers grow very slowly, so it’s a good idea to talk with your doctor about the right screenings schedule for you and whether you should stop them altogether.

Prostate cancer is the most common cancer in men, so it makes sense that you’d want to try to catch and treat it ASAP. The problem is that the screening for it, a PSA test, often detects very slow-growing cancers that will never become a problem in your lifetime. That’s true at any age, which is why the current screening guidelines are rather vague.

For men ages 55 to 69, the USPSTF’s latest draft guidelines simply say to discuss the potential benefits and harms with your doctor. But if you’re 70 and older, the USPSTF says not to bother.

“The problem is that there is little evidence that treating prostate cancer early will save any lives,” Dr. Mintz says. “For every 100 patients that are discovered to have prostate cancer on screening with PSA, you might save one or two lives, but about 30 will get side effects—and the side effects from treatment, like erectile dysfunction and urinary problems, can be pretty bad,” he says.

If you’re in your 50s or 60s, you might decide that the gamble is worth it. But as you get into your 70s and 80s, the math might simply not add up.

“Most cancer screening tests—mammograms, colonoscopies, PSA tests—look for precancerous lesions or early cancers that aren’t going to cause any problems for the person for seven to 10 years,” Dr. Green says. As you get older, it’s important to keep that timeframe in mind, and talk with your doctor to make a plan based on your current age and health status. This shift can mean discussing treatment before you even have a diagnosis. If you know that it wouldn’t make sense to treat it if positive, it’s not worth having the test.

Dr. Green says that her goal is to help people by homing in on the issues that are bothering them most. Instead of insisting that an elderly patient bother with screening tests that probably won’t ever help them, she prefers to concentrate on making a real impact right now.

“For example, if you’re in pain all the time due to severe arthritis, let’s talk about what we can do to improve your pain and mobility.” Dr. Green says. “If you have heart failure, how can we treat you better so you feel less short of breath? I like to focus on things that will impact your quality of life now.”