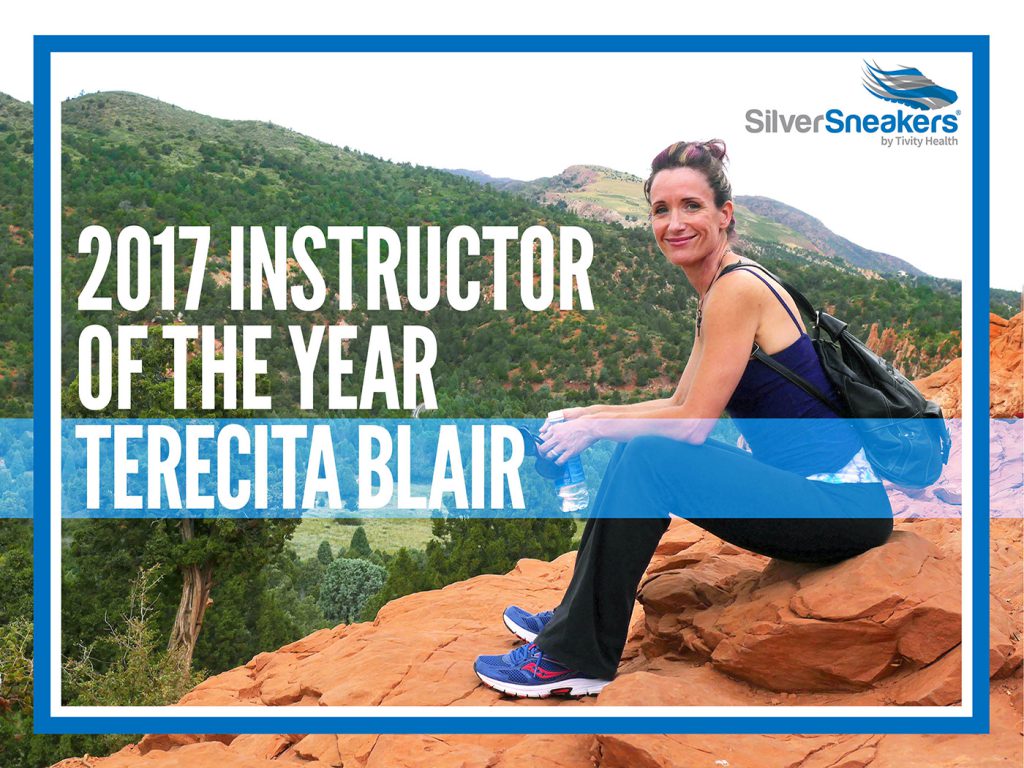 First, don’t call her Terecita. As her students and friends know, she prefers Ti. As in, she’s your cup of Ti. Everyone’s, really.

Walk into any fitness location where she’s teaching, and you can’t miss her. She’s the one with pep in her step and pink streaks in her hair. “I generally wear bright-colored shoes, too,” she says.

A showboat? Think again. “I do this to remind myself not to be too serious,” she says. “It reminds me when my world gets dark, as it will, that color was here and that color will come again.”

Color is very important to Terecita Blair, because a few years ago her world faded to black. That she can walk—much less teach SilverSneakers classes—is something of a medical miracle.

But that’s just one chapter of Ti Blair’s story. The rest can best be summed up by this little fact: She was nominated for the 2017 SilverSneakers Instructor of the Year Award by 83 different people.

You read that right: 83. And these class members, gym employees, and fellow instructors all told a similar story. They’re moved by Blair’s energy, enthusiasm, positivity, and knowledge. They love fitness, and eagerly show up to her classes, because of her infectious charisma.

In other words, if every day starts as a blank canvas, they all look to Blair to add the color.

The Accident, Depression, and Healing

It happened on July 7, 2009. Blair, now 43, was living in California and had just started a personal training business. On the way home from a meeting with her graphic designer, a Los Angeles city bus T-boned her car.

Her body was as crumpled as her Toyota Echo. The accident left her unable to walk and in horrific pain. Her recovery took years and multiple surgeries. After her third and final spinal fusion, doctors ordered her to stay in the house for nearly a year. Simply getting to a bathroom or up a flight of stairs was a major accomplishment.

“At first, I had no hope for an active life again,” she says today. “All I could think about were the things I could no longer do.”

Already prone to depression, this sent her off an emotional cliff. Then one day, she’d finally had enough. “I made a decision to figure out what I was still capable of doing in my own body and making the best of it,” she says.

Limited from exercise she loved—running, dancing, lifting weights—she turned to yoga and enrolled in an intensive yoga anatomy course. “My life changed after that,” she says. “I had never really thought about the insides of my body until something hurt or went wrong. Being trapped in my ‘tortoise shell’ neck and back brace, I had no choice but to embrace what was ahead of me.”

The course helped her realize that she could move and exercise in different ways. At home, she started by walking from one side of the living room to the other. She “lifted air,” raising and lowering her arms, just to keep her upper-body muscles moving. She then started to lift half-full water bottles, then full water bottles and soup cans.

She also learned how emotional trauma, depression, anxiety, and pain can commingle—and feed off each other. “I decided to change my relationship to pain and to become as friendly with it as I could,” she says. 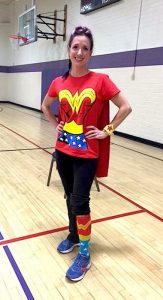 As she began to heal physically and emotionally, she was inspired to share her learnings. “Many of my yoga class notes from that time are covered in tears because I realized I was still alive, still had the same breath and heartbeat,” she says. “I wanted to help other people realize they were alive, too. Not just alive—but strong, powerful, and supported.”

She began teaching yoga to veterans with post-traumatic stress disorder—and discovered her passion. “When I started teaching senior fitness at a local community college,” she says, “I fell in love with it.”

Bringing Movement and Hope to Others

Then came another bump in 2014. Blair moved from California to Colorado, leaving her fellow yogis and students. She stepped away from teaching and returned to a job in accounting. “I was miserable,” she remembers.

One day, because she was receiving Medicare through disability, she got a notice informing her of SilverSneakers. A light bulb went off. “I realized I didn’t want to take those classes—I needed to teach them!”

Previously, she ran SilverSneakers CardioFit and Yoga as well as BOOM Muscle, Mind, and Move It classes. On top of that, she teaches breathing and mindfulness to the Denver Police Department and hosts wellness workshops for case workers at Denver Human Services.

She still suffers from pain herself. “When I instruct someone to listen to their body, I am also speaking to myself,” she says.

Her philosophy: “Movement is a day-to-day adventure,” she says. “Some days, it hurts to move. Sometimes, it hurts not to move. Recognizing that we have a choice is key in figuring out our own limits—and goals.”

Blair is thrilled to be the 2017 Instructor of the Year. But ultimately, she says her students are the real teachers. “The SilverSneakers members are a part of who I am,” she says. “They have helped me find my voice. They have given me the courage to get up and keep going. They teach me more than I teach them.”

Instructor of the Year Finalists

In addition to Terecita Blair, SilverSneakers would like to recognize and congratulate these four finalists.

Donna Culley is an instructor at YouFit Health Club in Midlothian, Virginia. Culley inspires each member to be their best self and makes them feel like individuals even in a group setting. She works closely with them to understand their needs and modifies exercises to meet their abilities. Members say she makes everyone feel respected and valued. Deborah Walter is an instructor at Hermitage Nazarene Church and Mt. Juliet Senior Activity Center (FLEX and PL) in Old Hickory, Tennessee. Walter makes exercise an educational and fun challenge. She explains the purpose of each movement and how it affects the body. Members say her class is the highlight of their week and they look forward to the camaraderie. 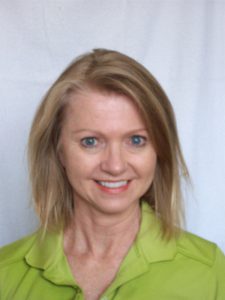 Lynne Goodwin is an instructor at Bryan Family YMCA in Greensboro, North Carolina. Goodwin is considered an integral part of the local YMCA, where she has taught SilverSneakers for more than 10 years. Her classes are known for a strong sense of fellowship. Members say she can be found enjoying coffee and laughs with them after class, or hosting the holiday potluck. 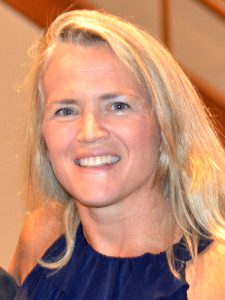 Jasmyn Ginn is an instructor at Oak Street Health’s doctor offices (Irvington, Speedway, and University Heights) in Indianapolis. Ginn provides individualized attention during class and checks in with members when they miss one. Even though she’s a new instructor, members say her class has helped them improve balance, blood pressure, and back problems.