The answer depends on a number of factors. Here’s what every older adult needs to consider. 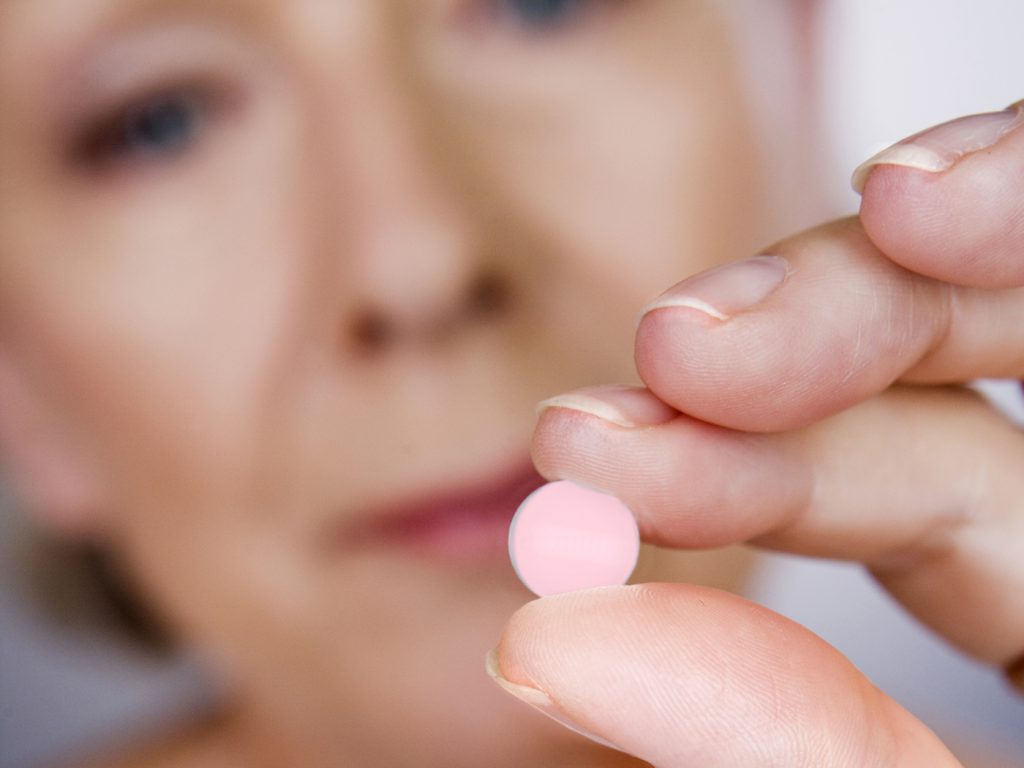 You might have heard that a baby aspirin a day can keep heart disease at bay. There’s certainly some truth to that, which is why your doctor might have recommended it. But taking regular medication—even an over-the-counter one like aspirin—is not something you should be doing on your own without a doctor’s blessing.

The reason, as you may have guessed, is that all medications have potential side effects. Assuming you don’t have an allergy to aspirin, the biggest downside you have to worry about is excessive bleeding. That includes bleeding in your GI tract as well as bleeding elsewhere in the body, including your brain (which can be very serious) and under your skin (which causes you to bruise more easily).

How Does Aspirin Work?

Aspirin is good for your heart primarily because it’s a blood thinner. It makes the platelets in your blood less likely to clump up and form clots—including the kind that could block blood flow to your heart and cause a heart attack, or to your brain and cause a stroke. If you’ve already had a heart attack, ischemic stroke (the kind caused by a clot), or if you’ve had a stent or bypass surgery, taking low-dose aspirin (81 mg) daily tends to be a smart move, says Sharonne Hayes, M.D., a cardiologist and professor of medicine at the Mayo Clinic in Rochester, Minnesota.

For secondary prevention, meaning you’ve already had a cardiovascular incident and are trying to prevent another one, “there’s pretty good evidence that taking aspirin will reduce your risk of another heart attack, stroke, and even death,” Dr. Hayes says. The only caveat is that you need to be careful about combining it with other blood thinners. If your doctor has already prescribed warfarin (Coumadin), for example, adding aspirin to the mix could cause excessive bleeding.

Where it gets really tricky, however, is primary prevention—meaning that you haven’t yet had a serious heart event but want to reduce the odds of it ever happening. Aspirin may help shift things in your favor, but the decision needs to be made after carefully weighing your personal risks and benefits.

Who Should Be Taking Aspirin?

According to the American Heart Association, aspirin therapy is helpful for people who have at least a 10 percent risk of having a heart attack or stroke during the next 10 years. You may be in that category if you’re overweight, have diabetes, or smoke. Your doctor can also calculate your risk score by using a risk assessment tool like this one; the catch is that this calculator only works for people up to age 79. And even if you’re in your 60s or early 70s, it still pays to have a thorough conversation about your health with your doctor, rather than just relying on the numbers, Dr. Hayes says.

“As you get older, your heart attack and stroke risk goes up,” Dr. Hayes says, “but so does your risk of bleeding.” If you have high blood pressure and a strong history of heart disease, that risk may be worth it. But if your cholesterol and blood pressure are normal and you have a history of ulcers, you might not get enough benefit to outweigh the downsides.

Other things to consider:

If the answer to any of these questions is yes, then your risk of bleeding is already elevated and taking daily aspirin might be a bad idea.

Another factor is your balance. “You might not want to be on aspirin if you have frequent falls, since there’s a risk of subdural hematoma,” which is bleeding between the covering and surface of your brain, says Thomas Weida, M.D., a geriatrician and chief medical officer at the University of Alabama College of Community Health Sciences. Anyone who falls and hits their head could end up with this problem, which can sometimes be fatal. But if you’re on a blood thinner like aspirin the risk goes up, because you’ll start bleeding more easily whenever you get bumped.

On the pro side of the equation, in addition to the heart health perks, aspirin can lower the risk of colon cancer. So if you’re someone who’s at high risk for colon cancer, you and your doctor should take note.