When you stop drinking—even for just a few weeks—you’ll experience big health benefits. 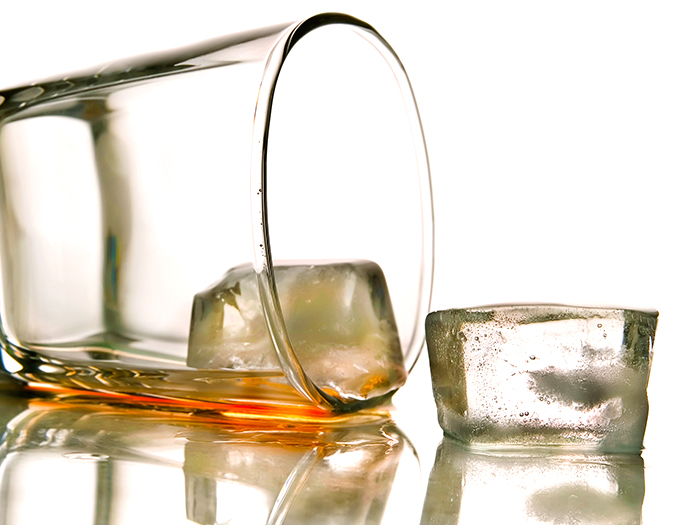 Like lots of people, you may enjoy a beer with friends or a glass of wine with dinner. Most experts think that alcohol in moderation—say, a couple of drinks a week—is okay, and maybe even good for you.

A study from the University of Rochester, for example, found that moderate drinking can actually tamp down inflammation and clear toxins away from your brain—including those associated with Alzheimer’s disease.

But other researchers disagree. A study in England, looking at more than 500 men over a span of 30 years, found that even at moderate levels, drinking alcohol is associated with a greater risk of mental decline.

And after seeing sharp spikes in the number of adults with alcohol-related liver disease, the U.S. Preventive Services Task Force recently called for all adults to be screened for unhealthy alcohol use at their yearly checkups. Most seniors don’t abuse alcohol, but the number of those who do is on the rise, according to the National Institute on Alcohol Abuse and Alcoholism.

Even if you’re just an occasional drinker, what kinds of health benefits can you expect from saying no to alcohol? Turns out, they’re pretty impressive, as the 800 folks who took part in the 2018 Dry January experiment in the U.K. learned.

“Participants covered the whole spectrum from very light drinkers to people whose self-reported intake may suggest dependence,” says psychologist Richard de Visser, Ph.D., who directed the study at the University of Sussex in England.

“The majority who complete Dry January [challenges] experience improvements in general psychological well-being and a greater sense of self-efficacy,” says de Visser. “They even show reductions in liver fat and blood sugar levels.”

That’s after just 31 days. And the effects last for a surprisingly long time—participants in the original experiment were still drinking less eight months later.

The benefits of sticking to water or mocktails are far-reaching. Here are some great expectations for your alcohol-free life.

Think a glass of wine seems like a good way to wind down and get drowsy? Maybe not. A drink at bedtime may work at first, but the result fades over the course of the night.

“Alcohol fundamentally alters what we call ‘sleep architecture,’” explains Carlene Macmillan, M.D., a psychiatrist in Brooklyn, New York. “That results in less restorative sleep and more daytime drowsiness. Even one glass of wine can make you snore and contribute to sleep apnea.”

The best way to nod off to dreamland is the old-fashioned way, insists Dr. Macmillan. “Stick to the tried-and-true sleep hygiene principles like having a set bedtime, getting regular exercise, and not checking emails or your smartphone in bed.”

Fifty-eight percent of the Dry January participants reported tightening their belts at the end of the experiment. There are probably lots of reasons for that. First, alcohol is loaded with empty calories.

Plus, people who drink too much often consume too many calories and tend to make other unhealthy nutritional choices as well, says Dr. Macmillan.

That’s likely because the impulse to make a plate of nachos after you’ve poured a margarita shares the same circuitry in the brain, according to a 2019 study from the Pennsylvania State University College of Medicine.

And finally, when you wake up groggy because of that late nightcap (or worse, with a hangover), you’re less likely to make it to the gym or head out for your morning walk.

To speed up your weight loss efforts, try eliminating one glass of wine or beer a day. That could save you a whopping 10,000 calories over thirty days—which adds up to nearly three pounds at the end of a month.

For extra pep, coffee’s good—but cutting out alcohol might be even better.

Some of that could be related to better sleep—when you’re well rested, you’re likely to have more get-up-and-go the next day, says Dr. Macmillan.

Another explanation, says de Visser, is that giving up alcohol lifts your self-esteem. He was struck by the number of participants—more than 90 percent—who said they had more faith in what they could accomplish when February 1 rolled around.

If you’re vulnerable to depression or anxiety, alcohol can stoke the fire, says Dr. Macmillan.

“Alcohol simply doesn’t mix well with psychological conditions,” she explains. “Even though people may at first think it helps their mood, ultimately it depresses the nervous system and won’t lead to improvement in depression.”

It could even make depression worse. One of the reasons: Moderate alcohol consumption drains your body’s supply of B vitamins, which are essential for brain health and can offer protection against depression.

A month without alcohol can do wonders for your skin. After all, when you drink, your liver has to work harder to detoxify your blood of alcohol.

To try to keep up, the liver signals your kidneys to urinate more, which leads to dehydration. That makes your skin cells lose their plumpness. It can also make the blood vessels in your skin dilate, giving your skin a red, flushed appearance.

The result: You can end up with skin disorders like rosacea and psoriasis, according to a recent study at Brown University.

Drinking extra water is a good idea, but stopping drinking is even better: 54 percent of the Dry January participants reported that their skin had improved.

Lots of people think of alcohol as a social lubricant that makes it easier to hang out with friends. But they often learn—to their surprise—that they can do without it.

“Drinking is so commonplace in modern culture,” says de Visser, “that people have few opportunities to socialize without alcohol. So giving it up for a month gives them an opportunity—and a good excuse—try it.

“By the end of the month,” he continues, “they realize that they don’t always need to drink in order to have fun.”

You do the math. Many of the Dry January participants reported drinking a bottle of wine a day before beginning the challenge.

At $10 a pop, that could run you more than $300 by the end of a month. That’s probably why so many people—88 percent of participants—reported saving money during their month of sobriety.

Curious about Dry January? Learn more, sign up for the challenge, or download the Try Dry app here.

SilverSneakers members can go to thousands of gyms and fitness locations across the nation, plus take SilverSneakers LIVE online classes that are designed for seniors of all levels. If you have a Medicare plan, it may include SilverSneakers—at no additional cost. Check your eligibility instantly here.