This potentially serious condition can reveal itself in some surprising ways. Here’s what every older adult should know. 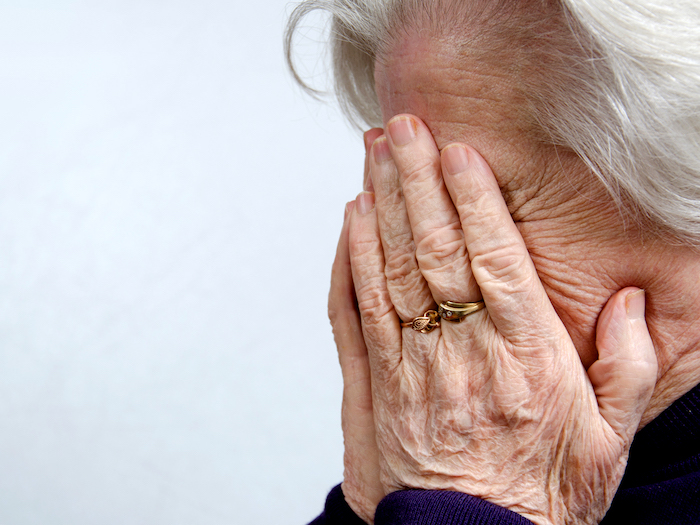 Calories, steps, candles on a birthday cake. These are all things we’ve collectively deemed worthy of tracking. It’s why you can approach just about anyone on the street and, within minutes, know they’ve taken precisely 5,236 steps today. (Thanks, Fitbit.)

But here’s a question that might throw them for a loop: How many breaths have you taken today?

Most of us wouldn’t be able to answer. (FYI: The average person takes anywhere from 17,000 to 28,000 breaths per day.) Few people give the breathing process much thought. We take for granted that it will hum along, business as usual. And most of the time it does.

But sometimes, while sleeping, your breathing can hit a serious snag. It’s called sleep apnea, a disorder marked by short interruptions in breathing while you sleep.

The most common kind of sleep apnea is called obstructive sleep apnea, explains Aneesa Das, M.D., a sleep medicine specialist at Ohio State University Wexner Medical Center. This occurs when your airways collapse and seal off when you suck in a breath, meaning the air can’t reach your lungs.

“Either you stop breathing completely or you decrease your breathing so much that it starts to affect your oxygen level,” Dr. Das says.

This breathing problem occurs during sleep for two reasons: First, a reflex that pulls your tongue forward and helps keep your airways open is stronger when you’re awake, she explains. When you sleep, that reflex weakens and the muscles in your airway relax, making a collapse more likely. Second, when you sleep on your back, gravity can make it harder to breathe, since your tongue can fall back and partially obstruct your airway.

For breathing interruptions to be considered sleep apnea, they have to occur at least five times per hour, says Jessica Vensel Rundo, M.D., a sleep specialist at the Cleveland Clinic Sleep Disorders Center. That qualifies as mild sleep apnea, she says. With severe cases, you may stop breathing more than 30 times per hour.

Watch for these signs of sleep apnea—and talk to your health care provider if you spot them.

This is a big one, and often the one symptom people already know about.

Any kind of snoring can be associated with sleep apnea, but a particularly concerning sign would be pauses in snoring—where loud snoring gets quieter and quieter and then comes to an end with a loud snort or gasp, Dr. Das says.

“When you do that gasp and snort, your airway is basically saying, ‘Hey, I can’t get enough air,’ so you take a breath,” she says. “It doesn’t always cause an arousal, but often it’s you waking up to catch your breath.”

2. You Wake Up Exhausted (for No Obvious Reason)

If you roll out of bed tired, unrefreshed, and already looking forward to an afternoon nap, sleep apnea might be to blame.

When your airway collapses significantly, your oxygen levels go down and your carbon dioxide levels go up, Dr. Rundo explains. Your brain senses this and sends an adrenaline rush to your body to wake you up and take a breath. Most of the time, you’re not even aware you’re waking up. But it still messes with your sleep cycle.

“Because your sleep is essentially disrupted from these respiratory events, you don’t necessarily get into a deep, consolidated sleep,” Dr. Rundo says. “Your quality of sleep is not as good as if you didn’t have sleep apnea and were able to sleep soundly through the night, going into the different stages of sleep.”

3. You Wake Up with a Headache

Morning headaches are pretty common with sleep apnea. According to a 2015 Japanese study, more than one in five people with obstructive sleep apnea reported morning headaches, with 25 percent of them experiencing the head-throbbers more than 15 days per month.

These headaches tend to cause pain on both sides of the head and are often described as “pressing” rather than “pulsating.”

There are a few reasons why this happens: Disrupted, nonrestorative sleep can often trigger a head-pounder, Dr. Rundo says. Plus, too many breathing interruptions can lower oxygen levels, which also sparks a headache.

In addition, sleep apnea can cause your blood pressure to increase, which may lead to headaches as well, Dr. Das says.

4. You Wake Up with a Sore Throat

If you’re having trouble breathing during the night, your body can subconsciously try to fix that by opening your mouth in an effort to get more air in, Dr. Rundo says.

“When you have your mouth open, it’s going to dry out more easily,” she explains. “It can also make your throat sore because the mouth is so dry.”

5. You Pee Multiple Times a Night

Getting up to relieve yourself may be sparked by sleep disruptions caused by breathing interruptions, Dr. Rundo says. “Sometimes people will fully wake up and realize, ‘My bladder seems full, maybe I need to go to the bathroom,’ and they go,” she says.

But there may be a physical reason as well: Patients with obstructive sleep apnea tend to produce more of a protein called atrial natriuretic peptide, or ANP, which causes you to make more urine at night.

“Many of my patients say they seem to have to get up many more times in the middle of the night to go to the bathroom than they do during the day,” Dr. Rundo says. “That’s a pretty good indicator that they have untreated sleep apnea.”

What to Do If You Notice These Signs

If you’re experiencing these symptoms of sleep apnea, make an appointment with your doctor. He or she can help determine whether you need a sleep study to diagnose sleep apnea.

If you are diagnosed, something called continuous positive airway pressure (CPAP) therapy is considered the gold standard for sleep apnea treatment. “You wear a mask at night to help push the airway open with pressurized air,” Dr. Rundo explains.

It can take some trial and error to find a mask that feels comfortable for you, but it’s often worth the effort. “In most cases, patients do find some kind of benefit from using their CPAP machine,” Dr. Rundo says. “They feel like they have more refreshing sleep, they’re less fatigued, they’re not falling asleep on the couch in the evening, and they have more energy.”

If you learn sleep apnea isn’t your problem but you’re still not sleeping well, your doctor can help pinpoint the sneaky reason you might be up at night. Identifying the underlying problem is the first step toward a good night’s rest—and better overall health.