Skipping breakfast isn’t the worst way to start your day. Eating any of these foods is. 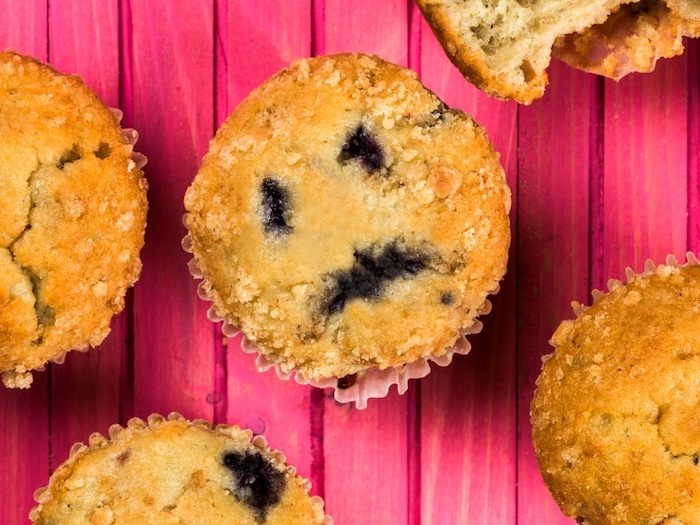 For most people, the time between dinner tonight and breakfast tomorrow morning is the longest you’ll go without food. So when that alarm goes off, your body is ready for fuel.

“The name says it all: Break fast,” says Jen Bruning, R.D.N., a spokesperson for the Academy of Nutrition and Dietetics. “It’s important that we eat something within the first hour or two of waking so that we can reassure our bodies that more food is coming in.”

Otherwise, your body might think it’s in a state of famine, resulting in sluggishness as it tries to conserve its resources, Bruning says. But that doesn’t mean you should eat just anything. A solid morning meal—one that combines fiber, protein, and healthy fat—sets you up for more consistent energy levels, improved mood and concentration, and better control of your blood sugar. Problem is, many popular breakfast items do just the opposite.

Here are six foods that can ruin your day before you even leave the house—plus, what you should eat instead.

Food and fitness go together! With  SilverSneakers, you can choose from dozens of different Community classes, visit a participating fitness location, or  take online classes through SilverSneakers LIVE.  Check your eligibility here.

Skip This: Low-Fat Muffins and Scones

The bakery case includes both obvious treats—donuts, Danishes, and chocolate croissants—and seemingly healthier options like low-fat muffins and scones, but they’re all just as likely to send you crashing shortly after your final bite.

“Eating foods high in simple carbs first thing in the morning can send your blood sugar on a joy ride,” Bruning says.

Your body digests refined carbs—white flour and sugars—quickly, which leads to a higher and faster blood sugar spike than when you eat complex carbs, like those made from whole grains, she explains. And blood sugar spikes aren’t only problematic for people with diabetes. They can leave anyone hungry and tired just a short time after eating.

“On those days when you really, really want a donut, try splitting it with someone,” suggests Bruning. “And pair it with milk or eggs for some protein to help you feel full and slow digestion.”

Otherwise, you’re better off with whole grain toast topped with all-fruit jam for your sweet fix, she says. Again, eat it along with some protein to make a balanced meal.

This is an example of convenience coming with a health cost. Instant oatmeal packages tend to be higher in sodium, says Jill Weisenberger, R.D.N., C.D.E, author of Diabetes Weight Loss: Week by Week. For example, one serving of Quaker Maple and Brown Sugar Instant Oatmeal contains 260 milligrams of sodium—that’s about 50 percent more than one serving of Lay’s Classic Potato Chips, which clocks in at 170 milligrams.

“If these foods are consumed at breakfast time, the stage has been set for higher blood pressure throughout the day,” Bruning says. “High blood pressure is tied to increased risks for stroke and heart attack.”

Try Quaker Quick Oats or similar, Weisenberger suggests. “They have no sodium and are simple to make.” You can cook them in the microwave, and you’ll be ready to eat in less than two minutes. Add fresh fruit if you want a flavor kick.

Yogurt is tricky. The plain Greek kind can be a great high-protein staple in your diet, but others can be serious sugar bombs. Case in point: One container of Dannon Mixed Berry Fruit on the Bottom Yogurt contains 21 grams of sugar. The brand’s plain low-fat yogurt, on the other hand, contains just 10 grams due to the naturally occurring sugars in milk.

“Skip the fruit on the bottom kind, which is usually more like jam on the bottom,” Weisenberger says. “The added sugars add calories without nutrients.”

Those numbers are in line with the American Heart Association’s recommendation for men of no more than 36 grams, or 150 calories, of added sugars per day. For women, the recommended maximum is 25 grams, or 100 calories. Some heart experts suggest limiting added sugar further to just 20 grams per day.

You know that fancy coffee drinks with sugary syrups and whipped topping can be gut bombs, but bottled beverages can be just as bad. Bottled iced teas, for example, are not only packed with added sugars—36 grams in a 16-ounce Snapple Lemon Tea—but you’re also missing out on some of the benefits of the brewed stuff, Weisenberger says.

Bottled tea lacks the flavonoids that brewed tea has, she says. These compounds function as antioxidants in your body and can have anti-inflammatory properties.

“Drinking tea is associated with reduced risk of heart attack, lowering of high blood pressure, and improved cholesterol levels,” Weisenberger says. To reap these benefits without drawbacks, opt for the real, brewed version.

Skip This: Bacon, Sausage, and Other Processed Meats

Breakfast meats like sausage and bacon tend to be high in saturated fat, which can raise your LDL cholesterol and put you at risk of heart disease, Weisenberger says. But even less fatty versions, like turkey bacon, come with risks.

That’s because any kind of processed meat—whether high in saturated fat or not—is usually packed with sodium and chemical preservatives.

What’s more, Harvard researchers found that a 50-gram daily serving of processed meat—about one to two slices of deli meat or one hot dog—was associated with a 42 percent higher risk of developing heart disease and a 19 percent higher risk of developing diabetes. Eating one serving per week or less would be associated with relatively small risk, the researchers say.

If breakfast sandwiches are one of your go-to morning meals, simply rethink your layers. Instead of egg and sausage on a biscuit, try egg and mashed avocado on whole grain toast, Weisenberger says.

A bowl of cereal takes less than 30 seconds to prepare, but choose the wrong kind, and that’s about how long it’ll keep you feeling full.

“High-sugar, low-fiber foods can cause a rapid rise of blood sugar,” Bruning says. “This can cause feelings of intense hunger a short time after eating, which in turn might lead to overeating and weight gain.” And if you have diabetes, it can also lead to more difficulty controlling your blood sugar.

Still, the convenience of a bowl of cereal is hard to beat, so just choose wisely. Look for whole grain cereals—“whole grain” should be listed as the first ingredient—with little or no added sugars and at least three grams of fiber per serving, Weisenberger says.

Take plain Cheerios, for example. Whole grain oats is listed as the first ingredient, and one serving has just one gram of sugar and three grams of fiber. That fiber not only helps you stay full, but it may also help reduce your risk of dying from chronic diseases such as cancer and diabetes.

A 2015 study published in BMC Medicine found that people who had the highest intake of cereal fiber were 19 percent less likely to die from any cause during an average follow-up period of 14 years compared to those who ate the least. One potential reason: Dietary fiber has been linked to a reduction in body-wide inflammation, the researchers say.

Just note that Cheerios and other cereals are pretty low in protein, so it might be worth adding in a tablespoon of nut butter or some plain yogurt.