Healthy doesn’t have to mean bland. We just rewrote your grocery list. 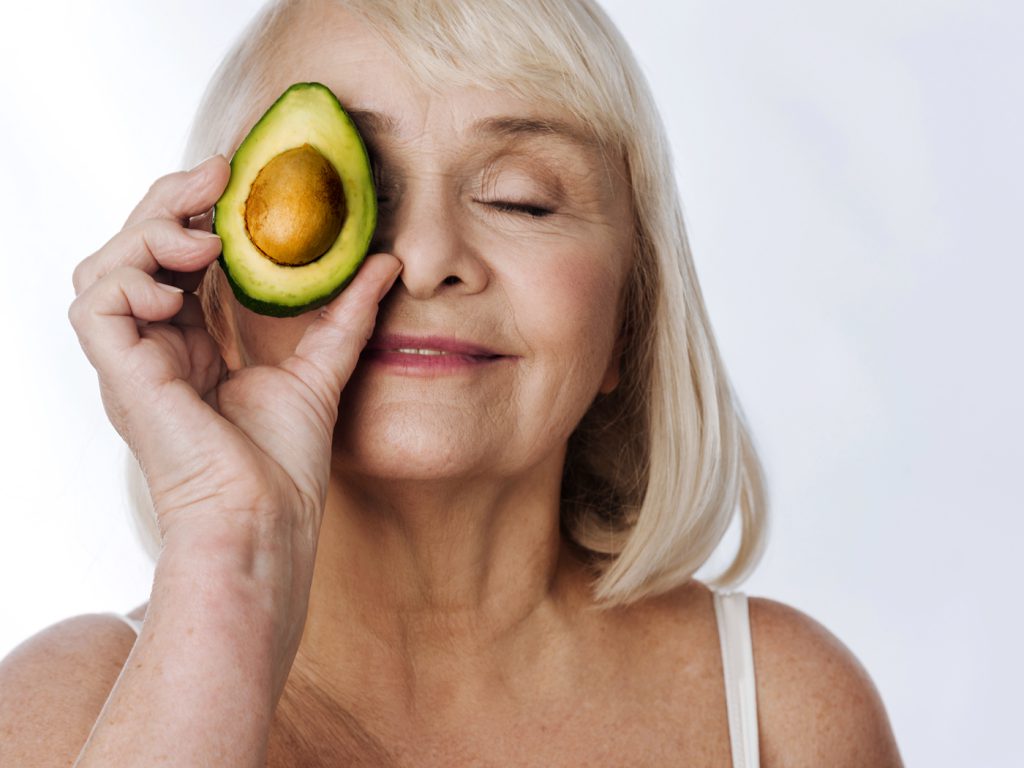 Take a look at this week’s grocery list: Is it any different from your last one? If the answer is no, there’s a good chance you’ve developed some nutritional blind spots.

“When you were younger, you probably tried different cuisines,” says Parul Goyal, M.D., an assistant professor of medicine at Vanderbilt University and an expert in geriatric medicine. “But as you get older, you may become very set in your ways, and therefore you don’t look for a variety of foods.” If you’re going to eat, you might as well load your plate with something you know you like.

If your dietary routine consists of a colorful array of fruits and veggies, keep up the good work. But if dinner often comes from a cereal box, it may be time to pump up your plate—and establish a new, healthier pattern. “A lot of studies that look at an individual food find pretty minor health effects,” says Elizabeth Kitchin, Ph.D., R.D., an assistant professor of nutrition sciences at the University of Alabama at Birmingham. “When you take a lot of foods together that have health benefits, you’re going to have a bigger effect.”

In other words, no single food on this list will extend your life. But together? They have the potential to enhance your health from head to toe. So grab your pen, and add these nutritional powerhouses to your shopping list.

These little blue orbs may be the ultimate brain food. In a 2012 Annals of Neurology study, folks who regularly ate blueberries experienced slower cognitive decline—an aging delay of as much as 2.5 years—than less avid berry eaters.

“Recent human studies from our laboratory indicate that anthocyanins, a subclass of flavonoid polyphenols, are involved in the multiple benefits of blueberries,” explains Robert Krikorian, Ph.D., a professor of clinical psychiatry at the University of Cincinnati, who has studied the brain-boosting fruit. In fact, according to the Annals of Neurology study, these anti-inflammatory compounds can cross the blood-brain barrier, accumulating in parts of the brain responsible for memory and learning.

Too pricey? Buy frozen blueberries, which are considerably cheaper than fresh, and toss them into a smoothie or on top of your oatmeal, suggests Kitchin. Not only will your brain thank you, but the rest of your body will too. Berries are rich in satisfying fiber (about 3.5 grams per cup), along with a shot of potassium, “a key nutrient for keeping blood pressure in check,” says Kitchin.

Around age 50, Americans start eating less meat, according to National Institutes of Health data, which means, as your grocery bill falls, your protein intake may take a hit too.

“Protein is the most important macronutrient to help preserve muscle mass,” which tends to decrease as you age, says Stuart Phillips, Ph.D., a professor of kinesiology at McMaster University. In fact, although current recommendations state that seniors should consume 0.8 grams of protein per kilogram of bodyweight each day, he believes that 1.2 grams per kilogram (or 0.54 grams per pound) is a better goal, with a particular focus on the amino acid leucine. “It’s the amino acid that stimulates the making of new muscle proteins,” he says. “Dairy is the best source.”

But it’s not just about aesthetics. Maintaining your muscle reduces your likelihood of falling, says Mireille McLean, M.P.H., director of the Sackler Institute for Nutrition Science.

Enter Greek yogurt, a once niche food that now occupies multiple shelves of the dairy aisle. “A lot of my patients really like Greek yogurt,” says Kitchin. “It’s a great thing for those who aren’t eating as much meat as they used to—it’s loaded with high-quality protein.” The creamy stuff also scores points for bone-building calcium, potassium, and B12, a vitamin you don’t utilize as well in older age, thanks to a decline in stomach acids that aid with absorption of the vitamin.

Although plain Greek yogurt is lowest in sugar, Kitchin suggests starting with the vanilla-flavored variety, which folks often find to be more palatable. You can also stir in fresh fruit, like blueberries or strawberries, instead of buying the fruit-on-the-bottom kind. “You’re not really getting a lot of whole fruit with that jellyish stuff,” she says. “And it takes up space in the container, so you’re not getting as much yogurt.”

Avocados are rich in fat—almost 30 grams each—and that’s not a reason to fear them. In fact, it’s one of the primary reasons you should add them to your grocery list.

The fruit’s green flesh is dense with heart-healthy unsaturated fat, says Kitchin, who cites a 2015 trial showing that overweight and obese adults who ate one avocado per day experienced a significant drop in LDL (often called “bad”) cholesterol after just five weeks.

Avocados are also a solid source of folate—a nutrient older adults often skimp on, says Dr. Goyal. If your folate levels are low, “it leads to an increase in levels of homocysteine, an inflammatory marker,” she says, which can boost your odds of atherosclerosis.

Guacamole is the most obvious way to eat avocado, but if you aren’t a fan of the texture, try chopping it up into small pieces and adding it to a salad, suggests Kitchin.

Popeye ate spinach for his muscles, but you should be eating the leafy greens for your bones. “The data is not real clear on supplements for vitamin K”—a nutrient known to play a role in bone health—“so I recommend my patients sauté some spinach,” says Kitchin, who works in the osteoporosis clinic at the University of Alabama at Birmingham.

Leafy greens like spinach, kale, and romaine are also a core part of the MIND diet, a hybrid of the Mediterranean and Dietary Approaches to Stop Hypertension (DASH) diets that was shown to decrease risk of Alzheimer’s disease in a 2015 study. Spinach also earns extra credit for its folate content, adds Dr. Goyal.

Hint: Top your salad greens with a small amount of olive-oil based dressing. The fat will help you absorb some of the spinach’s nutrients, such as beta-carotene, explains Kitchin. “This just goes to show that all nutrients work together,” she says. “And it’s important to make stuff taste better.”

Okay, so mixed nuts aren’t a single food—but that’s kind of the point.

“All of the nuts have different strengths and benefits,” although they all seem to be heart-healthy, says Kitchin. “Almonds are a little bit higher in magnesium than other nuts. Pistachios have a little more potassium. Even though we think of peanuts as the filler nut, they’re actually really good for you as well.”

In fact, in a 2016 meta-analysis of 29 studies, researchers found that higher consumption of nuts—including walnuts, peanuts, and hazelnuts—was linked to a lower risk of heart disease and cancer, and was associated with lower death rates from respiratory disease, diabetes, and infections. The results were similar whether the scientists analyzed total nut, peanut, or tree nut consumption.

Unless your doctor has you on a low-sodium diet, you don’t necessarily have to opt for the unsalted mix. “Because the salt’s on the outside, when it touches your tongue, you get a salty sensation,” says Kitchin. “But when you actually look at the sodium content, it’s really not that high.”

Nuts can be high in calories, so mind your portions. Most adults should aim for 4 ounces of nuts per week, according to the USDA.

Talk about a catch: This pink fish is chockfull of “all the right” fatty acids, says McLean, which can help keep your ticker healthy.

It also provides a nutrient you may not be getting elsewhere: vitamin D. “As we get older, we don’t make as much vitamin D from the sun,” Kitchin says. “The skin thins, so we have less of the chemical in our skin that converts to vitamin D.”

Salmon is a hearty source of D (about 300 to 400 IUs per serving), a vitamin that seems to play a role not only in bolstering your bones, but also in keeping your muscles strong, notes Kitchin.