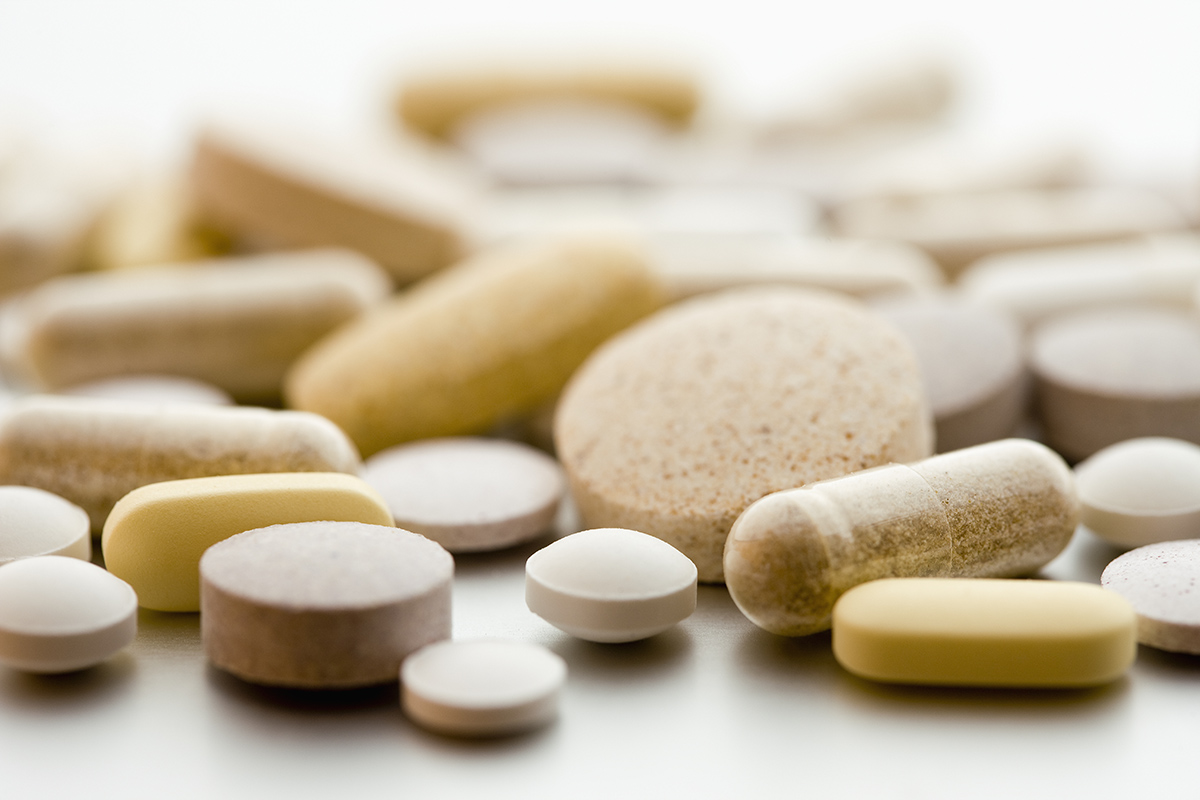 These are all things you might see on the label of a dietary supplement. And with claims like that, it’s no wonder more than 80 percent of women and 67 percent of men age 60 and older reported using dietary supplements in the past 30 days, with more than one-third of people in the same age group (both men and women) using three or more different supplements, according to the Centers for Disease Control and Prevention.

This may seem like no big deal — they’re available over the counter, after all. But not needing a prescription doesn’t mean there isn’t a real risk of harm. That’s why it’s crucial to talk with your doctor before adding any supplement to your routine, even a daily multivitamin. Why? Here are five compelling reasons.

Reason #1: Some Supplements Can Interfere with Medications

It’s important for people of all ages to discuss supplements with their doctor before taking them, but it’s even more essential for older adults, says Lauren Grossman, M.D., an emergency medicine physician and medical director of the UCHealth Integrative Medicine Center in Denver.

That’s because “older adults may have more medical issues and be on pharmaceuticals that can interact with supplements,” she says.

For example, Saint-John’s-wort is a supplement that’s often used in integrative medicine to treat mild depression, but it can also have the opposite effect, interfering with selective serotonin reuptake inhibitors (SSRIs), a common type of prescription antidepressant. Research in The Journal of Alternative and Complementary Medicine found that 28 percent of the time Saint-John’s-wort was prescribed between 1993 and 2010, it was administered in dangerous combinations with antidepressant or antianxiety medications, statins, the blood-thinning drug warfarin, or oral contraceptives.

Another example is vitamin E, which slows blood clotting, says Maddi Osburn, R.D.N., owner of Flexible Nutrition, a virtual private practice based in Wichita, Kansas. Research shows that taking vitamin E as a supplement can interfere with blood-thinning medications like warfarin (brand name Coumadin) and aspirin and lead to increased bleeding and bruising.

Calcium is a great example here: It’s important for building strong bones and preventing bone diseases like osteoporosis, so many older adults — especially women — automatically think they should take a calcium supplement. Some people truly may benefit from it, but if you’re not one of them, “too much calcium can contribute to an increased risk of the formation of kidney stones, for example,” Dr. Grossman says.

Science agrees. An analysis of 10 years of medical tests on more than 2,700 people published in the Journal of the American Heart Association suggests that taking calcium supplements may increase the buildup of plaque in the aorta and other arteries. Getting calcium from food, on the other hand, appears to be protective, suggesting that eating plenty of dairy, green vegetables like kale and broccoli, and canned fish with soft bones like sardines and salmon may be a safer way to protect your bones.

If you’re concerned about meeting your daily vitamin and mineral needs from food alone, talk to your doctor. They can do a blood test to check your vitamin and mineral levels (more on that below), and help you determine the right dose of supplements for you, if any.

Supplements are not regulated by the U.S. Food and Drug Administration in the same way that prescription medications are, so you might not be getting what the label says, says Lauren Kaufman Aronson, a registered dietitian who’s based in New York City. For example, a supplement may contain additional, unwanted ingredients or far more or less of a certain nutrient than is indicated on the bottle. If it’s an herbal supplement, it might contain the wrong part of the plant, she says.

That said, legitimate supplement companies usually choose to have their products tested by a reputable third-party laboratory. Your doctor will be able to recommend high-quality supplements, like those with the United States Pharmacopeia seal, which indicates that the supplement contains the ingredients listed in the correct amounts and does not contain harmful amounts of contaminants like heavy metals.

Reason #4: Lab Tests Are the Only Way to Reveal a Deficiency

It’s very common for people to assume they’re deficient in certain vitamins or minerals and shop accordingly. You feel tired or weak and immediately blame it on a vitamin B deficiency, for instance, or maybe you fracture a bone and assume you’re calcium-deficient. This self-diagnosing is often inaccurate and always unhelpful.

A blood test is the only surefire way to reveal a nutrient deficiency, Osburn explains. And she’s not talking about mail-order tests that claim they can diagnose your health problems through a sample of urine, hair, or anything else. For the most accurate results, it’s best to see your doctor for a blood test.

“Open communication with your health care provider is important so that they can provide expert guidance, prevent complications, pick up on potentially significant medical problems, and be your true partner in health,” Dr. Grossman says. In other words, discuss any health challenges or symptoms you’re experiencing with your doctor instead of trying to solve them on your own.

“You want to avoid self-medicating for symptoms of a medical problem that’s potentially serious and requires further testing or treatment,” Dr. Grossman says. For example, a sudden onset of fatigue may be a sign of a vitamin D deficiency, but it might also be a sign of something more significant that your doctor could help you treat or manage.

The bottom line: While it’s tempting to focus on the potential benefits of dietary supplements, you can’t ignore the risks. Protect your health — and save some serious cash — by talking to your doctor before taking any new supplement. They’ll help you determine which ones may be helpful or harmful, as well as whether there’s something else going on with your health that needs further attention.