Plus, the fixes that will get your finances back on track—fast! 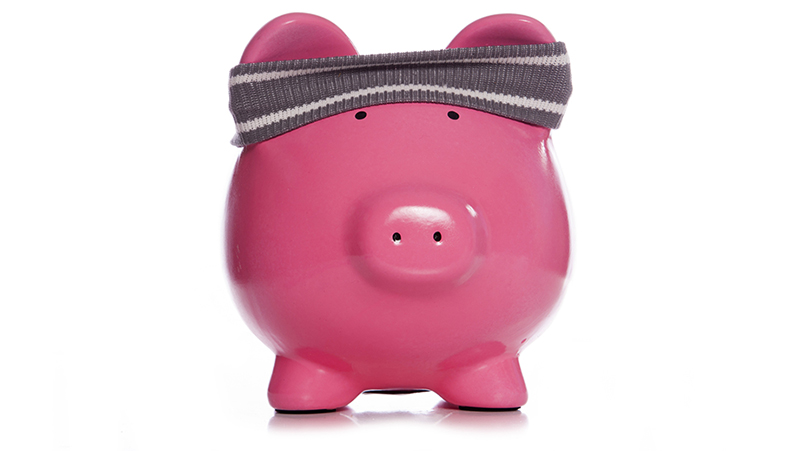 For decades, you’ve worked your tail off and diligently socked away enough money to enjoy an active, comfortable retirement. But even the smartest savers are still prone to occasional lapses in judgment, or don’t account for some of the spending scenarios that can crack open a nest egg before it’s mature enough to hatch.

Here are five money mistakes you might be making—and the fixes that will get your finances back on track.

Money Mistake #1: You Rush into Relocating

You’ve long dreamed of packing up your place and heading for warmer weather—or at least cheaper taxes. But when seniors relocate, they often end up tacking on extra expenses that they didn’t budget for, like finding new transportation and taking frequent trips back home to see the grandkids, says Lauren Locker, a financial planner and founder of Locker Financial Services in Little Falls, New Jersey.

Plus, there are social downsides to changing locations. “Chances are, when you move, you’re not going to know many people,” Locker says. “When you isolate yourself into a new spot without having a social network in place, it doesn’t work out so great.”

Research backs this up. Loneliness and isolation are major threats to longevity, according to a study published in Perspectives on Psychological Science.

If you insist on a change in scenery, don’t commit to buying a new house. “Renting is a much smarter option,” Locker says. “If you like your new town after a year, you can buy a place there. But if you don’t, you can always return and you won’t be losing anything,” she says. “A lot of people are resistant to renting, but it’s much more freeing. You don’t have to worry about spending all that money to own a home anymore.”

And once you’re settled, look for opportunites to meet people in your new community. A great way to get social and stay fit: SilverSneakers classes.

The last thing you want to think about while you’re living your best life is what happens after it. “No one wants to talk about death,” Locker says. “For some of my clients in their 70s and 80s, they think creating a will means they’re going to die. There’s such a stigma around it that just isn’t true.”

The sooner you have an estate plan, Locker says, the sooner you’ll unlock some peace of mind and get back to a healthy, happy retirement. Establish a power of attorney, an advance directive, and a will, and you’ll save yourself—and more importantly, your family—from financial hassle.

Locker uses this example to underscore the importance of these documents: “If you fall into a coma and you don’t have a power of attorney, but a family member marches in and wants to pay your bills, they have to deem you incompetent to make these decisions, which could cost you thousands of dollars,” she says. “Your house could get held up. And for what? All you have to do is sign a single piece of paper.”

Learn more about power of attorney, advance directive, and other important information you should share with your kids here.

Tempting as it is to leave your retirement funds alone until you absolutely need them, the government eventually wants a piece. That’s why you’ll need to start withdrawing required minimum distributions (RMDs) from your IRA, SIMPLE IRA, SEP IRA, or other retirement accounts when you reach a certain age, Locker says. But the exact rules are tricky, she says, which is why a lot of people tend to screw them up.

You must make your first withdrawal from IRAs by April 1 of the year following the calendar year in which you turn 70.5. Then for each subsequent year, you have to withdraw your RMD by December 31. If you don’t take any distributions or if they’re too small, you could have to pay a 50 percent excise tax on the amount not distributed as required, per the Internal Revenue Service (IRS).

“In many cases, people forget to take their RMDs,” Locker says. Make sure to stay on top of your dates, or work with a financial planner to keep tabs, so you don’t end up paying the penalty.

If you’re lucky, your retirement could last as long as 40 years. The problem? When it comes to investing, most people don’t account for all that extra time.

“The big investment myth is on the day you retire, you have to put all your money into cash or have highly concentrated positions in one stock,” Locker says. “The truth is you have to segregate that money into short-term, mid-term, and long-term asset allocations.”

You’re most active right after you retire, so you’ll want enough cash on hand to live comfortably for a few years, Locker says. Your financial planner should be more aggressive with the rest of your money, since you won’t need it until later and thus can afford to let the market fluctuate.

“People spend a lot more money than they think they’re going to in those first couple years,” she says. “But that’s okay, because you end up spending less in later years. It all evens out in the end.”

Money Mistake #5: You Lean Too Heavily on Credit Cards

The most jarring part of retirement is when that first paycheck stops showing up, Locker says. When you’re used to a steady stream of money coming in every week or two, you generally have a good idea of how much you can afford to spend each month. But when the funds dry up, your expenses become harder to judge.

Suddenly you start taking money as you need it. “$2,000 for home repairs here, $4,000 for a trip to Italy there,” Locker says. “Before you know it, you get nervous and wonder if you actually have enough money left. That’s when you end up second-guessing everything and rack up credit card debt because you’re afraid to take money out of your accounts.”

The good news: You don’t have to be especially stingy with your spending—you just need a firm grasp of your actual assets. “It’s perfectly fine to spend your money as long as you understand where it’s coming from and how you’re going to get it,” Locker says.

That’s where a financial planner comes in. “We deal with this stuff every day,” she says. “We can talk it through with you and tell you how much you can spend.”