If you traded soda for seltzer in the name of better health, your fizz may be falling flat. 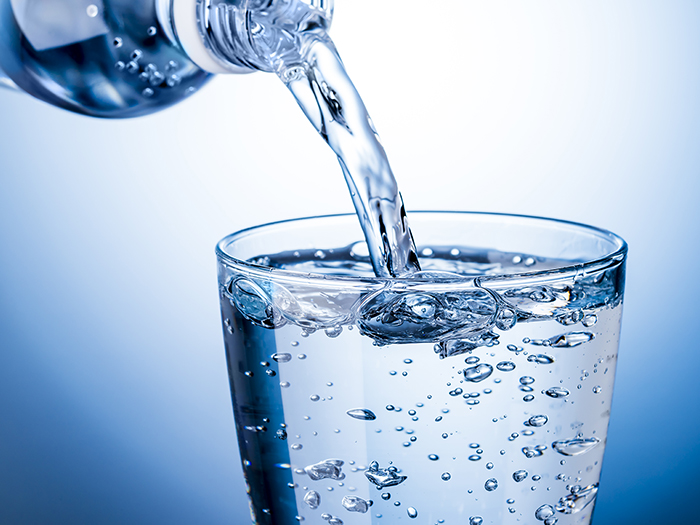 It wasn’t long ago that sparkling water was limited to fancy glass bottles at high-end restaurants. These days, you’ll find supermarkets filled with flavored seltzer options, from LaCroix Pamplemousse to store-brand lemon-lime.

While unsweetened bubbly water is certainly better for you than sugary or artificially sweetened soda, there’s been some talk lately that sparkling water might not be totally guilt-free.

To clear up the confusion, we looked at the rumors—and the evidence—and asked a few experts to weigh in.

The truth: Some do, but probably not sparkling water

Not all carbonated drinks have the same effect on bones.

After crunching data from the Framingham Osteoporosis Study, researchers found women who enjoyed at least one cola a day also had lower bone density in the hips. The findings were published in the American Journal of Clinical Nutrition.

Diet and decaffeinated colas didn’t have as strong an effect, but they were still associated with lower bone density. Noncola carbonated beverages, however, were not.

But it’s likely not carbonation that weakens bones. “In the literature we have, I can’t find anything showing it’s sparkling beverages themselves that are associated with increased fracture risk,” Dr. Weber says.

Instead, experts believe it’s a combination of the caffeine, added sugars, and high phosphorus content in sweetened soft drinks that may make your bones more brittle over time, he explains.

The truth: Mind your mouth

This one’s got some chops to it. And you can blame the bubbly’s acidic makeup.

Seltzer has a lower pH than spring or tap water, so too much might not be great for tooth enamel, says Elisabetta Politi, M.P.H., R.D., nutrition director at the Duke Diet and Fitness Center.

Going back to Chemistry 101, the pH scale of 0 to 14 measures the acidity of liquids. Anything under 7 is considered acidic.

According to a 2016 report in the Journal of the American Dental Association, flavored sparkling waters generally have a pH of 3.0 to 4.0, depending on flavor and brand. That’s on par with light-colored sodas and fruit juices, and higher than cola, which has an average pH of 2.4. The report also says that anything with a pH of 2.0 to 4.0—that’s pretty acidic—is considered potentially corrosive for tooth enamel.

An important thing to note is that the carbonation causes this lower pH, not added flavorings or citric acid.

This applies to unflavored seltzers too. But some sparkling waters like San Pellegrino and Perrier may be better because they’re naturally carbonated at their source, not pumped with carbon dioxide. That means a pH closer to 5.0, which is out of the danger zone. The downside: These types of sparkling waters tend to be more expensive.

While we suspect sparkling water might damage enamel, there’s no concrete research that proves it, Politi says.

If you’re worried about your teeth, try this: “Drink sparkling water with meals,” she says. “Food increases the pH.” And stick to regular water between meals.

The truth: It depends on the person

When it comes to digestion and gastrointestinal (GI) symptoms like gas and bloating, “sparkling water consumption needs to be assessed individually based on tolerance,” Politi says.

If you find yourself burping or belching often, you likely want to cut down. But she’s also heard anecdotally that some people think sparkling water actually helps their digestion.

For those with more serious GI issues, like irritable bowel syndrome (IBS) or Crohn’s disease, carbonation shouldn’t be a huge concern.

“Most of the carbonation doesn’t go down to the intestines, where IBS symptoms occur. It’s neutralized in the stomach,” Politi says.

Still, these conditions are personal and variable. “If not drinking carbonated beverages improves your symptoms, stay away,” she says.

If you continue to have GI discomfort, check in with your doctor to figure out the cause.

So, Keep on Sipping or Glasses Down?

“Overall, I’m very positive about recommending seltzer and sparkling water as an alternative to sodas and diet sodas,” Politi says.

Plus, to state the obvious, sparkling water is hydrating. If it helps you drink more water overall, it’s probably a win.

This is in line with Politi’s recommendation to only drink sparkling water with meals. “I love sparkling water, but I don’t want to get so hooked on it that I don’t like drinking plain water anymore,” she says.

Bottom line: Don’t sweat your seltzer habit, but be sure you’re still getting plenty of the non-bubbly stuff as well.