Here’s why you might be feeling puffy and uncomfortable—and how to deflate fast. 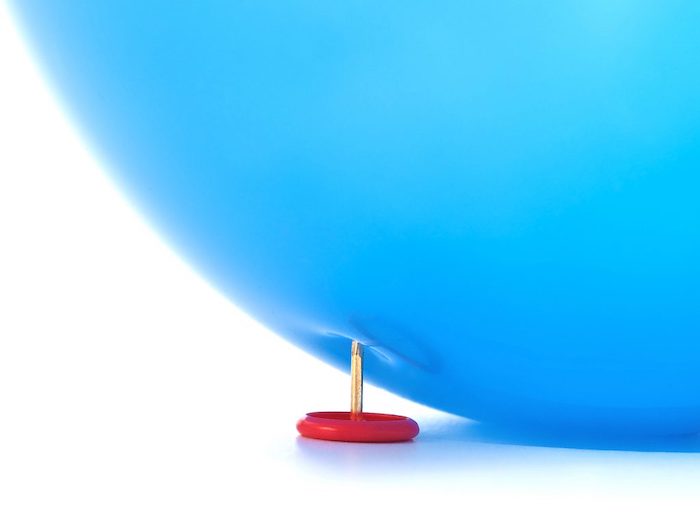 The heavy, uncomfortable feeling in your gut usually happens when you overeat, have too much gas built up in your stomach or intestines, or are constipated. So while unpleasant, it’s rarely a cause for concern, says Stephanie McAbee, M.D., an assistant professor of gastroenterology at Vanderbilt University School of Medicine.

“Bloating that’s associated with gas or comes and goes is probably benign,” she says. “But if your bloating is new and persistent, especially with vomiting, weight loss, or blood in your stool, you should call your doctor.”

If you’re dealing with temporary bloating, try these natural remedies to feel better fast—and prevent it from happening in the future.

Chugging more fluids when your belly already feels distended might not sound appealing, but it’s one of the best things you can do when you feel bloated, says Keri Gans, R.D.N., author of The Small Change Diet.

Science agrees. A study in the American Journal of Gastroenterology found women and men who took in the least amount of liquid each day were more likely to experience belly-bloating constipation than those who consumed the most.

How do you know you’re getting enough fluid each day? Gans has a quick calculation to help the average person: Simply divide your weight in pounds by half. That’s roughly the number of ounces of liquid you should aim to drink each day.

Carbonated beverages like soda or sparkling water can make you gassier, so you may want to play it safe with plain water. Flavor it with lemon, lime, or cucumber if you find water boring, Gans says. In fact, lemon water may be the best bloating remedy of all since lemon is a natural diuretic.

2. Walk After You Eat

Taking a brisk walk is another thing that probably doesn’t sound great when your belly is bloated, but it truly helps. “Activity boosts your intestinal motility, helping move waste through your digestive tract and keeping constipation at bay,” Dr. McAbee says.

In fact, taking a walk after eating a meal reduces the amount of time it takes for food to empty from your stomach, according to a German study. Any kind of movement can trigger the digestive process, which can start to make bloat feel better too, Gans says.

“If you consume too much salt, your kidneys can’t keep up and flush it all out,” Gans says. “The sodium begins to accumulate in your body.” Result: a full, bloated feeling in your belly.

Drinking a lot of water can help move sodium out of your body, Gans says, but you should limit the amount you’re taking in regardless. Along with its contribution to bloat, excess sodium has been linked to higher blood pressure—and older adults tend to be more sensitive to its effects, according to the American Heart Association (AHA).

The AHA recommends no more than 2,300 milligrams of sodium per day and an ideal limit of 1,500 milligrams per day. That means not only removing your saltshaker from the table, but also watching your intake from sneaky sodium sources, like processed and fast foods, Gans says.

Flavor foods with herbs and spices or marinades instead. And if you must hit the drive-thru, consider these 14 dietitian-approved fast food meals.

Cutting your sodium intake is one part of an important nutrient pairing. The other half: Increase potassium intake. Potassium helps balance sodium levels in your blood, Gans says.

“Potassium can help your body get rid of extra sodium,” she says. And that means less belly bloat.

Bananas may be the best-known source of potassium, but they’re not the only option. Lima beans, tuna, potatoes, or anything else on this list of surprising potassium-packed foods can help you hit your daily quota.

Just remember that the whole, natural version of these foods is best. “A small baked potato would be a good choice,” Gans says. “But a serving of fries? Not so much.”

5. Watch Out for Dairy

Even if you had no problem guzzling a glass of milk or eating a bowl of ice cream as a kid, you might notice your gut isn’t quite as happy with it now.

That’s because as people age, they can lose some of the enzyme called lactase, which helps digest the dairy sugar lactose in their intestinal tract, Dr. McAbee explains.

It’s not just an age-related issue. About 65 percent of the world’s population has difficulty digesting lactose after infancy, though it’s more common in people of East Asian, West African, or Mediterranean descent, according to the National Institutes of Health.

Lactose intolerance can trigger GI symptoms like abdominal pain, bloating, gas, nausea, or diarrhea within 30 minutes to two hours after consuming dairy. So if you experience any of these things, it’s best to cut back and see if the symptoms subside.

Anytime you eat, drink, or talk, you’re sucking in air, Dr. McAbee says. That’s normal, but some seemingly harmless habits can make you swallow more air than normal, which boosts the amount of gas in your intestinal tract and leads to a bloated feeling.

Drinking from a water bottle, sipping from a straw, and chewing gum are all major culprits, Dr. McAbee says.

Plus, gum often contains a sugar alcohol called sorbitol, which can be difficult to digest, Gans says. That, coupled with the excess air you’re taking in, can make bloating even worse.

Ditch the gum, and switch your bottle or straw for an open-mouth cup. Your belly will thank you.

Probiotics, or “good” bacteria, help balance out the trillions of microorganisms in your gut, which can fight off digestive disturbances like bloating, Gans says.

You can find probiotics in certain foods like yogurt, sauerkraut, or kefir, or you can buy probiotic supplements. There are tons of different strains of probiotics, both in natural foods and in supplements, which can have different effects for different people.

“A lot of times it’s trial and error to see if one is going to have an effect,” Gans says.

Scientifically speaking, Dr. McAbee cautions the jury’s still out on the ability of probiotics to relieve bloating. But there’s not much downside to giving them a shot if you’re otherwise healthy, she adds. They’re generally safe, and they may give you some relief.

Learn more in our guide to the best foods for a healthy gut.

A fiber-rich diet adds bulk to your stool, helping move waste through your digestive system faster. This guards against constipation, a major cause of feeling bloated or sluggish. Fiber is also especially important if you’re taking any meds that might slow down your digestive system, like pain pills for conditions such as arthritis or nerve pain, Gans says.

What’s more, most older adults aren’t getting nearly enough of the nutrient. The National Academy of Medicine recommends women 51 and older consume at least 21 grams of fiber a day, and men 30 grams. But according to a survey from the U.S. Department of Agriculture, women ages 60 and older are averaging only 15 grams a day, and men just 18 grams.

The solution isn’t boosting your fiber intake all at once. Increasing it too quickly can actually cause even more stomach distress, Gans says. So make it a gradual process. Start by adding about two grams a day—that’s the amount in a slice of whole wheat bread—until you reach your quota, she advises.

Plus, check out 18 foods with more fiber than oatmeal.