Certain types of fraud are more likely to affect seniors. Here’s how to spot a swindler and protect your assets. 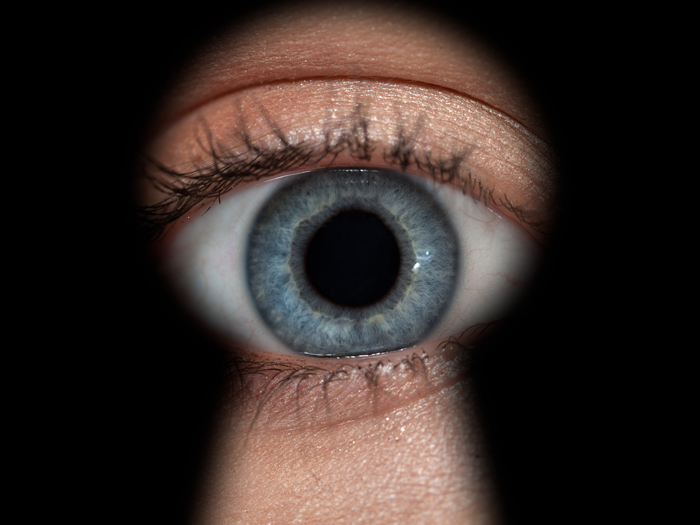 The phone rings. You pick it up. A friendly voice responds to your greeting: “Mrs. Hoffman, this is John from Microsoft. We received an alert from your computer that a virus has taken down your firewall, and we need to repair it before scammers gain access.”

That doesn’t sound good. Caught unprepared, you ask a couple of basic questions. Where did the alert come from? Why didn’t my antivirus scanner catch this bug?

“We received an error message from a security feature in your operating system,” John explains. “The virus may not be detectable by current software.”

He then asks for remote access to your machine to diagnose the problem. He seems helpful and knowledgeable. Should you let him into your computer?

You surely answered with a resounding no. But in the moment, many people fall for tricks like this. In fact, tech support scams are the number-one fraud reported by older adults, according to a recent Federal Trade Commission (FTC) report.

The High Price of Scams

Older Americans pay millions to scammers each year—but that’s just what’s reported to the FTC. When factoring in unreported scams, older Americans lose about $3 billion each year, according to a new report by the Senate Special Committee on Aging.

“Scammers who target older adults assume that they are less computer-savvy, more trusting, and more solitary,” says Christine Durst, a scam expert and internet fraud investigator who has consulted for the FTC. “They tailor their approach in ways that align with these vulnerabilities.”

As a result, your pocketbook—and your health—may suffer. In a 2013 study of adults 65 and older participating in the Chicago Health and Aging Project, those who had experienced financial exploitation had a greater risk of being hospitalized.

The good news is you can protect yourself from swindlers by arming yourself with knowledge. Here’s how to spot the top five scams you’re most likely to encounter—plus what to do if you think you’ve been targeted.

Back to John. If you were to grant him remote access to your computer, here’s what’s likely to happen: He would diagnose a nonexistent problem and then ask you to pay for unnecessary, or even harmful, services.

Charlatans like this can sound very convincing, using technical terms and addressing any concerns or questions you might have. They can even become threatening, Durst says, saying things like, “If we don’t deal with this now, all your personal information will soon be all over the internet.”

“These scams are designed to create a sense of urgency and fear,” Durst says. “The knee-jerk reaction is to follow the instructions and do whatever the tech person tells you to do.”

This scare tactic, unfortunately, is very effective. Seniors are five times more likely to report losing money to tech support scams than younger consumers, according to the FTC.

If you receive a call from someone claiming to be tech support, hang up. Legitimate companies like Microsoft and Apple do not contact customers unless the customer initiates communication. And don’t rely on caller ID. Scammers can make it appear as if they’re calling from any number they want, says the FTC.

If you’re concerned about your computer, look for the company’s contact information online, on a software package, or on your receipt. Never call a number in a popup warning.

Want to protect yourself against phishing, malware, or hacks? Check out the FTC’s tips for online security.

Some scammers will pose as the representative of a company, like a bank or utility provider, in an effort to convince you to reveal confidential information or perform some act—namely, sending money. Others may pretend to represent a charity or a government agency like the Internal Revenue Service (IRS).

They can reach out via email, phone, or text message in an effort to sell you fake services, convince you that you owe fees, or send you a fraudulent check for too much money and request that you return the extra.

Anyone who asks you to pay with a gift card or wire transfer is a fraud. Only fake companies will ask for these types of payments, which cannot be recovered once they’re gone. No legitimate company will ever ask for payment that way, the FTC says.

In addition to never demanding a specific type of payment, like a prepaid debit card, the IRS will never call demanding immediate payment. They’ll always send a bill in the mail first and allow you time to question or appeal the amount owed.

You’ve won! At least, that’s what you’re being told. Whether it’s a cash prize, expensive jewelry, or a luxury vacation, it’s yours—as long as you cover the minor cost of taxes, shipping and handling, or processing fees first.

If you have to pay anything, it’s not a prize. Legitimate sweepstakes don’t make you pay a fee or buy something to enter or improve your chances of winning, according to the FTC.

“Above all, trust your gut,” Durst says. “If you find yourself asking if something is real, or perhaps even trying to convince yourself that it is, it probably isn’t.”

The numbers for this type of internet fraud are on the rise, according to the Federal Bureau of Investigation (FBI). Scammers use dating or social sites to meet potential victims, creating fake profiles and building online relationships.

Their endgame: to convince you to send them money—for a plane ticket, a sick relative, or to help out with financial hardship. And when you do, they disappear.

If you think a scam involving online dating affects younger folks more, you’re mistaken. Older consumers and younger consumers report it at about the same rate, according to the FTC.

“This doesn’t surprise me at all,” Durst says. “We all want to love and be loved, and one never outgrows the desire for companionship.”

If you meet someone online, take things slowly, says the FBI. That’s the key to avoid becoming a victim. Ask lots of questions and get to know the person. If he or she tries to move quickly—wanting to leave the dating site immediately and use personal email or claiming love early on—that’s a red flag.

And of course, if the person asks you for money, walk away!

In this type of scam, the trickster claims to be or have custody of a friend or family member in distress who needs money right away. Often, scammers will impersonate grandchildren to con grandparents into sending funds—a scheme that’s been dubbed the “grandparent scam.”

Recent research from the University of Southern California Keck School of Medicine suggests older adults may be more at risk for this scam due to changes in the brain.

Seniors are more susceptible to changes in areas of the brain linked to decision-making, memory, and fear, the researchers say. As a result, older adults may be less likely than younger people to imagine themselves being duped. And they may have a harder time seeing through the scam.

Ask questions that a stranger couldn’t possibly answer. Or come up with a code word that your grandchildren can use to prove they really do need help.

Also, be sure to keep contact information updated. You should always have family phone numbers on hand so you can quickly and easily verify a story.

Think You’ve Been Scammed? Do This

If you provided your credit, debit, or bank card number, call your financial institution to freeze your account or reverse charges right away. And change any passwords you may have shared.

Whatever you do, don’t keep it to yourself. “I’ve found that many older scam victims are embarrassed and have not informed their families,” Durst says.

Bad idea. Seek support from a family member or friend. After all, if the numbers reveal anything, it’s that you are not alone. Plus, by sharing your experience, you’ll alert others to specific scams and help them protect themselves.