Protect yourself from tick-borne illness by staying proactive and informed. 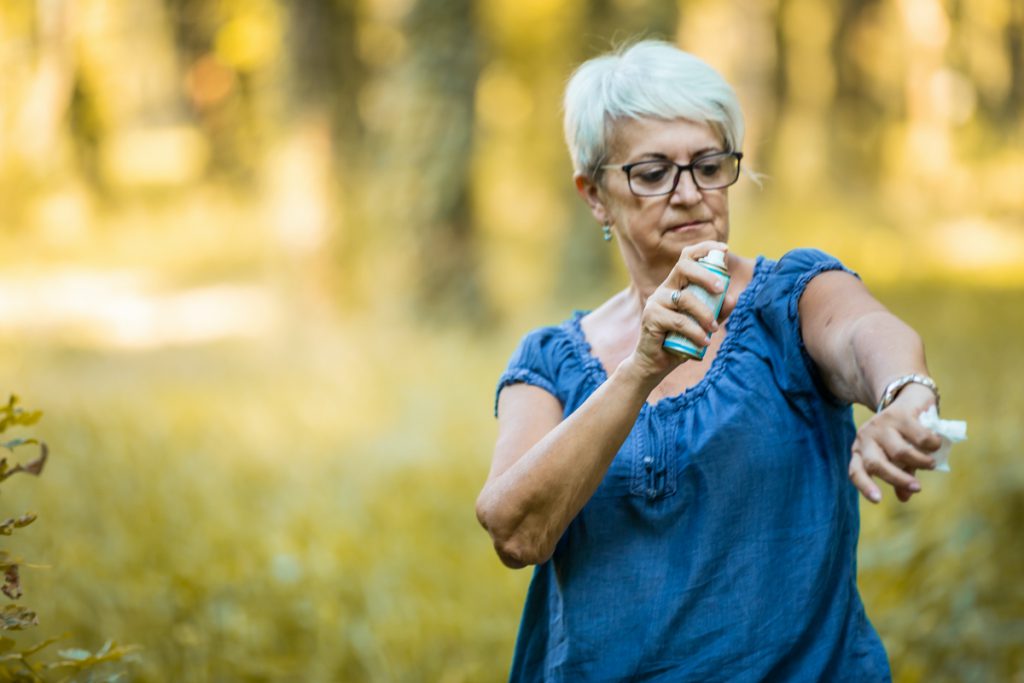 Mosquitoes aren’t the only insects you need to worry about this summer. Ticks should be on your radar too.

If blacklegged ticks—also known as deer ticks—are infected with a certain bacterium (Borrelia burgdorferi), their bite can transmit Lyme disease. Symptoms of Lyme include headache, fever, chills, fatigue, and muscle aches in the early stages.

But if left untreated, it can cause more serious neurological symptoms, like nerve pain or a form of temporary facial paralysis known as Bell’s palsy, says John Aucott, M.D., director of the Johns Hopkins Lyme Disease Clinical Research Center. In some cases, despite treatment, symptoms can last for months or even years.

It’s hard to say exactly how often these bites occur, but cases of Lyme are on the rise. In 2006, there were nearly 20,000 confirmed cases in the United States. By 2021, that number had grown to over 35,000, according to the Centers for Disease Control and Prevention (CDC).

But that’s just confirmed cases, meaning they were reported to the CDC by state health departments. Based on laboratory data and medical claims information, the CDC estimates that the actual number of people diagnosed with Lyme every year is probably much higher: around 476,000.

One reason for the upward trend: “There are ticks in more places now, especially blacklegged ticks,” says Thomas Mather, Ph.D., director of the TickEncounter Resource Center at the University of Rhode Island. 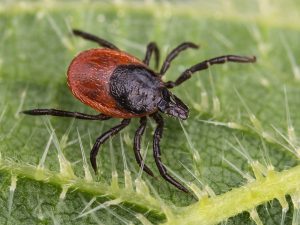 More than 35,000 confirmed cases of Lyme disease were reported in 2021, according to the CDC.

“Deer serve as the principle reproductive host for these blacklegged ticks,” he explains. And as the deer habituate and stray more into populated areas, so do the ticks.

That means you may need to step up your game for tick prevention, especially during the high season for ticks, which generally runs from April to mid-November, Mather says. Here are eight things you need to know to steer clear of the little suckers.

1. Your Lyme Disease Risk Depends on Where You Live (and Travel)

Lyme disease was first discovered in Lyme, Connecticut, but you don’t need to be a New Englander to be at risk.

Lyme is most prevalent in the Northeast and Mid-Atlantic regions, as well as in some Midwest states. In fact, 95 percent of all confirmed Lyme cases in 2019 were in just 15 states: Connecticut, Delaware, Maine, Maryland, Minnesota, New Hampshire, New Jersey, New York, Ohio, Pennsylvania, Rhode Island, Vermont, Virginia, West Virginia, and Wisconsin.

But infected ticks can still be found in neighboring states, as well as in the South and on the West Coast. Ticks have different risk profiles in different areas, Mather explains.

Also of Interest
Try a SilverSneakers Total Body Strength class to boost your functional strength and have fun at the same time! See the latest SilverSneakers LIVE schedule and RSVP for classes here.

2. Hikers Aren’t the Only Ones at Risk

There’s a misconception out there that you need to be an avid hiker or hunter to get a tick bite, Dr. Aucott says. But that’s just not true. While the tick risk is obvious in woodsy habitats, it can also be pretty high right in your own backyard.

“Gardening is actually a common risk for being exposed,” he says. “We tend to see the risks in older people from gardening in their own yard.”

In the early stages of Lyme, you’ll likely just feel lousy, like you would with a flu-like illness, and you may not see or recognize any rash, Dr. Aucott says. That’s why it can be difficult to finger Lyme as the potential cause, especially if you don’t remember getting a tick bite.

“Only about 30 percent of people who get Lyme recall a tick bite,” Dr. Aucott says. That’s because ticks are pros at remaining undetected so they can feast on your blood. A few things help them do that:

4. Not Everyone Gets a Bullseye Rash

Many people think a red-and-white bullseye rash—imagine the Target logo—is Lyme’s calling card, but you don’t need to have it to have Lyme, Dr. Aucott says.

“A stereotypical bullseye rash is only about 20 to 30 percent of the rashes,” he says.

The vast majority of people with Lyme—about 70 to 80 percent—will have some kind of rash. But they’re usually simply red, uniformly round or oval, and about two to three inches in diameter. These rashes often pop up in places you don’t normally look, and develop about seven to 10 days after an infected tick bites you.

An experienced doctor who sees the Lyme rash can usually diagnose it on sight. But if you don’t have the rash, if the rash went away, or if the doctor just wants to confirm, he or she may order a blood test to check for Lyme antibodies called an enzyme immunoassay (EIA) test.

If the EIA is positive, a second test called a Western Blot will be performed to confirm the diagnosis.

The problem: Depending on when you get the blood test, it may not give you an accurate reading, Dr. Aucott says. “The blood test takes about three weeks to turn positive,” he says. “So if you are at the earliest stage of infection, the blood tests may still be negative.”

If your doctor is suspicious of Lyme but your initial test comes back negative, they may recommend you take a retest in three to four weeks. After a confirmed diagnosis, the typical treatment for Lyme is a two- or three-week course of an antibiotic called doxycycline.

6. You Can Prevent a Tick Bite

As always, the best way to protect yourself is to play the preventive game.

“Stay out of places ticks are looking to bite you,” Dr. Aucott says. That means stay on the trail if you’re outdoors. Don’t wander off into the brush or the high grass—both environments ticks like.

Tucking pants into your socks can help keep ticks out, but that’s not always feasible during the hottest days of summer.

Another option: Wear clothing treated with permethrin, a chemical that incapacitates or even kills ticks but is safe for humans, Mather says. Look for clothes treated on the inside and the outside.

You should also look for a 0.5 percent permethrin spray to treat your shoes before going outside. The treatment typically lasts about one month.

If you have pets, note that permethrin is not harmful to dogs—but may be harmful to cats and fish. The TickEncounter Resource Center advises letting permethrin-treated clothing dry completely before going near cats. Learn more about permethrin here, and see tips to protect your pets from ticks here.

Even if you’re taking preventive measures, you should still perform a tick check each day to make sure one didn’t latch on, Mather says. The “lean over and look” strategy can be harder as you get older, and because nymph-stage ticks are so small, they can easily be overlooked if you don’t have an up-close view.

Try the toilet-time check instead: Each day when you sit on the toilet, make it a time to check for ticks too, Mather says. This gives you a close look at the areas ticks often hide: the inside of your legs, your genital area, and bellow your belly button.

8. If You Find a Tick, Remove It Fast

A tick typically has to stay attached to you for 36 to 48 hours before it can transmit its Lyme-causing bacterium. So if you’re able to remove the tick within 24 hours or so, you likely won’t have had the chance of Lyme infection, Mather says.

For fast and safe tick removal, use fine-tipped or pointed tweezers, which will allow you to reach in from the side and grab the head of the tick, not the back. Then you can pull the tick firmly upward and off your skin.

“The germs are in the back part of the tick, so when you only grab the head, you have a better chance of not squeezing germs into you,” Mather says.

Dispose of the tick by flushing it down a toilet or placing it in a sealed bag before tossing in the trash. Clean the bite with rubbing alcohol or soap and water.

What not to do: Strike a match to burn off a tick. You not only risk burning your skin, but blacklegged ticks have long mouthparts and lock themselves into your skin when they bite, Mather says. So the match trick won’t cause them to back out.