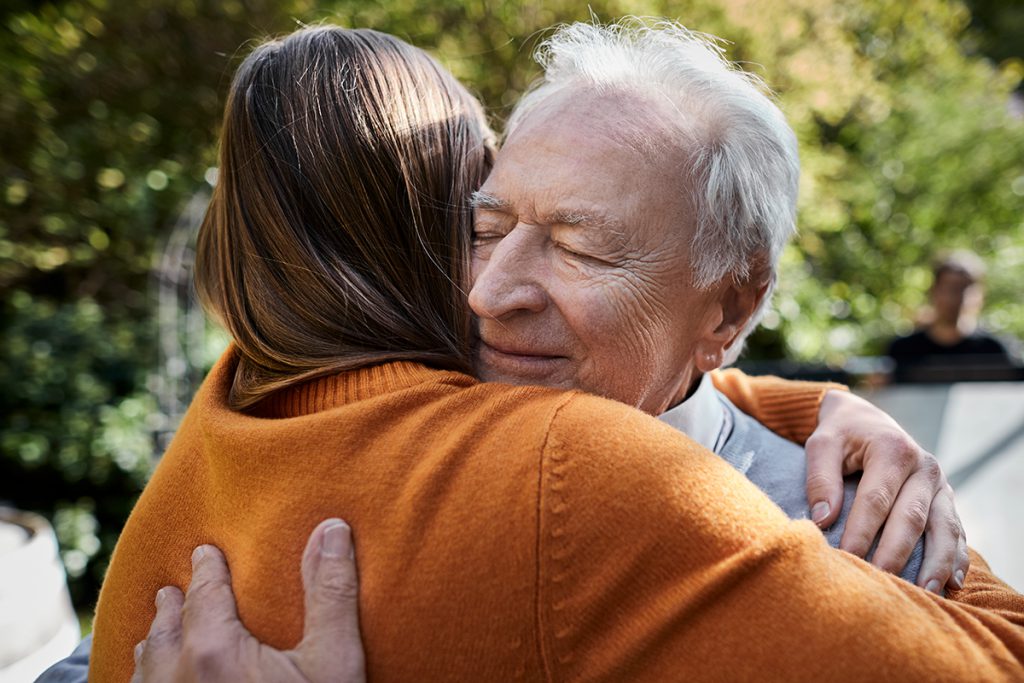 Whether you’re a parent who hasn’t spoken to your adult child in years or a bitter inheritance dispute divided you and your siblings, family estrangement is never a pleasant experience. But it’s a fairly common phenomenon.

When Karl Pillemer, Ph.D., a family sociologist, professor of gerontology in medicine at Weill Cornell Medicine, and author of Fault Lines: Fractured Families and How to Mend Them, conducted a nationwide survey on the topic, nearly 30 percent of the 1,340 people who responded said they have experienced such a rift. Ten percent reported being estranged from a parent or child; 9 percent from an extended family member, such as a cousin, nephew, or aunt; and 8 percent from a sibling. Half of those who had been estranged said the separation had lasted for four years or longer.

This translates to 67 million Americans currently estranged from a loved one–and that’s likely an underestimate, Pillemer has said, because people are often reluctant to discuss it.

If you’ve been estranged from a family member for months or years, the mere thought of resuming contact might stir up a lot of uncomfortable emotions. But maintaining relationships with family is an integral step toward preserving your physical and emotional health. Being lonely or disconnected from others is associated with many health risks, including early mortality.

But even if your life is filled with other healthy, happy relationships, any estrangement has the power to create feelings of sadness, loss, anger, betrayal, confusion, helplessness, or anxiety, says Tina Gilbertson, L.P.C., author of Reconnecting with Your Estranged Adult Child: Practical Tips and Tools to Heal Your Relationship and host of a weekly podcast for estranged parents called The Reconnection Club Podcast.

“Many people age 65 and over know the sting of estrangement, and generally speaking, people prefer to have loving, harmonious, and fulfilling relationships with family–regardless of who initiated the cutoff,” Gilbertson says. “There’s not usually a quick fix, but reconciliation is possible with enough knowledge and effort.”

If you’re ready to reconnect, here are five steps for rekindling an estranged relationship, from what to think about before you reach out to what to say when you do.

Step #1: Put Yourself in the Other Person’s Shoes

That means taking the time to imagine how they might have been hurt by whatever perceived wrongdoing occurred in the relationship, whether it’s your 35-year-old son who says he’s never felt loved or appreciated by you (despite your belief that you were a supportive and nurturing parent) or a once-beloved relative who married someone with whom you couldn’t get along.

“You have to be able to see how whatever you did or didn’t do could potentially be interpreted as hurtful or offensive,” Gilbertson says. “If you can’t put yourself in the other person’s shoes, you won’t have any success in reconciling with someone who wants distance. Even if you think the other person started it and you didn’t do anything wrong, you need your understanding of what caused the estrangement to have evolved.”

Step #2: Use Therapy to Grow as a Person Before Reaching Out

Gilbertson calls this “a prerequisite for reconnecting.” You don’t want to be the same person you were when you became estranged. You want to make sure you’ve evolved in terms of your understanding of yourself and the family dynamics you yourself were raised with, she says.

One’s upbringing can strongly shape the way a person acts when she or he becomes a parent, potentially leaving their children with unmet emotional needs that may fuel a rift. “Your child has a different temperament and may need different things you didn’t get,” Gilbertson says. Reflecting on this through therapy can help you grow emotionally, preparing you for reconnection.

Look for a therapist with experience in working with individuals experiencing family conflict, who are able to offer support and help you cultivate insight into your situation. Specifically, you want someone who can offer empathy and an open ear, rather than someone who suggests that you act or feel a certain way. The former type of support is more helpful in estrangement, according to a 2019 study published in the journal Family Relations.

Step #3: Reach Out and Take Responsibility

A heartfelt apology is often the only way to get through to someone who has checked out of a family relationship, Gilbertson says. You want to take full accountability for your part in the falling out. (Think you’re not at fault in any way? Time to head back to step one. While the “blame” might not always be even, it’s usually not completely one-sided.)

You can start with something like, “I’m sorry I haven’t reached out in so long. I’ve missed you. I’ve done a lot of thinking and I’m ready to take responsibility for XYZ.” Do not say “I’m sorry you feel like…” or “I apologize for anything I might have done to hurt you,” as both are unsatisfying, conditional, and may fuel the existing emotional distance.

The goal is to “come from a place of generosity rather than blame,” Gilbertson says. “If you want reconnection, you need to take on the work of making it happen and focus on connecting with them, rather than insisting on justice. Very often, the other person will step up when they see you doing the heavy lifting.”

Of course, she adds, you might decide that justice matters more to you, but that means you may be stuck with separation–at least until the other person relents.

Step #4: Hold the First Meeting in a Neutral, Public Setting

“People tend to have better manners in a public space, so there’s less chance of screaming or storming away,” says Lindsey Perper Davanzo, L.C.S.W., a therapist specializing in high-conflict family mediation based in Lincolnshire, Illinois. It’s easier for tempers to flare in someone’s living room than it is at an outdoor café, park, or green space.

Another option: Meet in a therapist’s or mediator’s office, where a professional can help keep the conversation productive without favoring either person. “Sort of like a Switzerland,” Perper Davanzo says.

Step #5: Know That Things May Not Work Out (But There’s Still Some Success in Having Tried)

In many cases, reconciliation will work, and you’ll be on your path to a renewed bond and years of making new memories. Or you may do everything by the book in an effort to repair your relationship, but the other person won’t be ready or interested.

Despite that painful reality, “at least you’ve put it all out there,” Perper Davanzo says. “There is some peace in accomplishing a goal you set for yourself. We can only control what we say and do. Even if the person says, ‘Too little, too late,’ the process of trying to mend things can ultimately be very cathartic.”

Gilbertson adds that the effort itself can be particularly empowering within the parent and grown child dynamic. “You may think, ‘I’m just little old me,’ but you have inherent power as a parent, and that doesn’t just go away because you’re 75 and your child is 50.”

If your attempt doesn’t work, it will be disappointing at first, but with time (and ideally therapy) you will be able to find some forgiveness within yourself.