Age gracefully every step of the way! 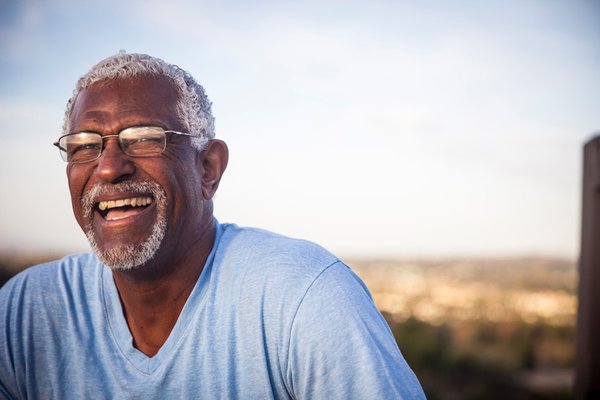 Much of aging comes down to genetics, says Karl A. Pillemer, Ph.D., a professor of gerontology in medicine at the Weill Cornell Medical College. “It’s the old joke, ‘Why do you live so long? Because you chose good parents.’”

But your everyday choices can add and subtract years, too. The following eight factors seem simple enough, but they play a big role in how long—and how well—you’ll live.

Quit Smoking Before It’s Too Late

“Anybody who works in public health and aging would say that if you want to live a long life, stop smoking first,” says Pillemer. “Smoking basically ruins every system in your body, from your skin to your lungs to your heart.”

Using tobacco increases your risk for lung disease, diabetes, and various cancers. Smokers tend to live about 10 years less than non-smokers, according to data from the U.S. Department of Health and Human Services.

And, no, it’s not too late to quit. A study in The Archives of Internal Medicine found that while smokers age 60 and older were 83 percent more likely to die than their non-smoking peers, those who quit lessened the gap to 34 percent.

Emily Rogalski, Ph.D., and a team of researchers at Northwestern University study a population called SuperAgers. These are people 80 and older who have incredible memories and brains that look like they belong in the noggins of people in their 50s and 60s.

SuperAgers have thick anterior cingulates, a brain region involved in forming emotions, processing, and memory. “This might have something to do with their personality profiles,” says Rogalski. For example, they’re less likely to suffer from mental illness.

Flipping your outlook on the world is possible, even if it doesn’t seem so when you’re down. “We can work on the positive aspects of our daily lives,” Rogalski says. Both gratitude and mindfulness have been shown to boost feelings of well-being and happiness, as have exercising and making social connections, two hallmarks of every SilverSneakers class.

If you’re feeling sadder than usual, it’s a good idea to check in with your doctor.

Keep an Eye on the Scale

Being obese can slice almost a decade off your life, finds research in The Lancet Diabetes & Endocrinology. Extra pounds increase your risk of health issues like diabetes and heart disease, conditions known for lowering life expectancy.

Instead of hyper-focusing on a few pounds here and there, steer clear of the extremes—being severely underweight or obese. A recent study published in the Journal of the American Medical Association (JAMA) suggests that a couple of extra pounds won’t likely do you in, but being obese or underweight increase risk of death, particularly from heart disease.

Researchers know that movement is an important part of moving smoothly into the later years of life. You want to be exercising regularly, says Pillemer.

But don’t feel like you have to go crazy. A study published last year in JAMA found that even those who worked out but failed to meet the minimum recommended amount of exercise—75 minutes of vigorous or 150 minutes of moderate exercise a week—still slashed their risk of early death by 20 percent.

The benefits, naturally, grew for those who met and exceeded the guidelines.

Eat Well Most of the Time

A fad diet won’t be your ticket to age 100. Neither will swearing off carbs. Consider the SuperAgers, who tend to be a mixed bag when it comes to diet. “Some people pay close attention their whole life,” says Rogalski. “And other people like their hamburgers and French fries.”

Here’s what most of the research suggests will work just fine: a balanced diet that’s heavy on plants. Pillemer says to fill up on low-fat dairy, lean meat, and whole grains. And don’t overdo it on added sugars and processed foods.

The number-one rule of nutrition: Eat real food. “Supplements have not been shown to increase longevity,” says Pellimer.

Think you have a vitamin or mineral deficiency? Let your doctor be the one to decide that with a blood test. Self-supplementation has no overall benefit for the majority of us, finds research published in the International Journal of Preventive Medicine.

“There is by now a very solid body of evidence showing that moderate alcohol consumption—and not just from wine—reduces the risk of mortality, especially from cardiovascular factors,” says Pellimer.

For men, that’s a maximum of two drinks a day; for women, one a day. Don’t go overboard. Excessive drinking leads to much higher mortality.

It’s also smart to check in with your doctor about what’s healthy for you depending on any conditions you’re managing or medications you’re taking.

Repeat After Us: Do Not Grow Old Alone

Want to soar past your 90s? “Stay socially connected,” says Pellimer. Human relationships, he says, are critical to human health.

Rogalski agrees, explaining that SuperAgers tend to have better relationships than other people their age.

When you retire, you risk losing the framework of what organizes your life. “This doesn’t mean that if you’re an introverted person you have to become a handshaking, back-slapping extrovert,” Pellimer says. “But countless studies show that social isolation is significantly associated with mortality. It’s comparable to well-known risk factors like smoking, obesity, and high blood pressure.”

So how to stay connected in your older years? “Aging involves inevitable losses,” says Pellimer. “People have to mourn and grieve, but think about how to replace people you have lost.”

Volunteering, he says, has been shown to lead people to live longer lives. Developing new interests and learning new things also seem to offer protection against dementia, he says.

If you’ve been a runner your whole life, consider taking up cycling. Change up the routes you walk every evening, travel the world, or take a photography class. “Our brain really likes novelty,” says Rogalski.

Finally, whether at home or in a senior living facility, Pellimer advocates that no one go it alone. “It’s always better to age with people.”