This simple expression of joy goes to your head—and beyond. 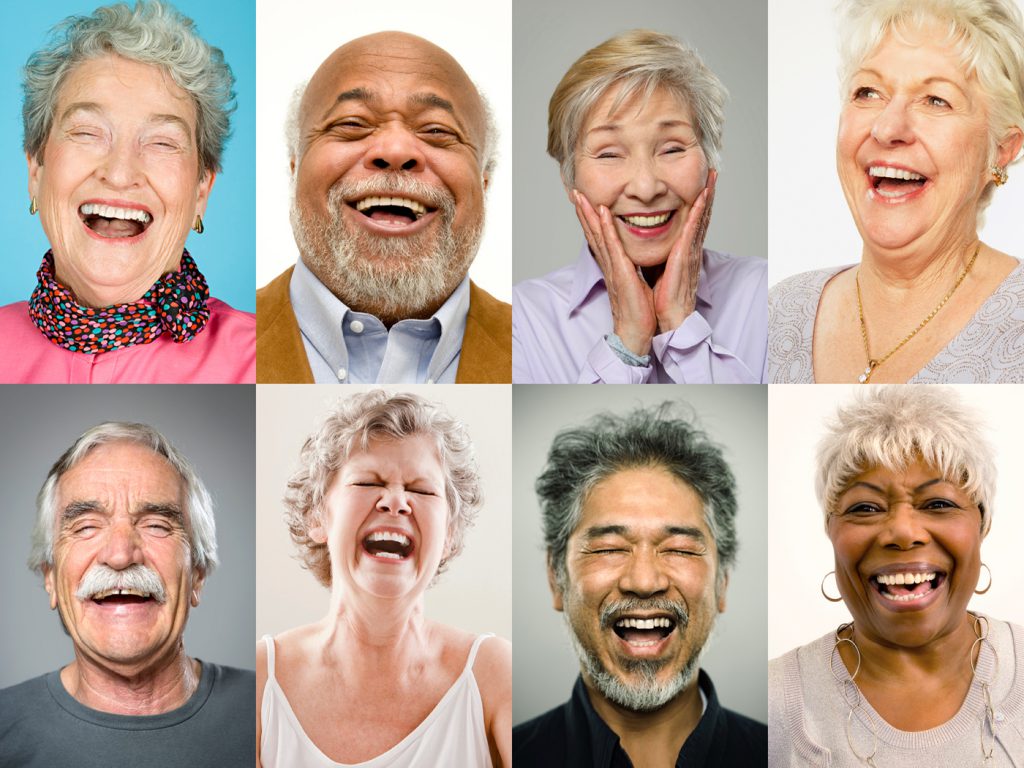 Laughter happens fast. You’re exposed to something funny, and an outward expression of joy almost immediately follows. But like most things involving your body and mind, there’s much more happening beneath the surface.

“Humor is one of the best medicines against anything that might threaten you, make you tense, or arouse your metabolic system,” says Jan van Hooff, Ph.D., a biologist in the Netherlands who’s studied the intersection of humor and health. “Laughter is the opposite of those things, and the beneficial effects are reflected in our well-being.”

Here are four ways a good chuckle can improve your life.

“True laughter is marked by extreme relaxation,” van Hooff says. This relaxation is reflected in your hormones. If something makes you laugh, levels of the stress hormones cortisol and epinephrine drop, and the feel-good chemical dopamine increases.

Even anticipating laughter can have a positive effect on stress hormones. One study from the American Physiological Society saw a 27 percent increase in beta-endorphins (chemicals that alleviate depression) among people who were simply waiting to watch a humorous video.

Chronic stress—and the subsequent overexposure to cortisol and other stress hormones—can disrupt almost all your body’s processes. This can increase your risk of numerous health problems, including depression, heart disease, and memory and concentration impairment. That’s why it’s so important to learn healthy ways to cope with stress, including seeking out positive experiences that make you laugh. Even funny internet videos count, so there’s no shortage of readily available options.

Reduced stress levels have a positive effect on immunity, but that’s not the only way laughter keeps you healthy.

“Laughter increases production of the body’s protective cells, including T cells, which are responsible for killing cancer cells,” says Thomas Flindt, a laughter coach and the author of Happy Lemons: How Laughter Breeds Success. “When you’re sad or depressed, on the other hand, we know it weakens the immune system.”

In fact, laughter or humor therapy as support therapy is an area of study in cancer research. Cancer typically means lower immunity, and a side effect of cancer therapy is that it can decrease immunity even further. A 2013 Japanese study found that laughter therapy boosted immunity in adult cancer patients.

Other research is looking into how laughter or humor may help individuals manage diabetes and Parkinson’s disease.

3. It Keeps Your Heart Pumping Strong

This is another one that’s tied to reduced stress levels, but laughter may also help your heart by increasing blood flow.

Researchers at the University of Maryland Medical Center compared blood vessel size in viewers during two movie screenings: a comedy and a drama. They found that their blood vessels expanded an average of 15 percent during the comedy compared to a 47 percent decrease during a war drama. In general, open blood vessels allow for better blood and oxygen flow through the body and to vital organs.

The effects of laughter are similar to exercise in this way, but don’t ditch the gym for the comedy club. Research shows a person would have to be in stitches for hours on end to see lasting conditioning effects. Think of laughter as a happy habit in addition to, not in place of, heart-healthy exercise.

4. It Connects You with People

“Laughter is the glue in the social atmosphere that helps keep relations smooth and relaxed,” says van Hooff. “Play and laughter as an expression of that relaxed attitude has become extremely important in our social behavior.”

In animals, he explains, laughter and play are signs that all is well, that we can relax, and that there are no threats and we can work on strengthening our bonds. (Yes, many animals have equivalents of laughter.) The same is true of humans: Laughter breeds inclusivity, conversation, and friendship.

Studies have repeatedly shown that a healthy and active social life is linked to longevity and lower risks of disease. So finding a reason to not only get together but also have fun can be a smart way to stay healthy.

During van Hooff’s career of studying humans and animals at play, one similarity was particularly striking: Joyfulness is usually an emotion of the young. “As a rule, as individuals get older, the inclination to engage in playful behaviors decreases,” he says. “When they get older, they get involved in all the serious things of status behavior, maintaining your position, and all of that.”

The good news: Humans retain the ability to laugh and play into older age, even though we may not express it as much. Go ahead and embrace that ability! It might lead to a longer, healthier, and happier life.