Symptoms become subtler with age. Here’s what you need to know to protect your ticker. 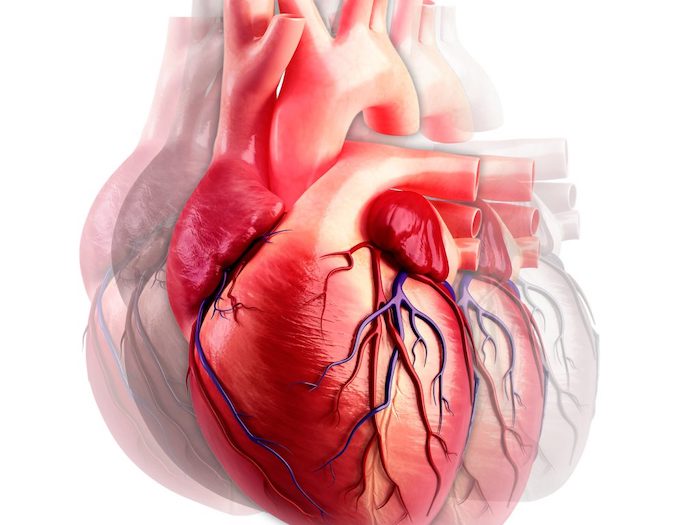 In the movies, it looks so straightforward: The person—usually a man, probably in his 50s—clutches his chest and grits his teeth in pain. That’s the script Hollywood uses to illustrate a heart attack. But in real life, it’s rarely that simple.

In fact, people over 65 tend to show different symptoms of heart attack than younger people do, says Daniel Forman, M.D., chair of geriatric cardiology at the University of Pittsburgh School of Medicine.

“Their symptoms are more typically atypical,” he says. “They can be so subtle that many people sit on their symptoms, thinking, ‘Well, it’s probably something else.’”

That can be a serious mistake. With a heart attack—which usually occurs when plaque buildup forms a clot and blocks blood flow to the heart—quick treatment is vital.

“Time is muscle,” Dr. Forman says. “When you’re having a heart attack, your heart muscle is struggling for survival—its cells are dying one by one.”

The quicker doctors can restore blood flow to your heart, whether through medications or with artery-opening procedures like stents, the less damage your heart is likely to sustain.

So the best thing you can do is familiarize yourself with some surprising signs that may point to a heart attack. Here’s what you need to know to protect your ticker.

The pain with a heart attack—which can feel more like a pressure or squeezing rather than a blinding pain—will feel more internal than on the surface. It’s different from if you, say, accidentally bump your chest into a doorframe. In that case, the pain would likely be reproducible, meaning if you touched the area, it would hurt.

But many people may not experience chest pain at all. In fact, up to 40 percent of women who have had heart attacks don’t feel pain in their chests, says Jared O’Leary, M.D., an assistant professor of cardiovascular medicine at the Vanderbilt University School of Medicine.

People with diabetes tend to have less chest pain too. It’s a double whammy: Diabetes damages blood vessels and increases your risk for heart attack—but it also damages nerves and makes it harder to sense pain. If you have diabetes, make it a point to discuss your heart disease risk with your doctor.

In younger adults, the hallmark trifecta of a heart attack tends to be (1) chest pain (2) that radiates up to your jaw and (3) down your left arm, Dr. Forman says.

While that can still hold true for older adults, the symptoms tend to broaden with age. For example, you might feel a pressure rather than a pain, discomfort can travel to your right arm instead of your left, and you may feel it radiate to other parts of your body, from your jaw to your back to your eyeball.

Heart attack pain outside of your chest area is often called referred pain, Dr. O’Leary says. Your brain senses pain signals from your nervous system, and the nerve fibers from your heart to your arm and neck, for instance, are wired pretty similarly. In other words, “the brain may interpret a signal from the heart as being from the neck or the arm,” he says.

Shortness of breath is one of the most common heart attack symptoms in older adults, Dr. Foreman says. That’s because a heart attack leads to associated heart failure in many cases, he adds.

“The struggling heart basically results in blood backing up into the lungs, causing a sensation where people feel like they’re struggling to breathe,” he explains.

In many older adults, shortness of breath and lack of blood flow can also manifest in a sense of confusion, especially if it comes on suddenly, Dr. Forman says.

Think of a heart attack like a plumbing problem. Something’s going on to make it not pump as effectively as it normally does. That means the blood flow from your heart can be interrupted, so there’s less blood going out. As a result, it can reduce blood flow to the brain, which can lead to confusion or other mental lapses.

“You’re losing critical blood supply,” Dr. Forman explains. “You just don’t have the energy to do things you would normally see as achievable.”

This can be as simple as not feeling like you have the strength to move from the couch or feeling like you just need to lie down and rest—even though you didn’t do anything physically taxing enough to explain such fatigue.

Gastrointestinal (GI) symptoms, like nausea or indigestion, commonly occur during a heart attack. In fact, in a 2015 study of people with recurrent heart attacks, 34 percent reported nausea during their first occurrence, and 14 percent reporting vomiting.

This is likely because some heart attacks can affect the back or bottom of your heart, which are both areas in touch with nerves that reach your abdomen.

“Those nerves can misinterpret the pain from the heart attack as nausea or abdominal pain,” Dr. O’Leary says. Poor blood flow to the gut during a heart attack can also trigger GI symptoms, he says.

People may dismiss these GI symptoms as simple acid reflux or other stomach issues, but there are some red flags that should be considered especially concerning. Call your doctor right away if your GI symptoms are any of the following:

This is a hard one to nail down since it’s so subjective, but the overwhelming feeling that something just isn’t right should not be ignored. In fact, in the 2015 study mentioned above, nearly 30 percent of people reported feeling a fear of death during their first heart attack.

“It’s most likely the result of the adrenaline surge that you get during a heart attack,” Dr. O’Leary says.

“Your body and brain are collecting information from all over the body at all times,” he says. “Although they may not be able to nail down that it’s a problem in the heart, they’re getting signals that something is wrong. And that can be sensed as a feeling of impending dread or doom.”

The same adrenaline surge can also trigger sweating, so profuse perspiration in a setting where you shouldn’t really be dripping—say, you’re simply eating dinner—is also a warning sign.

While symptoms of heart attack can be vague in older adults, it’s important to be on the lookout for problems that compound one another or subtle symptoms that seem to keep stacking up.

“It’s often a constellation of one thing on top of another,” Dr. Forman says. There may be some sense of stomach discomfort, perhaps some palpitations with shortness of breath, or some sense of vague discomfort and dizziness.

“It’s not like you just ate something bad and have isolated stomach pain,” he says. “It’s a variety of things that may all come together.”

If you’re feeling these symptoms gradually over the course of a few weeks or months—like you’ve been noticing you become short of breath quicker or are suffering from indigestion—you can give your regular doctor a call. But if it’s something new, severe, comes on with shortness of breath, or is just plain giving you a sense something is wrong, call 911, Dr. O’Leary says.

An ambulance is the best way to get to the hospital, since paramedics will be with you on the way to help stabilize you if necessary. Plus, they can alert the hospital at the same time.