Acid reflux is common but not inevitable. Here’s how to douse the fire before it flares. 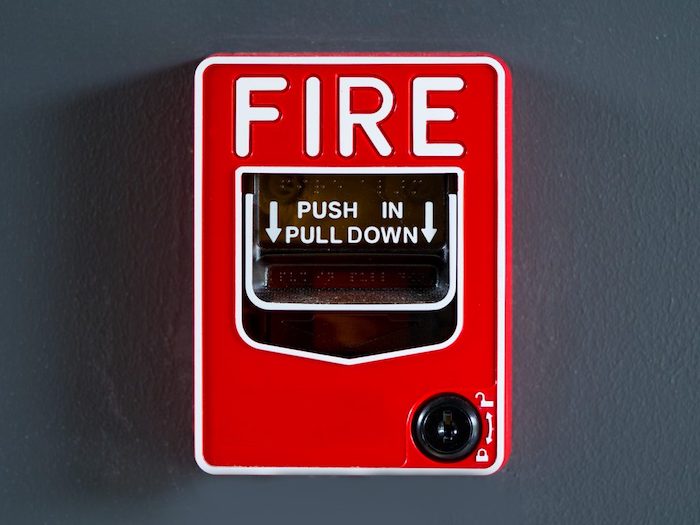 Most people get heartburn once in a while—that achy, burning sensation in your chest after a big meal that kind of feels like you’re breathing fire.

Also known as acid reflux, other symptoms may include pressure, tightness, or even a feeling of regurgitation of material from your stomach up through your esophagus, explains David Levinthal, M.D., Ph.D., director of the Neurogastroenterology and Motility Center at the University of Pittsburgh Medical Center.

That regurgitation feeling makes sense: Reflux is essentially stomach juice moving from the stomach up into the esophagus or further up.

The unwanted backflow happens for a few reasons. Sometimes, taking certain medications (like painkillers, antihistamines, calcium channel blockers, or antidepressants) can cause the valve that links your stomach and esophagus to malfunction, according to the National Institute of Diabetes and Digestive and Kidney Diseases. When this happens, the stomach contents can migrate into the esophagus, where they don’t belong, Dr. Levinthal explains.

You can also experience reflux if there’s a difference in pressure between your stomach and your esophagus. “Fluid or material is always going to move from the high-pressure zone to a low-pressure zone,” he says. Being overweight or obese can cause this abdominal pressure.

When to See Your Doctor

If you’re experiencing acid reflux more than a couple times a week, you may be among the one in five people in the United States who have gastroesophageal reflux disease (GERD). Patients with GERD are typically prescribed proton pump inhibitors (like Prilosec, Nexium, or Prevacid), which block the production of stomach acids.

If you don’t want to rely on medication or only experience occasional heartburn, there are natural remedies for acid reflux that may also provide relief. But before we get to those, here’s an important reminder: If whatever you try doesn’t work—that is, if your heartburn or other symptoms keep coming back—you need to let your doctor know.

“If you’ve been experiencing heartburn regularly for four to eight weeks, make an appointment to make sure nothing else is going on—especially if you’ve also lost weight, you smoke, or you have a family history of cancer,” says Yamini Natarajan, M.D., an assistant professor of gastroenterology at Baylor College of Medicine.

You should also see your doctor if heartburn has been an issue for 10 years or more, even if it’s not exactly continual, Dr. Levinthal says. Chronic acid exposure to the lining of your esophagus can cause Barrett’s esophagus, a precancerous condition that can require more regular monitoring.

If neither of those apply to you, these home remedies may be all you need to extinguish the fire.

1. Watch Your Diet—and Your Weight

What you eat matters with acid reflux, but not necessarily in the way you may think.

“It’s difficult to make sweeping recommendations about diet that will apply to everyone,” Dr. Natarajan says. “There is a lot of variation with the types of foods that may affect you. One person may find that spicy foods make their heartburn much worse, while someone else might not be bothered.”

Still, if there are foods you know trigger your heartburn, it’s best to avoid them.

Even more important, look at the bigger picture of your diet, she says. For instance, consider the makeup of your foods: A meal high in fat can make reflux worse.

“The nerves that line the GI tract sense fats, protein, and carbs differently,” Dr. Levinthal explains. “Fats are well known to slow down the rate by which the stomach empties. So if you eat a fatty meal, there is more food in your stomach for longer, and therefore a bigger chance to reflux.”

Fatty meals also tend to be higher in calories, which can contribute to obesity. That’s a big problem with acid reflux too. In fact, getting to a healthy weight can help reduce symptoms: Even losing 10 percent of your weight can yield noticeable results, Dr. Levinthal says.

2. Sit Up After Dinner

Resist the urge to lounge on the couch and watch TV after your meal—you want to stay upright at least one hour after eating, Dr. Natarajan says.

“When we lie down, we lose the natural, protective effect of gravity,” she says. “And acid can flow more easily from the stomach back up through the esophagus.”

Lying down too soon after eating is one reason why people tend to feel more bothered by acid reflux symptoms at night. Your stomach takes about four hours to fully empty after a meal, Dr. Levinthal says. The more food you have swishing around in your stomach when you slip into bed, the more likely it is for some of that material to reflux up during the night.

Your move: Cut off meals and snacks about three hours before bedtime.

Tweaking your sleep position can help gravity along and make heartburn less likely.

“If you elevate the head of the bed more than 30 degrees, it can really help keep the acid down in the stomach,” Dr. Natarajan says.

You can do this by placing a cinderblock underneath both sides at the head of the bed. This can be more helpful than using a regular pillow to prop up your head and neck, which can end up leading to back pain.

4. Sleep on Your Left Side

Sleeping on your left side may help put out the heartburn fire since it can allow fluid and materials to pool farther away from the esophagus area—making them less likely to rise up through it, Dr. Levinthal says.

Science agrees. A 2015 study published in the Journal of Clinical Gastroenterology found that when people slept on their left side with a sleep device that safely elevated their head and neck, they had less esophageal acid exposure than those who snoozed on their right side.

Still, take this recommendation with a grain of salt, Dr. Levinthal says. While it likely can provide a small benefit, if you’re set in your sleeping ways, the disruption to your shut-eye caused by forcing a new position may outweigh it.

Researchers from the United Kingdom found that when people with symptoms of reflux chewed sugar-free gum after a meal, their esophageal acid levels were significantly lower than those who didn’t chomp away.

“When you move things along a little faster in the gut, there’s less material to reflux,” he says.

Taking a walk after a meal not only prevents you from lying down, but it can also help stimulate your gut to get things moving, Dr. Levinthal says. And quicker gastric emptying means less reflux available to rise back up.

This is one of those times you’ll want to keep exercise nice and easy. A walk around the block is fine, but anything strenuous—or even more of an uphill trek—can make reflux worse, he says.

Use this 15-minute audio walk, or make your stroll social and walk with a loved one.

While research is limited, some of Dr. Levinthal’s patients swear by the home remedy of apple cider vinegar as a way to reduce heartburn. They take as little as one tablespoon and report feeling an improvement.

“Whenever you mix a weak acid with a stronger acid, it kind of has a buffering capacity,” he says.

You shouldn’t expect a miracle cure, but there’s no danger in giving it a shot, Dr. Levinthal says.