This high-fat, low-carb diet is all the rage right now. But it’s not for everyone. Here’s what you need to know before you go keto. 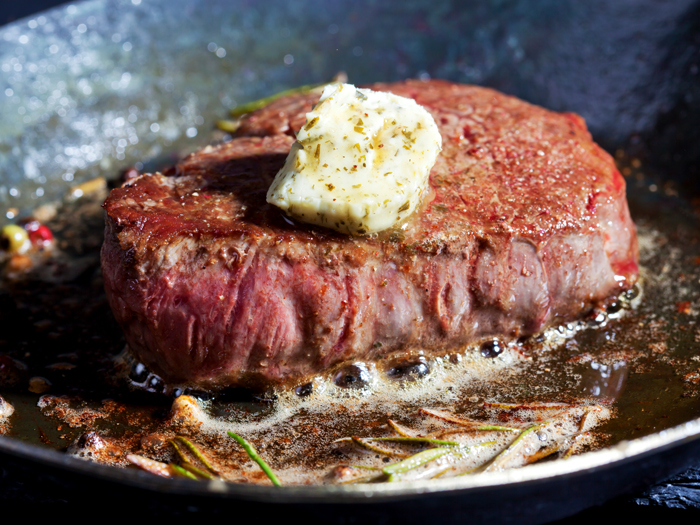 Your everyday life is an energy-guzzler. And your body’s number-one source of fuel comes from the carbohydrates in your diet.

From a glass of milk to a handful of grapes, your body takes the carbs in your food and turns them into glucose to power up every single cell. But it turns out your body has a fuel backup plan.

When you significantly limit carbohydrates, your body pulls stored carbs from your liver. And when those are gone—after three or four days—you literally start burning through fat. When that happens, your liver produces molecules called ketones, and your body is in a state of ketosis.

That’s the secret behind the trendy ketogenic diet.

Low-carb diets like Atkins or paleo have been popular for many years. But if you switch from a low-carb to a very low-carb diet—as in cutting carbs to less than 10 percent of your total daily intake—keto proponents say you can lose more weight faster, as you burn more fat.

“When you’re in nutritional ketosis, your body is oxidizing—or burning—fat as fuel,” says Ethan Weiss, M.D., an associate professor at the Cardiovascular Research Institute at the University of California, San Francisco. “It’s incredibly powerful.”

Once ketosis has kicked in, chances are you may experience fewer food cravings.

“People on the keto diet report that they have less interest in food,” says Marilyn Gordon, R.D.N., a dietitian at Nova Southeastern University in Fort Lauderdale, Florida. “They’re not so hungry anymore, and they’re not constantly feeling deprived. Some people even report they’re thinking more clearly too.”

Recent studies confirm the keto diet’s potential benefits. Going very low-carb can help decrease fat in individuals who are overweight, according to a study in Obesity Reviews.

For some people, the diet—as part of an overall treatment plan—may have other health benefits. In fact, the keto diet was first used to treat epilepsy in the 1920s and is still a current, though less common, epilepsy treatment. Recently, studies have shown a very low-carb diet can improve blood sugar control in some people with type 2 diabetes.

Still, there’s more to consider before you give it a try.

What to Know Before You Go Keto

Going keto isn’t simple, says Kristen Mancinelli, R.D.N., author of Jump Start Ketosis. “To be successful, it’s probably best to work with a professional,” she says. “The diet can be a little complicated.”

More specifically, all those carbs you cut will be replaced with fat, and you’ll probably eat much less protein than you are now—or certainly than you have on other low-carb diets. That can be a bad thing for people who want to retain muscle mass while losing weight or as they age.

The specific ratio of macronutrients—fat, protein, and carbohydrates—will vary depending on your unique daily calorie needs.

When you’re on the keto diet, you generally get 70 to 80 percent of your total daily calories from fat, 10 to 20 percent from protein, and five to 10 percent from carbohydrates. For a 2,000 calorie-a-day diet, that translates to about:

Hitting those numbers requires putting thought into every meal, especially early on. According to Mancinelli, a typical day in the keto diet might look like this:

So, Is the Keto Diet Right for You?

Cutting refined or simple carbs, like white bread and sugary treats, and adding more healthy fat, like avocados and salmon, is good for everybody. In fact, this is a key strategy of other eating plans, like the Mediterranean diet.

But that’s not the same thing as the keto diet, which significantly cuts total carbs—not just refined carbs.

“I spent four and a half months on a keto diet,” Mancinelli says. “I was really surprised at the benefits. I slept well, my mood was really stable, and my skin was smooth. But it’s a lot of work.”

Here’s how to know if the keto diet might be a good choice for you.

Have you struggled for years to peel off pounds—with disappointing results? If that’s you, the keto diet might be a good solution.

“The people who have the most to lose tend to have good results with keto,” Mancinelli says. “Initially they’re a little surprised at how hard it is, but once they get the hang of it, they find they can break the cycle of constant snacking on sugary and starchy foods.”

Remember that to lose weight on any diet, you have to consume fewer calories than you burn. One theory is that a ketogenic diet may aid in cutting overall calories by increasing satiety, but that potential benefit is not yet definitive.

With the keto diet, you’re cutting out some important food groups.

“If you’re healthy beforehand, it’s probably not significant,” Gordon says. “But I’d be concerned about people who are chronic dieters—even though they have excess weight, they may actually be malnourished,” she says.

“On this diet, you’re cutting out almost all dairy, so you’re not getting calcium or vitamin D. And some of the watery vegetables you eat aren’t the highest in nutrients,” she adds.

Gordon cautions that this diet is not for people with uncontrolled diabetes or an eating disorder. Which brings us to…

Green Light #3: Your Doctor Gives You the Green Light

Before starting a keto diet, have an honest conversation with your health care provider, especially if you have any chronic conditions or take any medications.

“Always discuss significant changes in nutrition with your doctor,” Dr. Weiss says. “A diet might be right for some people—but not for others. And a small subset of people doing keto can have an increase in their cholesterol levels, so I recommend checking their lipids after a few months.”

Another thing to consider: When switching to a keto diet, which can be more drastic than others, some people may experience fatigue, dizziness, nausea, constipation, or other symptoms of “keto flu.” It’s not actually caused by the flu—but these short-term side effects can be uncomfortable. Long-term side effects can include kidney stones and nutrient deficiencies.

If your doctor gives you the green light, consider consulting a dietitian who specializes in working with older adults. And if a keto diet isn’t right for you, ask your doctor about other nutrition, fitness, or lifestyle changes that can help you reach your health goals.