Plus, simple serving tips to hit your nutrition goals without even trying. 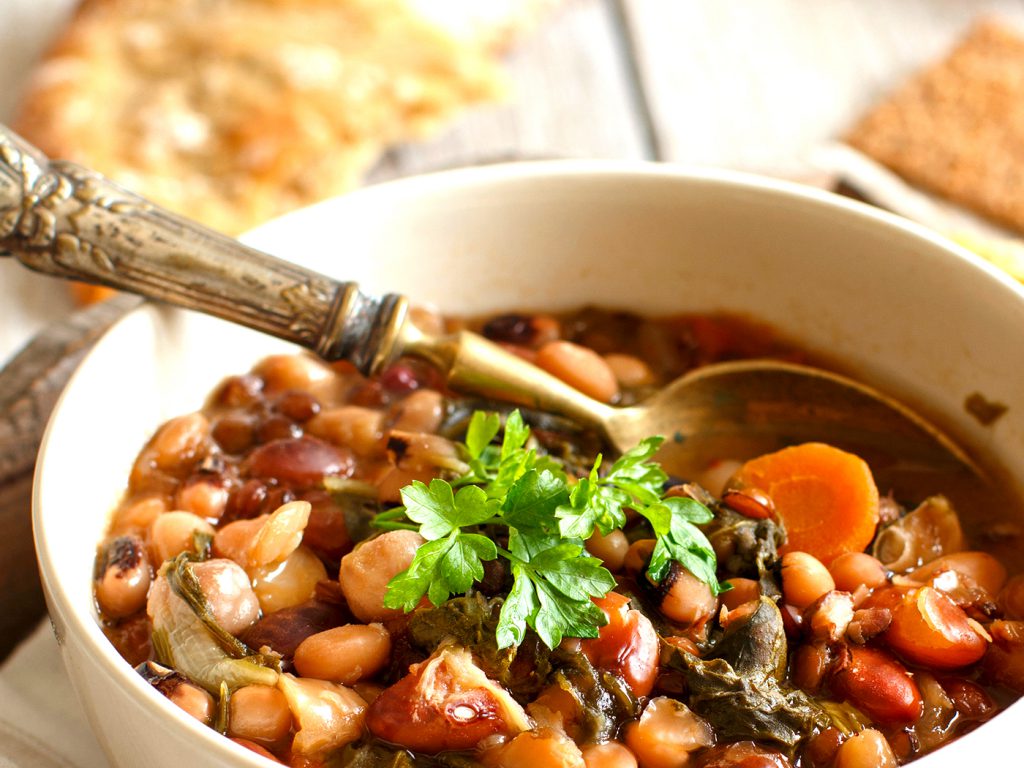 Meal prep is the answer to almost any healthy-eating obstacle. It saves you time, money, and reasons to dial Domino’s.

But there’s a big difference between grilling up a few extra chicken breasts and prepping enough vegetables to hit your five servings per day, every day. Beyond all the washing, slicing, and dicing required, veggies don’t tend to hold up quite as well in the fridge as protein does. Unless you choose them carefully.

Add the following seven prep-worthy vegetables to your grocery list. They’re not only full of protein and must-have vitamins and minerals, but with the tips below, you’ll have them on the table or in fridge-friendly containers in record time.

“I love these as the star of the plate,” says Sharon Palmer, R.D.N., author of Plant-Powered for Life. “They can take the place of meat, and are earthy, delicious, and filling.”

A single cup of cooked lentils contains roughly 18 grams of protein, plus huge doses of fiber, folate, and other minerals. They’re also one of the cheapest veggies money can buy.

Prep made easy: Lentils are a perfect base for stews and curries. Buy them dried, and throw the entire bag in the slow cooker with veggie broth, tomatoes, and your favorite herbs and spices, Palmer says. If you want to make things even easier, buy them precooked and canned. Just remember that canned lentils tend to be high in sodium, which can contribute to high blood pressure levels. Rinse them in water to limit the sodium.

Like lentils, beans are hearty pulses—the edible seeds from legume plants—that are teeming with both protein and fiber, says Caroline Susie, R.D., a Dallas-based dietitian. They’re also rich in iron, which is good news for anyone cutting down on iron-rich meat. Great bean options include black beans, cannellini beans, and chickpeas (a.k.a. garbanzo beans).

Prep made easy: You have two main options here:

From there, stick them straight into the fridge. Toss them into salads, soups, or even pastas whenever the mood strikes, she says.

Another great option is toasting chickpeas in the oven for a great anytime snack. Cover them with olive oil, your favorite herbs and spices, and pop in the oven at 450 degrees Fahrenheit for around 30 minutes, or until golden brown and crispy.

Yes, soybeans (a.k.a. edamame) are technically beans, but they deserve special mention on this list because they contain all nine essential amino acids that your body can only get from food. That’s rare to find in a single vegetable. Plus, one cup of cooked soybeans delivers 28 grams of protein.

Prep made easy: Buy them frozen to use whenever you’re in need of a quick, complete-protein snack, Susie says. While soybeans are great eaten plain, they’re also a tasty addition to stir-fries and salads. Combine them with black beans, corn, mango, chopped basil, olive oil, and salt for a tasty salad that will keep you feeling full for hours.

While it’s hard to beat pulses in the protein department, a single cup of Brussels sprouts still contains 3 grams of muscle-building protein, Palmer says. Combine that with more than 100 percent of the daily value of vitamin C, and it’s no wonder this veggie comes with superfood status.

Prep made easy: Brussels sprouts don’t have to be stinky. Throw them into a food processor raw, and hit blend to make next-level coleslaws you’ll want to eat with every meal, Susie says. No stink involved.

This cruciferous veggie packs 2.6 grams of protein into a mere 31 calories, making broccoli perfect for anyone trying to boost their protein intake while cutting calories. They’re also rich in fiber, which will help keep you satisfied between meals, Susie says.

Prep made easy: Buy broccoli fresh, and serve it steamed. According to 2009 research, steaming broccoli is the most nutritious way to cook the little green florets, helping to retain the greatest amount of vitamins and minerals possible.

Forty-three percent of every stalk’s calories come from protein, which is pretty incredible for a non-pulse veggie, Palmer says. Plus, asparagus is a great source of iron, which can be lacking in some vegetarian diets.

Prep made easy: Asparagus just might be the world’s easiest veggie to cook. Simply wrap the spears in paper towels, and microwave on high for about three minutes. You can adjust the time depending on how crunchy or soft you like your asparagus.

Technically, this one isn’t a vegetable—but quinoa is a seed that, left to its own devices, will grow into a vegetable. And like soybeans, quinoa is a complete protein with all nine essential amino acids.

Prep made easy: As if quinoa wasn’t great enough already, it’s incredibly easy to prepare, Susie says. Cook it on the stove—use 1¼ cups of water for every cup of quinoa—and then store it in the fridge to use all week.

Mix plain quinoa into salads, stuff it into bell peppers with black beans and other veggies, add it to soups and stews, or use it as a base for stir-fry. It’s richer in both protein and fiber than even brown rice.