Her philosophy: If you keep waiting to get good at something, your life will pass you by. 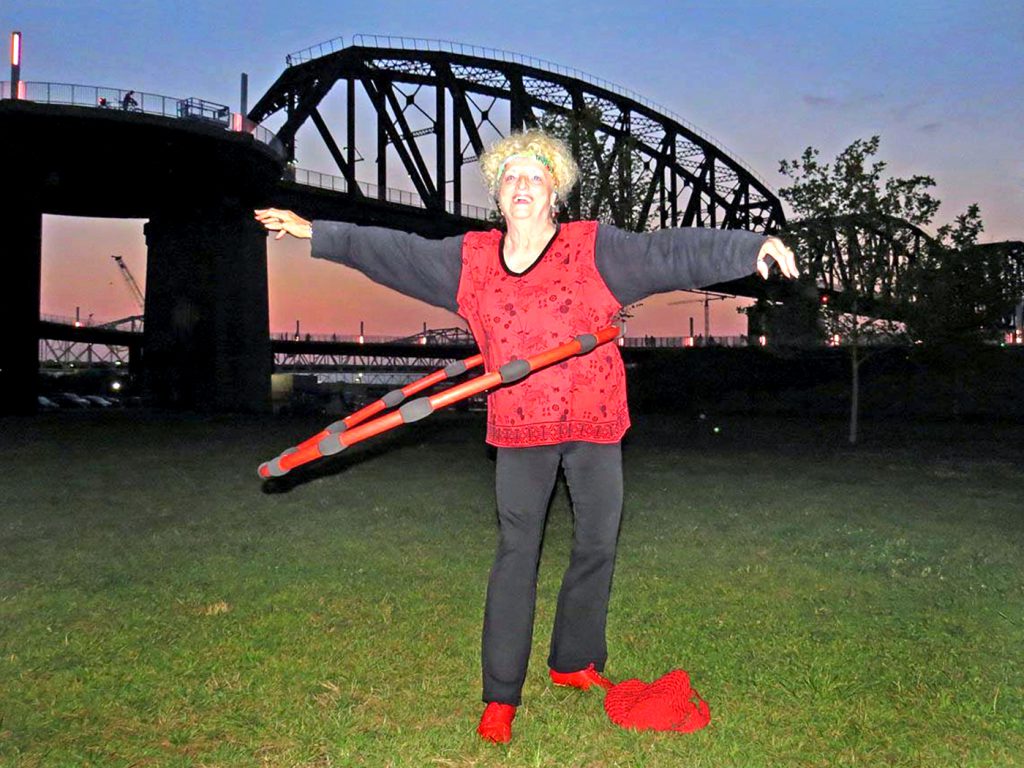 Mary Furlong Coomer takes flamenco classes, practices tai chi and yoga, hula hoops, and swims. You might also find her at a salsa or country line dancing party—when she’s not teaching SilverSneakers classes, of course. Yet, the 76-year-old claims she’s not very good at any of it.

For as long as she can remember, Mary says she’s had to really push herself to exercise. “I knew I should be doing something, but I was never someone who loved to work out.”

Over the years she’s dabbled in whatever activities she thought might be fun, though she rarely mastered the moves. And that was okay with her, until shoulder and foot injuries derailed her in her 60s.

As Mary’s activity level dipped, she realized she felt lousy. Her doctor urged her to get moving again, but she was in pain and reluctant. Finally, she took a hard look at herself and her lifestyle, and decided to take a small step: “I asked myself what was the very least I could do.”

The Class That Changed Everything

She settled on getting moving again by swimming and practicing T5T, or the five Tibetan rites, which are a hybrid of yoga and ancient Tibetan exercises. At first, she was only able to do three repetitions of T5T, but she eventually worked her way up to 21, an important goal for practitioners.

Once she felt better, she committed herself to being at least a little active every day, whether that meant hula hooping, going to a salsa party, or walking to her bridge group meeting. She dabbled in a bit of everything, but nothing stuck.

Finally, in 2014, Mary took her first flamenco class. She says she had been obsessed with flamenco since childhood, when she saw a Spanish dance troupe perform, but never had the time or the nerve to try it. At age 72, she decided to go for it—and she loved it as much as expected. Since then, she’s been taking flamenco classes twice per week, though she’s hardly a pro. 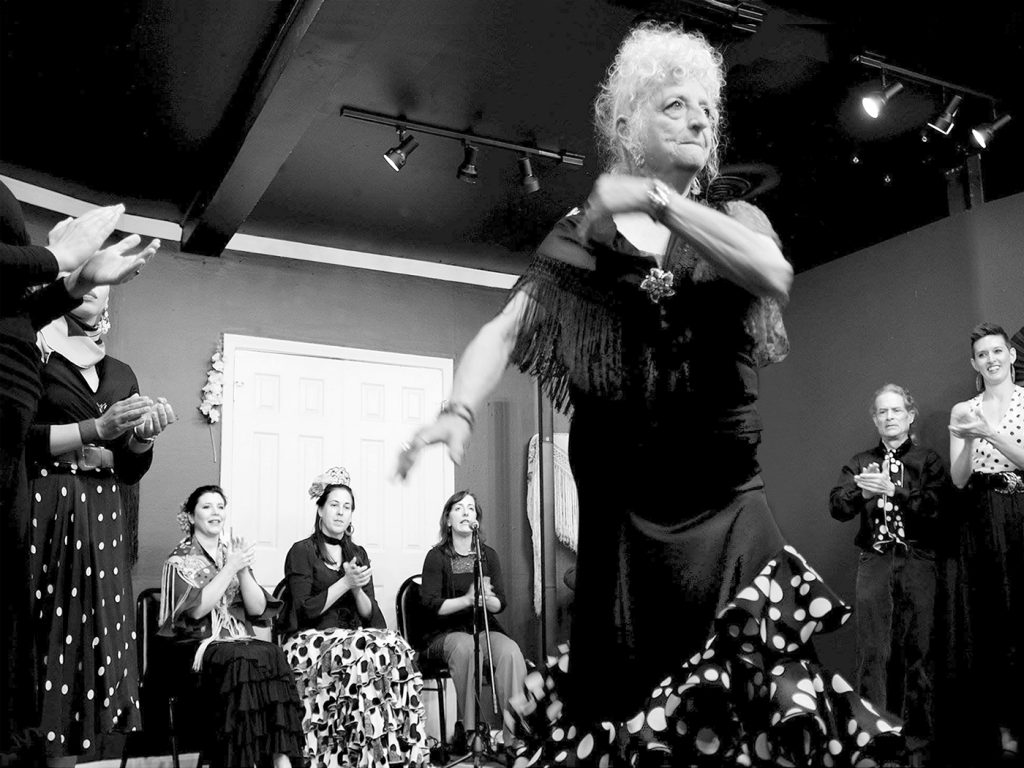 “I’m still a beginner,” Mary says. “I was promoted to ‘advanced beginner,’ but I couldn’t do it, so I went back to the intro class.” While some people might be upset that they had to demote themselves, Mary was unfazed. “The advanced beginner class was too stressful!” she says.

Around the same time, she spotted a Facebook post saying that SilverSneakers was looking for instructors. Mary decided instantly that it was the job for her, so she called the number. “One of my mottos is ‘inspiration follows action,’ not the other way around.”

The hiring manager quickly realized how motivated Mary was—she volunteered to drive from her home in Louisville, Kentucky, to Columbus, Ohio, to partake in SilverSneakers training—and at age 73, she became an instructor.

One Part Instructor, One Part Entertainer

Mary now teaches four SilverSneakers Classic classes every week at a YMCA in Indiana. “I have students in their 80s and 90s, as well as people who are younger than me,” she says. She encourages participants to do as much or as little as they can.

“I used to teach middle school, so I’m a cutup and like to make people laugh. I’ll warn the class about certain moves by saying, ‘If you’ve got store-bought knees, you might not want to do this one!’” Mary says. “For those who might want more than what we offer in class, I’ll tell them, ‘You can always go out to the torture chamber—I mean, the exercise machines!’” (Looking to test out cardio machines or weight equipment for the first time? Check out our beginner’s guide to the gym.)

The SilverSneakers members in Mary’s classes seem to respond well to her style—she has a base of regulars who attend every week. And even if she needs to take time off, she thinks of her students and is mindful of their various fitness levels.

Her students appreciate it. In fact, one thing is clear: She’s really good at her job. But don’t try telling Mary that—she’d never believe you anyway.