Experts say yes, even if you already had the old one. Here’s why. 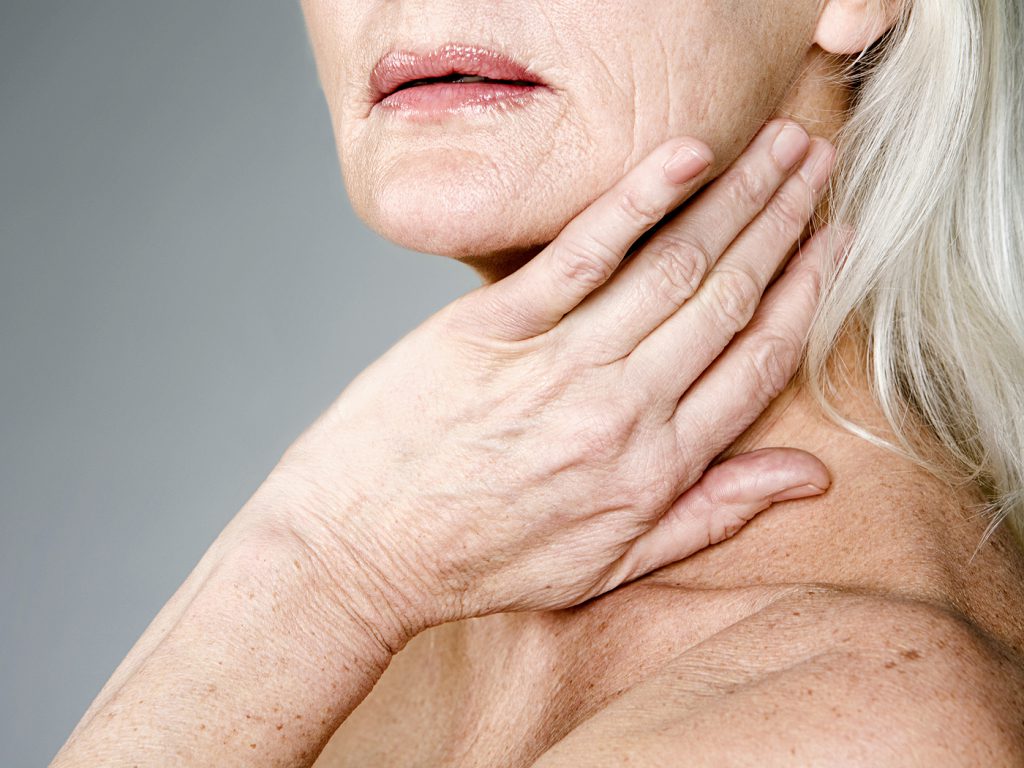 If you’re over 65, chances are you’ve already been vaccinated against shingles—or maybe you haven’t quite gotten around to it. Either way, here’s some pretty important news: There’s a totally new vaccine that will be available this month, and experts say you should get it, even if you already had the old one. Here’s why.

Q: What Is Shingles Anyway, and Why Is It Such a Big Deal?

Shingles is an illness that’s caused by the varicella zoster virus, which is the same virus that causes chickenpox. If you had chickenpox as a child—as did most people who grew up before the chickenpox vaccine came out in 1995—then this virus is hiding out in your body somewhere. It might stay dormant forever, but in one in three people, it eventually reappears in the form of shingles, according to the Centers for Disease Control and Prevention (CDC). Shingles can crop up at any age, but the risk goes up as you get older: Half of all cases are in people 60 and older.

Remember how itchy you were with chickenpox? Shingles is way worse. Pain is usually the first sign, and it’s followed by a blistering rash, says Sandra Adamson Fryhofer, M.D., an internist and adjunct associate professor of medicine at Emory University School of Medicine in Atlanta. “It can be excruciating,” she says. “It’s supposed to be worse than having a baby.”

Other symptoms might include fever, headache, and chills. Shingles can even get into your eyes and interfere with your vision. But perhaps the worst part is that the pain can be long-lasting: About one in five people who get shingles end up with a painful burning sensation that persists for weeks, months, or even years after the rash disappears. And you’re more likely to have this complication, called post-herpetic neuralgia (PHN), if you’re 60 or older.

Q: How Well Does the Vaccine Work, and Who Should Get It?

Until very recently, the only shingles vaccine on the market was Zostavax. It was recommended for people 60 and older, so you might have already had it. If so, it should cut your risk of shingles by 51 percent. And if you do get shingles, it will reduce your chances of PHN by 67 percent. Those numbers are substantial, but far from a guarantee.

Last month, however, the Food and Drug Administration (FDA) approved a new shingles vaccine, called Shingrix. It’s expected to become available this month, and it appears to be much more effective than the old vaccine.

“Shingrix is more than 90 percent effective at preventing shingles and PHN,” says Dr. Fryhofer, who attended the recent Advisory Committee on Immunization Practices (ACIP) meeting at which members voted in favor of Shingrix. (The CDC makes its immunization schedules based on recommendations from ACIP.) She also notes that the protective effects of Shingrix last at least four years, whereas Zostavax starts to lose potency the same year you get it.

A few other key differences: Unlike Zostavax, Shingrix is not a live vaccine. It also contains an adjuvant, a substance that’s added to some vaccines to help them work more effectively. Shingrix is approved for people 50 and older, and it’s given in two doses, generally two months apart. Zostavax is a single shot.

Q: I Already Had the Shingles Vaccine a Few Years Ago. Can I Skip This New One?

As with anything related to your health, that’s between you and your doctor. But the expert recommendation is that you should once again roll up your sleeve.

“ACIP also voted to recommend that anyone who has been previously vaccinated with Zostavax be vaccinated with Shingrix,” says Kathleen Dooling, M.D., M.P.H., a medical epidemiologist in the CDC’s division of viral diseases. “This recommendation was made because of the highly effective performance of Shingrix, especially in the elderly.”

Q: I Never Had Chickenpox. That Means I’m Not at Risk of Shingles and Don’t Need to Be Vaccinated, Right?

Sorry, but you should still get vaccinated. According to the CDC, more than 99 percent of people over 40 have had chickenpox, so you probably had it at some point even if you don’t remember it.

Q: Should I Be Worried About Side Effects?

Probably not. “Shingrix is safe and not associated with serious adverse events in healthy adults,” Dr. Dooling says. The most common side effects are pain, redness, and swelling at the injection site, but those issues should clear up within a few days. Some people might experience muscle pain, fatigue, headache, shivering, fever, vomiting, or diarrhea.

It’s also worth noting that, since Shingrix is a new vaccine, safety data beyond a few years isn’t yet available. “As with all vaccines, CDC and FDA will monitor Shingrix for potential safety concerns,” Dr. Dooling says.

Q: What About Cost?

For both Shingrix and Zostavax, check with your Medicare Prescription Drug Plan (Part D), Medicare Advantage plan (Part C), or other health plan about coverage and cost. If you don’t have coverage or your health or prescription drug plan does not currently cover Shingrix, talk to your doctor about your options.