This protein may cause tummy trouble, but only for people who have celiac disease or gluten intolerance. Here’s how to find out if that’s you. 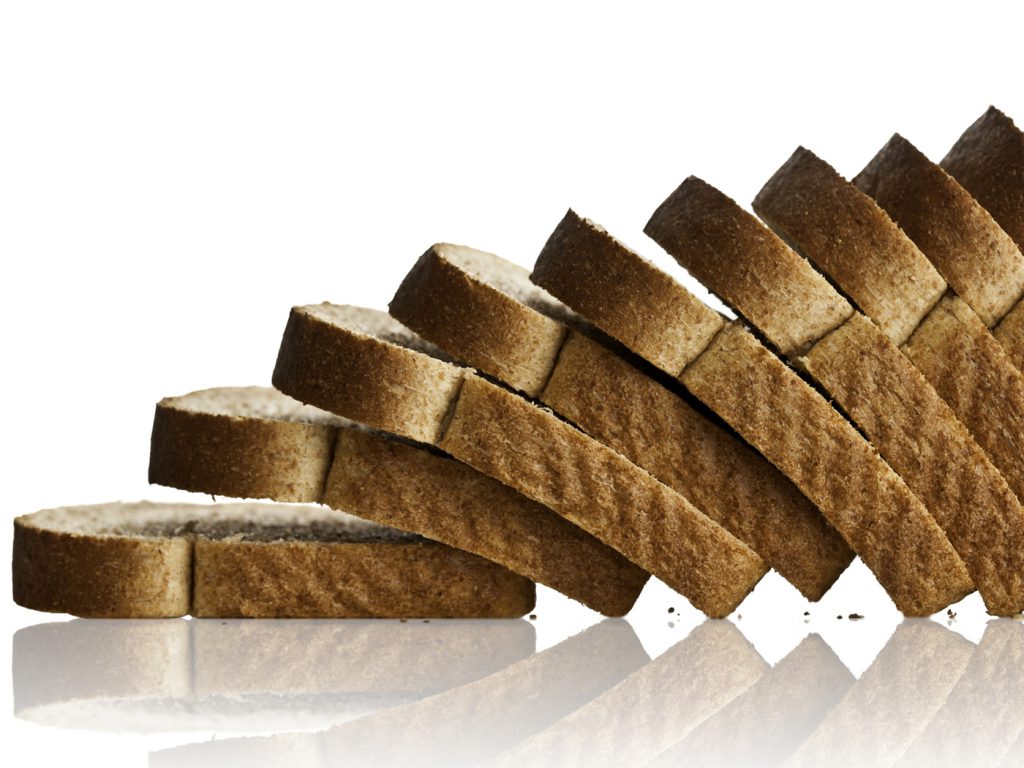 There’s a reason you’ve seen gluten-free foods popping up everywhere in the past few years: As many as 18 million Americans may be sensitive to gluten, the “glue” that holds many grain-based foods together.

“Gluten is a type of protein found in wheat, barley, and rye,” explains Nathan Myers, R.D., a clinical dietitian at the James J. Peters VA Medical Center and an adjunct professor of nutrition and health at New York University. It’s commonly found in bread, pasta, crackers, cereal, and baked goods.

Most people can eat gluten-containing foods without any problem. But if you have celiac disease or gluten intolerance, consuming gluten could lead to digestive distress or even make you seriously ill.

What You Should Know About Celiac Disease

The only people who have to avoid gluten completely are those with celiac disease, a chronic autoimmune condition. If you’re among the one in 141 Americans who has celiac disease and you consume gluten, you may experience bloating, gas, cramps, diarrhea, or constipation. You may also develop fatigue, bone or joint pain, headaches, or itchy skin rashes.

“In those who have celiac disease, the body reacts to gluten as though it is harmful, and the immune system damages the cells in the gastrointestinal tract as a result of its response to gluten,” Myers says.

This direct damage to your small intestine can cause long-lasting digestive problems, speed up osteoporosis, and interfere with your ability to absorb nutrients properly.

If you have celiac disease, avoiding gluten is a must. Unfortunately, many people who have celiac disease don’t know it. An estimated 83 percent of Americans with celiac disease are believed to be undiagnosed or mistakenly told they have a different condition. What’s more, some research suggests that a significant amount of patients are first diagnosed after the age of 50, according to a review published in Gastroenterology Clinics of North America.

The only way to find out if you have celiac disease is to see a gastroenterologist and have blood tests. If the initial tests suggest celiac disease, your doctor may then want to confirm the diagnosis with a biopsy of your small intestines. Check with your health plan to find a doctor or learn about your benefits.

What You Should Know About Gluten Intolerance

Some people who don’t have celiac disease still find that gluten bothers them. This is usually referred to as gluten intolerance or gluten sensitivity, and although it can be uncomfortable, it’s not dangerous.

“Gluten sensitivity that is non-celiac may be comparable to lactose intolerance,” Myers explains. “Eating gluten may cause adverse symptoms, but it does not actually cause direct damage to the GI tract or trigger the immune system.”

There’s no test for gluten sensitivity, but if you think you have it, you should talk to a gastroenterologist. The doctor will likely want to rule out other conditions—including celiac disease—before determining that you’re dealing with an intolerance.

People who are gluten intolerant should cut back on gluten, but they don’t necessarily have to eliminate it. “Gluten sensitivity can be managed by limiting intake of gluten to a level that reduces symptoms,” Myers says.

What If You Don’t Have Celiac Disease or Gluten Intolerance?

Going gluten-free has become trendy, but there are no good reasons for most people to avoid this protein. For starters, gluten-free foods can be much more expensive than their gluten-containing counterparts, according to a study in the Journal of Human Nutrition and Dietetics. And they often contain less fiber and protein but more fat, sugar, and salt than regular foods too.

A better way to improve your diet: Check out our guide to the new food pyramid for older adults. And to ease tummy troubles, add exercise to your day—regular movement will keep your digestive system working well. Even a 15-minute walk after a meal will help.