Follow these four simple steps to change your behavior for better health and more happiness. 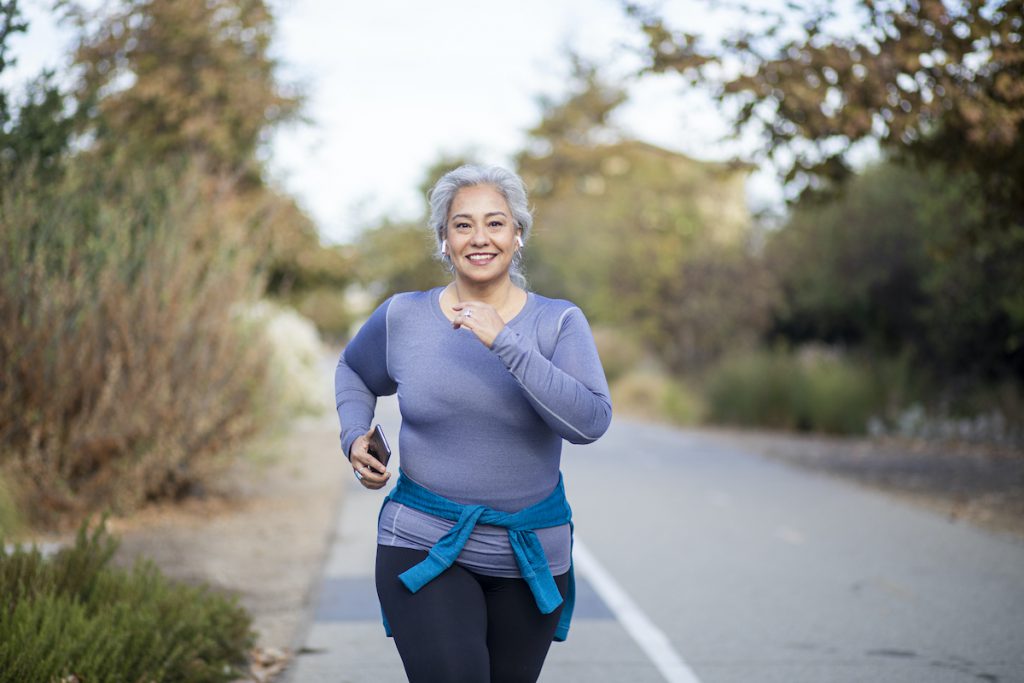 Think your actions are based on carefully thought-out decisions? Maybe, maybe not. Research shows that 43 percent of our everyday actions result from habits — the things we do without even thinking about them.

Habits are tricky, says Wendy Wood, Ph.D. She’s a professor of psychology and business at the University of Southern California and author of Good Habits, Bad Habits: The Science of Making Positive Changes That Stick. “Habit formation is a totally separate system from other kinds of learning,” she explains. “It doesn’t work like our conscious, thinking, deciding selves, and you can’t do it by setting goals and exerting willpower. Habits simply come from doing something over and over.”

And that takes time. How long? It depends. According to Wood, some habits take longer to develop than others. In one study, researchers found that people who aimed to begin healthier eating patterns had to practice for 65 days before it became automatic. Getting into an exercise habit took 91 days.

It may not be quick, but it’s worth the effort. Physical activity can help prevent chronic illnesses such heart disease and diabetes. It can even help reduce your risk of dying prematurely. Plus, a study that looked at data from more than 1.2 million adults found that those who exercised regularly experienced as much as 22.3 percent less mental illness.

One more good reason to improve your habits: Combining healthy habits such as exercise, good nutrition, and light to moderate alcohol consumption can even lower your risk of Alzheimer’s disease by a whopping 60 percent. That’s according to a 2020 study published in the journal Neurology.

But none of those good habits happen magically. They start deep within your brain, in a region called the striatum, as neurons fire up and habits begin to form. Here are some strategies to help them along.

1. Tap into the Rewards

Most of us like to do things that feel good. We might get in the habit of waking up early because seeing the sunrise fills us with joy and inspiration. Or maybe we always stay up past our bedtime because we like watching the late-night comics on TV.

It turns out that feel-good neurotransmitters — brain messengers such as dopamine and serotonin — play an important role in habit formation. Over time, repeated actions rewire your brain to help you perform those actions automatically. So before you decide to work on a new habit, make sure it offers you a reward.

“The pleasure you experience is self-reinforcing,” says Gary J. Kennedy, M.D. He’s a geriatric psychiatrist at Montefiore Medical Center in New York City. “Even an activity you don’t really enjoy — but that has to be done — can give you a feeling of accomplishment and convey a sense of purpose when it’s over. And it’s those positive rewards that help reinforce the habits,” Dr. Kennedy says.

Are you looking to make daily exercise a habit? “Find a way to make it enjoyable,” Wood advises. “When you go for a walk, listen to a podcast on your smartphone or work out with friends. Talking to people you like is a great reward — it keeps you doing the action again and again.”

Habit formation never takes place in a vacuum. It’s all about the interaction between your environment — your context — and your actions. After some time, a certain context gives you cues to do things that feel automatic. Do you get a craving for popcorn when you walk into a movie theater? Or scroll through your phone when you sit on the couch? Those are context cues that trigger actions that have turned into habits.

But there are ways to make your context work for you. Say you want to start a daily habit of eating a healthy salad for lunch. Fill your fridge with fresh veggies and clear a space on your kitchen counter for the tools you need. Eliminate the frustrations and set yourself up for the pleasure of fixing an Instagram-worthy salad. Trying to lose weight? Playing soft background music can lead to making healthier food choices, according to a recent study published in the Journal of the Academy of Marketing Science. Is your exercise bike gathering dust? Try placing it in front of the TV so that you can watch your favorite show while you ride.

“You can support a new habit by the context you’re in,” Wood says. “Re-engineer your environment to meet your goals.”

Shoes with rubber soles that grip keep you from slipping on a wet surface, and snow tires keep your car from sliding in the snow. That’s friction. But friction is part of habit formation too, Wood says.

“Friction is a force that makes a particular behavior more difficult,” she explains. It can be anything that stands in the way of starting a new routine.

“Distance can be friction,” she says. “If you have to travel a long way to the gym, you’ll go there less often — just a couple of miles can make a difference.”

Fatigue can be friction too, she adds. “That’s part of the reason supermarkets put candy at the checkout counter. You’re pretty tired from making decisions all the way through the store, so that chocolate bar can keep you from sticking with your healthy-eating plans. Our behavior is very sensitive to friction.”

The good news: There are many ways to eliminate friction as you seek to form healthy habits. You can join a gym closer to your house or just go for a walk around the neighborhood. Find ways to remove the obstacles that keep you from the behaviors you want to promote.

If you want to break a bad habit, use some tricks to increase friction, Wood says. Say you’re eating too much at mealtime. Make food less accessible. “There was a great study of people who were in an experiment in a lab room, with a bowl of buttered popcorn either right in front of them or placed farther away. People ate many more calories when the popcorn was closer.”

Make friction work for you by controlling the food in your house. “You can freeze the junk food, for example, so you have to make a decision to warm it before eating,” Wood suggests. To rein in your spending and improve your financial health, try adding friction by using cash instead of credit cards.

According to a 2019 study published in Psychology Review, habits are the product of our past actions. And you can form new habits by repeating an action again and again until it sticks.

“The science of habit formation shows that our habits come from experience,” Wood says. “They’re formed when you repeat a behavior over and over in the same context.”

So keep at it, even when you don’t feel like it. Those new habits will make a big difference in your life.

Not a member? If you have a Medicare plan, it may include SilverSneakers — at no additional cost. Check your eligibility instantly here.