You don’t have to limit yourself to plain grilled chicken breast. These strategies will help you dine out while keeping your blood sugar in check. 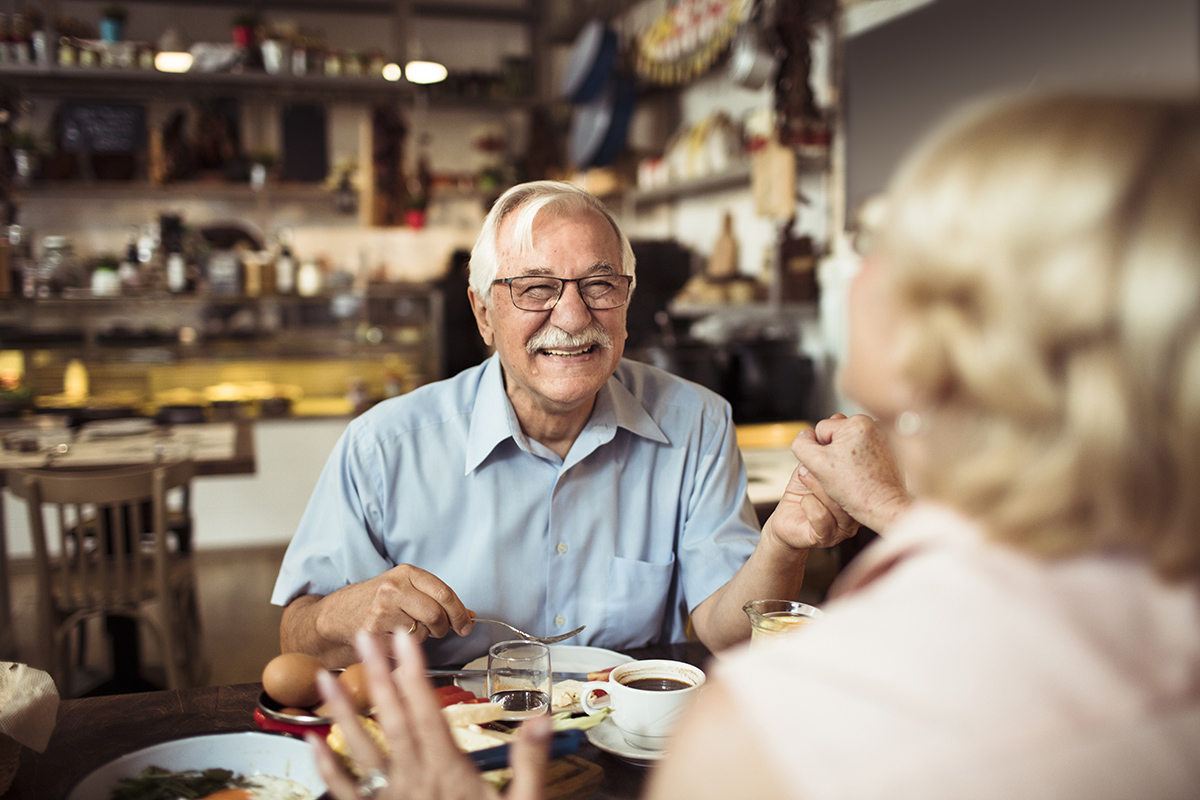 It’s no secret that it’s easier to stick to your meal plan when you’re eating in a more controlled environment, such as your home. But going out to dinner with friends and family or attending an event is part of life — and a great part, at that!

Still, between carb counts, portion sizes, calories, sodium, saturated fat, and more, “eating out and eating healthy with diabetes is tough,” says Toby Smithson, M.S., R.D.N., a South Carolina–based diabetes lifestyle expert with DiabetesEveryDay.com who has lived with type 1 diabetes for more than five decades. “So we just need to be tougher.”

We asked Smithson and other experts for their best tips for eating away from home while keeping blood sugar in check and sticking to a diabetes-friendly meal plan. Here’s what they had to say.

Tip #1: Do Your Homework

Many restaurants post their menus online these days. Some also include nutritional information.

“Review the menu or nutrition facts before you leave the house so you can make informed decisions,” Smithson says. “Because when you’re out to dinner, you get distracted by conversation. Then the waitstaff comes by and asks what you’d like, and you’re overwhelmed by this big menu.”

Fast-food and fast-casual restaurants are more likely than fancy, independently owned ones to post nutritional information. And while fast food isn’t the healthiest choice for anyone, diabetes or not, you can use this to your advantage and seek out places that have tasty, workable options, such as burrito bowls (basically the inside of a burrito served in a bowl and without the tortilla), poke bowls, or salads.

Wherever you dine, look for dishes that are grilled, roasted, or steamed, and steer clear of anything fried, breaded, or glazed (glazes are often high in sugar).

A 1-ounce serving of cheese is about the size of four stacked dice, yet your favorite Italian cafe’s burrata dish is probably bigger than a deck of cards . This is the portion-control dilemma faced by restaurant diners every day. Gigantic servings may not be a problem if you’re ordering steamed broccoli, but for foods higher in carbs, sodium, and saturated fats, portion control is critical.

People with diabetes have twice the risk of developing heart disease, regardless of weight, Smithson says. So “saturated fat and sodium matter.” And carbohydrates should be monitored because they cause glucose levels to rise, which over time “can lead to further insulin resistance in people with type 2 diabetes and complications from diabetes in people with both type 1 and 2,” says Nazirber Maduro, R.D.N., C.D.N., a bilingual registered dietitian nutritionist serving immigrant families in Florida and the greater New York City area.

Make sure you know your portion sizes, especially for high-carb items. For example, a half-cup serving of rice is about the size of a scoop of ice cream. And that’s the scoop you have at home, not the kind used at a county fair. Smithson says it helps to practice at home first.

“I weigh baked potatoes at home on a scale, so when I’m eating out, it’s easy to visualize,” she says. She usually eats a 6-ounce potato, which is about the size of two fists and has approximately 30 grams of carbs. If someone needed or had space for only 15 grams of carbs, they would want a 3-ounce potato, which is the size of one fist, she says.

When your dish arrives, if the food is so plentiful that it’s spilling off the plate, ask your server to immediately wrap up half of the dish so you can bring it home for tomorrow’s lunch or dinner. “Don’t think of it as missing out, but rather that you can enjoy that meal a second time the next day,” Smithson says.

Your meal is important, but so are the bread, chips, condiments, and drinks. “They all add up, so take those into account — not just the entrée,” Smithson says.

Some sneaky items to look out for:

This tip comes from Adam Brown, author of Bright Spots & Landmines: The Diabetes Guide I Wish Someone Had Handed Me. Examples include:

Plant-based eating can offer some potential benefits for people with diabetes, Maduro says, such as increased intake of anti-inflammatory nutrients called phytochemicals that can slow down the progression of the disease. Phytochemicals are found in vegetables, fruits, whole grains, spices, and tea.

Choose dishes made with whole, recognizable ingredients, such as stir-fried vegetables with brown rice, cauliflower “steak,” gazpacho, veggie chili, or a vegetable omelet. While meatless “meat” or the tortilla chips at your favorite Mexican restaurant are technically plant-based, “they aren’t the type of plant-based eating that has been shown to reduce complications of metabolic diseases like diabetes,” Maduro says. You want real food that comes from the earth.

While people with diabetes should probably avoid juice- and mixer-filled cocktails like daquiris and mai tais, “a glass of wine can easily fit in,” Smithson says. Other options for lower-carbohydrate alcoholic beverages include a martini, a Manhattan, and certain hard or spiked seltzers (ask the server or bartender to make sure it has less than 5 grams of carbs per serving).

Smithson adds that if someone with diabetes is interested in having alcohol while out to eat, they should check their blood sugar beforehand to know which way it’s trending. “If their blood sugar is at 70 mg/dl or below, they should have a fast-acting carbohydrate like a half-cup of juice and wait on drinking any alcohol.” How long should you wait? Smithson suggests checking your blood sugar again after 15 minutes.

Also, never drink on an empty stomach, as it can be difficult to recognize the difference between low blood sugar and intoxication, she says. Plus, for some people, “drinking alcohol gives a numbing effect, so you won’t be in your best troubleshooting mode” when ordering food.

Tip #7: Remember That You Are the Customer

In Brown’s book, he writes about a trip to a Thai restaurant, during which the server was “astonished that I didn’t want a side dish of rice with my Chicken Ka Prow.”

The result? “[A] yelling match in Thai across the restaurant with the chef,” he writes. “I assume it was something to the effect of, ‘This guy says he doesn’t want rice. Can we even do that?’”

You can! You can also order burgers without the bun (lettuce wraps work nicely instead), open-faced sandwiches (with just one slice of whole-grain bread), and burrito bowls.

“Remember, you are the customer,” Smithson says. “You have the right to order the dish the way you like. It may be necessary to leave a sauce off — a lot of salmon dishes have honey glazes,” for example. Ask for your salmon to be prepared a different way or with a different sauce, or ask for the sauce on the side. Ditto for the delicious-looking Mexican chopped salad that comes with a creamy jalapeño dressing. You might be surprised by how accommodating some restaurants can be.